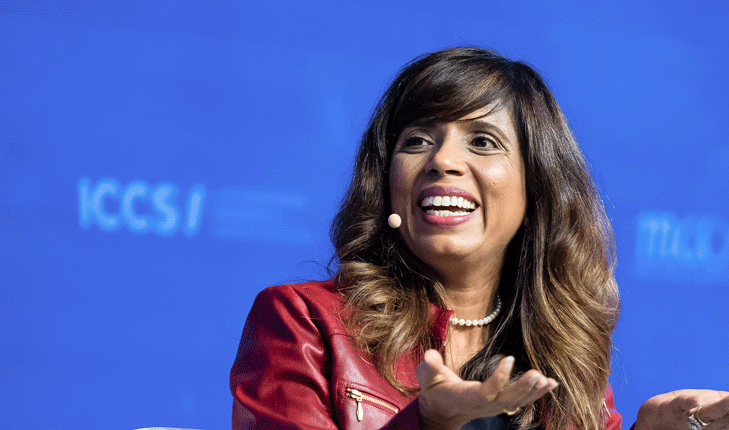 This chair is historic and unique in the United States where these two ancient religious traditions of India join hands to share the teachings of both traditions at CSU Fresno, a university release said.

Dr. Jiménez-Sandoval announced Howard, associate professor of religious studies in the Department of Philosophy, as the first Endowed Chair in Jain and Hindu Dharma at Fresno State. Howard specializes in Asian religious traditions, including Hinduism, Jainism, Buddhism and Sikhism.

She is also the coordinator of the Peace and Conflict Studies program at Fresno State.

“With this endowment, Fresno State will build bridges of understanding to these ancient and beautiful religious traditions. It will offer opportunities to ensure student success, and it will broaden their intellectual horizons and beyond,” said Jiménez-Sandoval in a statement.

“Dr. Veena Howard is uniquely qualified to hold this chair. She has a background in the languages, philosophies and religious practices of both of these traditions, and with her expertise, she will lead us in expanding the study of dharma at our university,” Jimenez-Sandoval added.

As Endowed Chair in Jain and Hindu Dharma, Howard will teach Hinduism and Jainism along with other Asian religions and support Jain and Hindu scholarly endeavors for students, including scholarships, stipends and research funds, the university said.

Howard shared her personal story of growing up in both Hindu and Jain Dharma traditions and expressed her gratitude and enthusiasm for this appointment.

“Like two rivers running parallel and at times intertwined to create a rich ecosystem, Hinduism (traditionally known as Sanatana Dharma) and Jainism (Jain Dharma), which originated on the Indian subcontinent, for over three millennia serve as a model to building pluralistic and peaceful relations,” Howard explained, according to the CSU release.

“Mahatma Gandhi was a product of both Jain and Hindu traditions and teachings. Gandhi was born in a Hindu family but was strongly influenced and molded by Jain friends, monks and Jain vows,” she added.

Over two dozen families, individuals and foundations came together to create the Endowed Chair in Jain and Hindu Dharma.