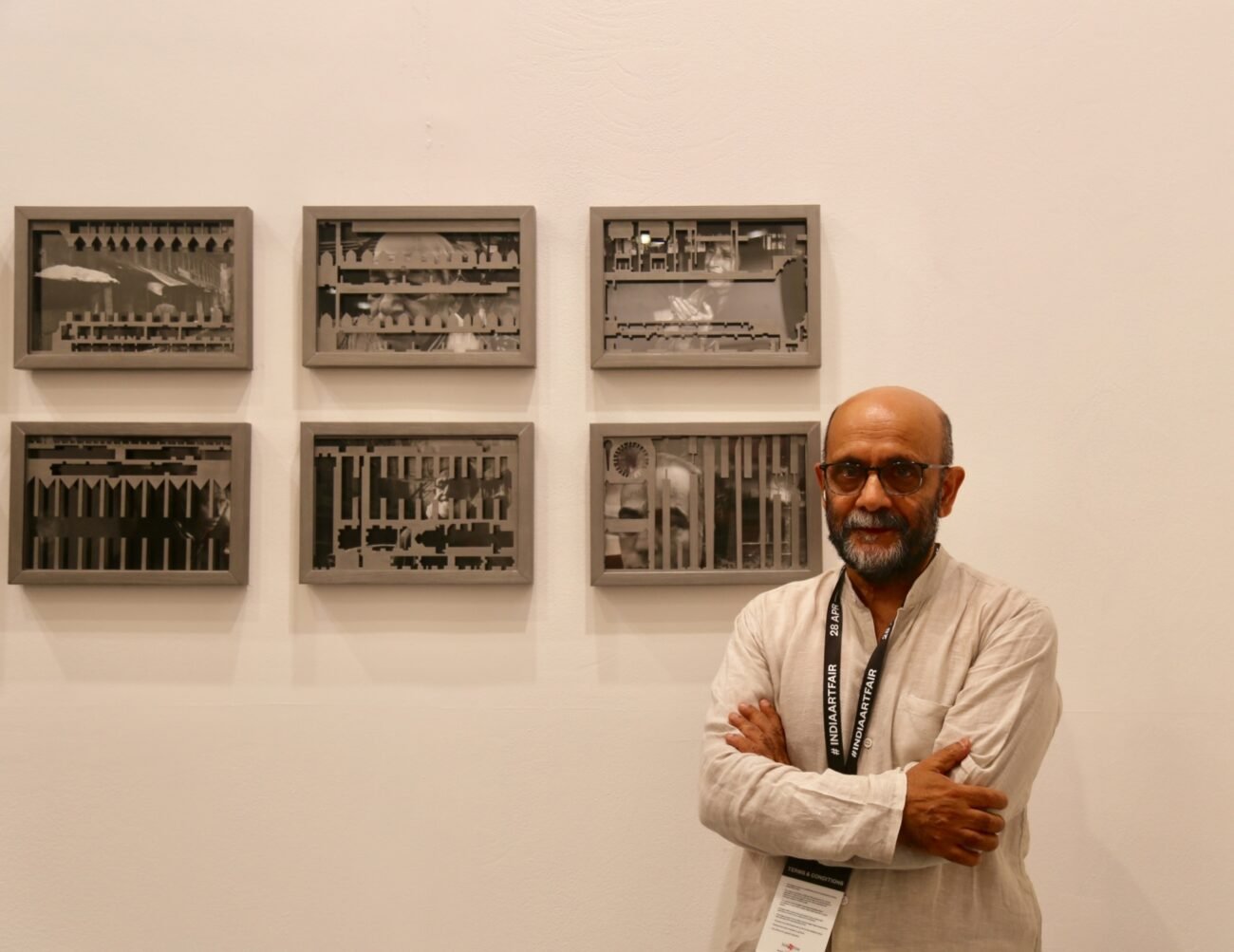 NEW DELHI, (IANS) – During the height of the pandemic, artist Veer Munshi made several trips to Kashmir, a place not unfamiliar to quarantines, though of a different kind. There, he began photographing people he knew through their windows who were in confinement.

“I tried to use architecture, spaces, heritage buildings and houses. To confine people beyond that architectural space is how I did this body of work,” he says about ‘How Green is My Valley’, a grid of 14 photographs and one video.

For Munshi, who was forced to leave Kashmir like many other Pandit families, art is an extension of one’s life and experiences. Though his training at Baroda was different from what he does now, he says things can change when one is hit by life. “I loved to be in Kashmir after college but the political scenario that forced us to leave hit me deeply — something that comes out in my works. There was political unrest and homes were in shambles, how could I be left unaffected?”

Admitting that he did one to emerge out of it, but his mind was just not in rest, he says, “Well, after a few years, I did change my work, but when I went back to the Valley, it started again. However, I decided to look beyond my personal displacement.”

For someone whose house was burned down, he started documenting abandoned houses there. “This was the first time I had explored photography and started investing in cameras. And 15 years later I again went back to Kashmir, and I got caught between stone pellets and security. The next day, I saw automobiles parked in a very different way and that stayed with me. After I got back to Gurugram, I started drawing them.”

Believing that every time he goes to Kashmir, something emerges, he adds, “Once I get a body of work back home from here, I feel I am done but something new strikes. Just like during the Pandemic times — confinement caught my eye, I did not have to struggle for it, it just came out.”

He says that while some ideas work and some do not, he does not necessarily go with the notion that he has to create something. “The same is with my papier-mache. I meet different people downtown on my walks, and they have their own stories to tell.”

Talking about the art form (papier-mache), Munshi is sad that it is dying as it is not lucrative enough for the next generation in Kashmir and youngsters would prefer corporate jobs rather than knitting or creating art.

“Kashmir is seen as a politically unstable area but we did reach a point where an effort was made to bring artists who left Kashmir and went to other places. We need intellectual property to be restored there — artists, theatre people and writers,” says Munshi whose next project will be a collaboration of his individual works and those of craftspeople.