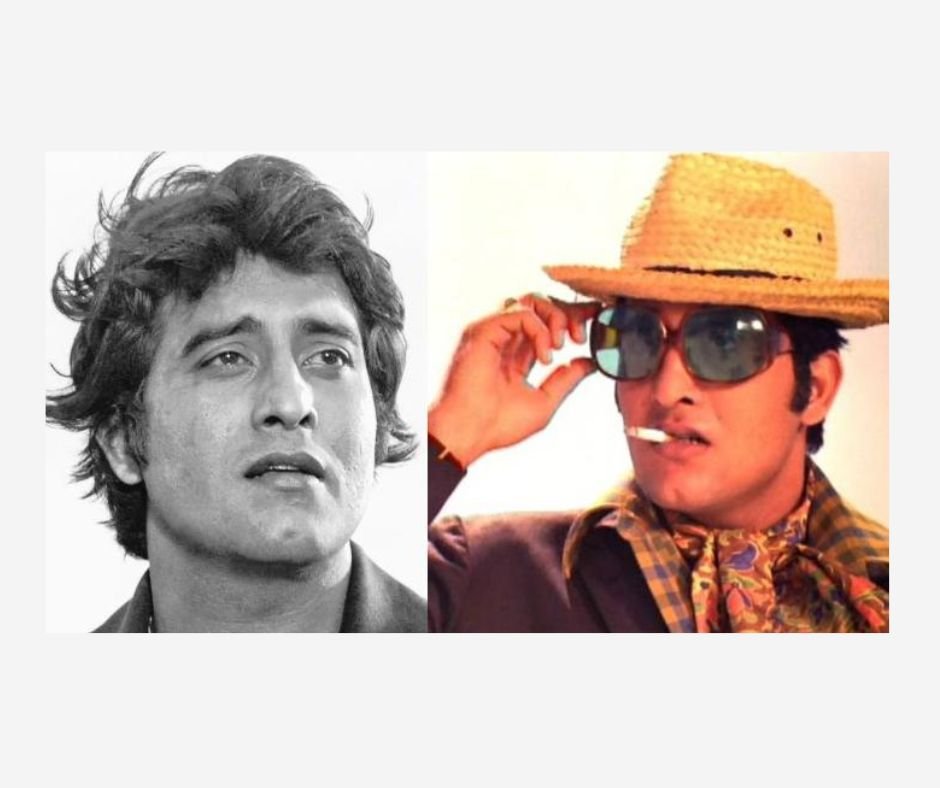 MUMBAI – Busting two Bollywood myths – that an actor who became successful as a villain would be fated to remain one, and that a prolonged disappearance could be career-finishing – Vinod Khanna made his mark as the first ‘angry young man’ of Hindi films, well before Amitabh Bachchan, and ended up playing an ‘angry old father’ around four decades down.

But whatever role he played – good, bad, or even supporting – he ended up making his presence felt. Can you think of any other Bollywood hero who won applause for beating up Amitabh Bachchan on screen?

Born in Peshawar in 1946, Khanna’s family translocated after Partition to then Bombay, and Delhi, where he studied in Delhi Public School, and then back to Maharashtra. It was at a boarding school in Deolali, near Nashik, that he picked up a fondness for films and a desire to join the industry. But he completed graduation first. He was also a keen cricket player, but he realized he did not have enough skills to go far in it and plumped for acting instead.

Standing out with his imposing height and physique, crowned with a sculpted and expressive face, he caught Sunil Dutt’s attention at a party and was offered the villain’s role in his “Man ka Meet” set to launch his brother Som Dutt.

However, Khanna had to play a stratagem to convince his father, who did not hold the film industry in very high regard. And for this, he dragged along a Sunil Dutt employee, whose father was known to his father, to show how there were respectable people in the field. He never forgot his debt to Dutt – and some years later, when the latter was in a tight financial problem and even was mulling over shutting down his Ajanta Arts, Khanna, on learning about it, canceled his shooting schedule and went to him to express solidarity. He also worked in his next film, which became a hit, and covered his losses.

While his roles in ‘Mastana’ and ‘Sachaa Jhuthaa’ (both 1970) were appreciated, it was 1971 which was a watershed – he appeared in a dozen films, including the acclaimed ‘Mere Apne’ where as Shyamu, he stood his ground against a bombastic Shatrughan Sinha, while displaying the vulnerability of the ‘angry young man’ in that pensive song, “Koi hota jisko apna…”

The year also saw him in his first role as hero in ‘Hum Tum aur Woh’.

Noticed for his special appearance in Jeetendra’s ‘Parichay’ (1972), the role that brought him to prominence was as a military officer on the death row after killing his wife and her paramour in ‘Achanak’ (1973), one of the Bollywood adaptations of the notorious Nanavati case.

After that, there was no looking back for him – as a hero. Cast as a police officer or a criminal so far, he proved he could display a softer side too as in ‘Imtihaan’ (1974), playing an idealistic college professor trying to reform a group of unruly students. The song ‘Ruk Jaana Nahi’ is particularly memorable.

Appearing in a string of famous Bollywood films, Khanna always left his mark whether by himself or against established or upcoming stars – from Shammi Kapoor and Rajesh Khanna, down to Salman Khan and Shah Rukh Khan. However, some of his best films were with Amitabh Bachchan and Feroz Khan.

In the first part of his career, his memorable roles included the stern, dutiful Inspector Amar in ‘Amar Akbar Anthony’ (1977) – where he thrashed up Anthony, played by Amitabh but unbent towards to the end to appear as a cheery, one-man band in the climatic ‘Honi ko anhoni kar de’, as con-artist Ajay in ‘Hera Pheri’ (1976), again opposite Amitabh, another Amar, but on the other side of the law in ‘Qurbani’ (1980) where he displayed his Pathan heritage in the eponymous song and eventually lived up to the film’s name.

The, he was the workaholic railway engineer in multi-starrer ‘The Burning Train’ (1980), and an understanding doctor in reincarnation love story ‘Kudrat’ (1981), where he did not let Raaj Kumar and Rajesh Khanna eclipse him.

Khanna, who had become a disciple of godman Rajneesh in the mid-1970s, then took an extended break from the film industry, notwithstanding being at the peak of his career. He moved to the godman’s ashram in the US where he reportedly was also a dishwasher and gardener. However, he found time to wrap up his pending commitments.

He returned to Bollywood in 1987, where his career took off again seamlessly. Mostly seen in action films, usually in his trademark police inspector role, he paired well with Meenakshi Seshadri in ‘Satyamev Jayate’ and Dimple Kapadia in ‘Insaaf’ (both 1987).

But what signaled his comeback in full vigor was Feroz Khan-helmed ‘Dayavan’ (1988) where he played a crime don, patterned on Varadarajan Mudaliar, and shared a sparkling chemistry with Madhuri Dixit (sharing a long kiss and the sensuous ‘Aaj Phir Tum Pe’).

He also enjoyed a flourishing political career, which saw him rise to Minister of State for External Affairs in the Atal Bihari Vajpayee government, and though his output slackened, he never fully abandoned the film industry, or lost his penchant, holding his own against Salman in the ‘Dabangg’ series.

His last film was ‘Dilwaale’, starring Shah Rukh and Kajol (2015), before he lost his battle against cancer in April 2017.