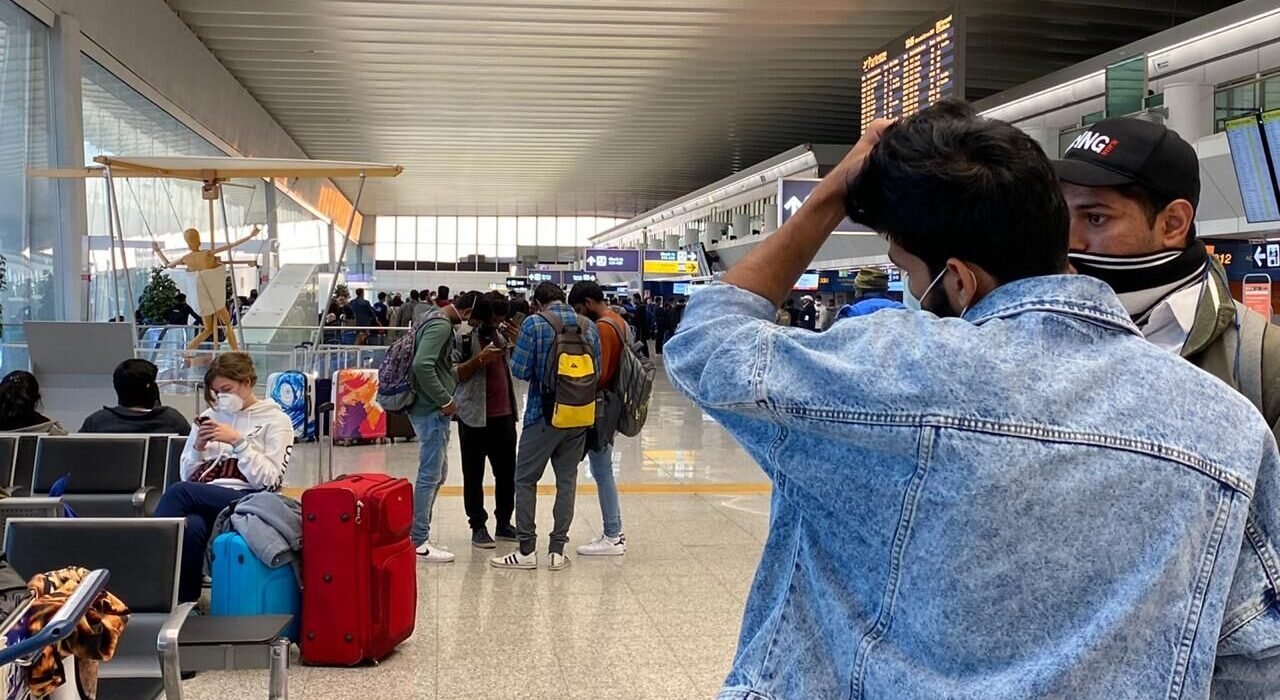 File photo of Indian students at the airport who were previously in Italy. (IANS photo)

NEW DELHI – The United States June 15 assured more visa appointments to Indian students in the coming weeks after a rush for interview slots among applicants was witnessed at the embassy portal on opening day.

On June 14, student applicants, slated to join U.S. colleges, had faced some glitches on the embassy portal. The embassy had asked the applicants to refrain from refreshing their accounts too often.

“We are aware of the high demand for student visa appointments. Please remember, do not refresh too often, as you may be locked out of your account. Appointments remain available at all posts, and we will continue to add appointments as conditions allow,” the U.S. embassy said in a tweet Monday.

According to a student platform Study International, the travel ban against travelers from several countries is still in effect; however, international students with U.S. student visas are exempted.

Appointments can be booked at the United States embassy in New Delhi and U.S. consulates in other Indian cities.

Earlier, the U.S. embassy had cancelled the majority of in-person appointments for immigrant and non-immigrant visa processing due to the pandemic.

The U.S. State Department had said that the pandemic has continued to affect the ability of embassies and consulates around the world to resume U.S. visa services.