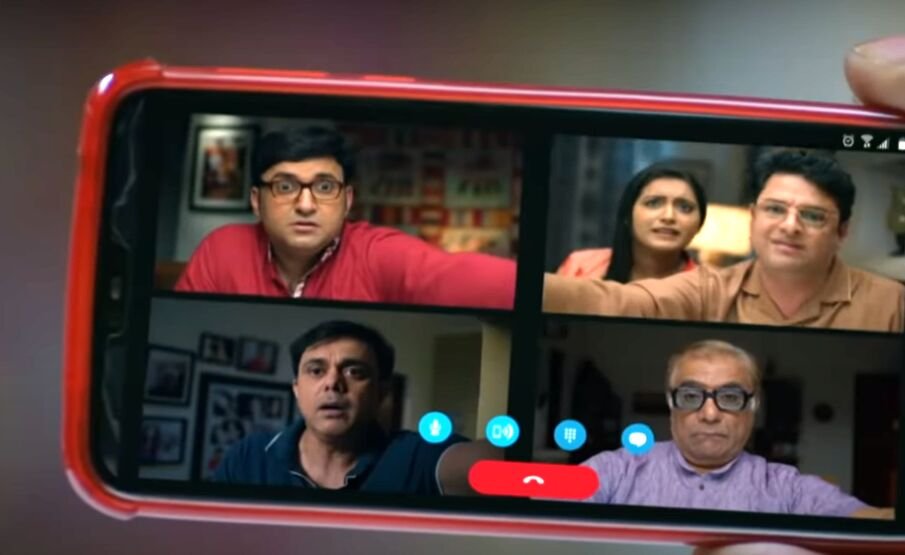 Originally a sitcom inspired by R.K. Laxman’s “Common Man” in 1988 with the protagonists also selected by the genius, “Wagle Ki Duniya” extends its reach to a completely contemporary zone with the two senior “Wagles”—Srinivas and wife Radhika—now retired.

Their son, the rather nervous, middle-class courier company employee Rajesh (Sumeet Raghavan) and his family are now settled in suburban Borivali, so Rajesh persuades his parents to sell off their Dadar premises and move in into an apartment below in their society, out of sheer love for them and desire for their company at all times.

Happily, his family is equally affectionate—wife Vandana (Pariva Pranati) who is from Patna and loving but normally naughty kids Atharva (Sheehan Kapahi) and Sakhi (Chinmayee Salvi). There are also the eccentric but lovable residential society secretary Dakshesh (Deepak Pareek) and the garrulous and golden-hearted domestic Asha (Urmila Katkar).

True to form, the Marathi family is shown with its typical traits and every episode has a different story. Srinivas takes time adjusting to the new location, cannot sleep (which leads to hilarious results) and there are perfect seriocomic touches each time. An episode (Valentine’s Day) that seems to crumble midway, stabilizes in time.

At 100 episodes, obviously, this reviewer cannot wait for all: I have watched six so far. But you do not have to eat the whole egg to know that this it is good. Though I am sure they would have done even better with just 25 or 50 episodes.

The performances are all high-class, and full marks to Srivastav and Achrekar in particular who continue to be brilliant in their iconic characters. Raghavan is outstanding again, no matter what the role, and so are those who play his family.

Pareek and Katkar also shine, as does the man who plays the society watchman.

Do not miss this perfect sequel made at the perfect time.