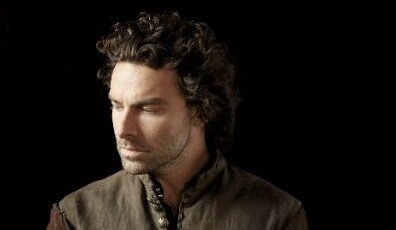 MUMBAI — Aidan Turner, best known in India as Kili in “The Hobbit” film series, will play Leonardo Da Vinci in the web series “Leonardo.” The show is all set to premiere in India on April 9, ahead of its release in the UK and the US.

The eight-part series will focus on the life of Leonardo Da Vinci, one of the most fascinating figures in history. Da Vinci, primarily known as an artist and painter, was also a distinguished inventor and authority in subjects such as anatomy, astronomy, botany, cartography, and paleontology.

“To play a character like that, a historical figure, an artist, it can be intimidating and quite terrifying. But I think Frank Spotnitz’s scripts focus a lot on who’s the man behind the genius and that’s what motivates him as an artist and as a person,” Turner said.

Apart from reading script, Turner is also to historians. “They all focused more on the kind of artist he was. Also, he wasn’t as extrovert as someone like Michelangelo (Italian sculptor, painter, architect and poet of the High Renaissance age). It seemed like he was more of a private person.”

“I suppose he had the same vulnerabilities as we all have — a young artist who wasn’t traditionally schooled and had a very fraught relationship with his parents. He was raised by his grandparents,” the actor said.

He added: “As a student, he was surrounded by people who would have been educated, so you can imagine how his late teens or early 20s would have been.”