HomeArts/BooksWendy Doniger: My Book Intended to Praise Openness of Hindus Through the Ages

Wendy Doniger: My Book Intended to Praise Openness of Hindus Through the Ages 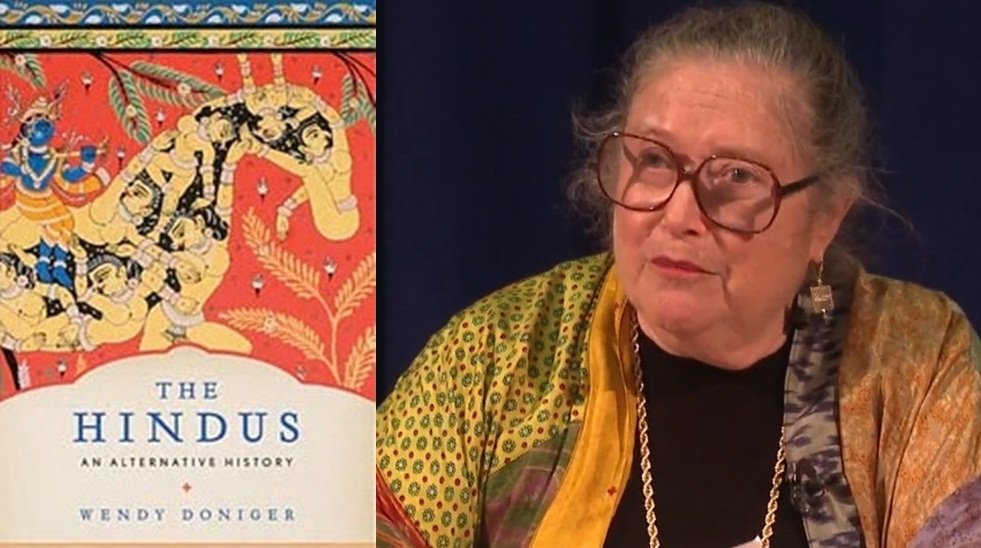 Wendy Doniger: My Book Intended to Praise Openness of Hindus Through the Ages

CHICAGO, IL – American author Wendy Doniger, an authority on Hinduism and a Sanskrit scholar who has to her credit, works on the subject, including ‘The Hindus: An Alternate History’, ‘Hindu Myths’, ‘The Origins of Evil in Hindu Mythology, ‘The Ring of Truth’, ‘Dreams, Illusions and Other Realities’ and translations of the ‘Rig Veda’ and ‘Kama Sutra’, whose latest, ‘An American Girl in India’ (Speaking Tiger), recently hit the stands, says she did not so much conceive the book as stumble upon it.

“When I retired from the University of Chicago in 2018 and was cleaning out my office, I found a box of letters and read one that began with: ‘Calcutta, December 10, 1963. Dear Mommy and Daddy.’ My mother had apparently kept the letters all those years, and when she died the box came to me, but I never opened it until then. As soon as I read them, I thought they might be of interest to my students and my readers, especially in India,” recalls the Mircea Eliade Distinguished Service Professor Emerita of the History of Religions at the University of Chicago.

Doniger, whose book ‘Hindus: An Alternate History’ created a controversy, says that she does not really look back at that period at all. “To tell the truth, I would still write ‘The Hindus’ the way I wrote it, for the most part; but would try to improve the weakest part, which is the later section on Mughal and British history, about which I know much less than I know about ancient India.

“I still feel that what I wrote about ancient India was basically accurate and written in the hope of showing how the voices of women and Dalits were always there in the texts, in praise of the open-mindedness of Hindus through the ages. And many, many Indian readers have written to me over the years, telling me that they did indeed understand what I was trying to do and that they liked the book.”

For someone who has always insisted on the liberal essence of Hinduism, boasting of much multiplicity, its contemporary avatar projected by certain quarters which comes across as uni-dimensional, should be attributed mainly to politics. She stresses, too, that the country in 1963, as she discovered in her letters, was much different from contemporary India in many other ways too.

“Television and the internet had not yet invaded the countryside, and there was an openness to visitors from abroad, and pride in an India that was still shaking itself free from the colonial yoke, that made people happy to share their culture with someone who clearly appreciated it. In that happy atmosphere, multiplicity thrived, and I was able to make friends with all sorts of different people,” Doniger remembers.

Adding that back then the mood was much different from the hyper-sensitive religious sensibilities of today, not just in India but throughout the world, Doniger, who, from her first book ‘Asceticism and Eroticism in the Mythology of Siva’, to the latest, has been on a decades-long journey with India, says, in addition to the changes made by television and the Internet, there are inevitable results of modernization in general that have affected the world — and more recently the devastations caused by Covid and climate change.

“However, culturally, I still find the stories and images from the ancient texts alive and well in India today, in retellings of the ancient stories, enactments of ancient dramas in performances like Kathakali, and the recitation of texts on occasions like Ramlila — it is all still there, but now there is also an overlay of less interesting messages on television and the Internet,” Doniger adds.

Stressing that the readings of ancient Hindu scriptures have had a deep impact on her life, she recalls the time when working on ‘The Origins of Evil in Hindu Mythology’, back in the 1970s, she lost her father.

“That was the first really tragic thing that ever happened to me. Reading and thinking about the texts I was writing about at that time really helped me to come to an understanding of tragedy and evil, not just in the texts but in my own life,” recalls Doniger, adding that she misses the temples, the gorgeous bazaars, and the special smell of India — a smell of burning and the heavy perfume of flowers.

Warning that throughout history, people all over the world have used mythology as if it were history, which almost always results in irrational behavior and religious conflict, the scholar who continues to be fascinated by Shiva, says, “He expresses, better than any deity I know, the mysterious combination of passion and destruction in the forces that govern the universe.” (IANS)