What an Idea! MP Residents Throw Party on Pothole-Filled Road 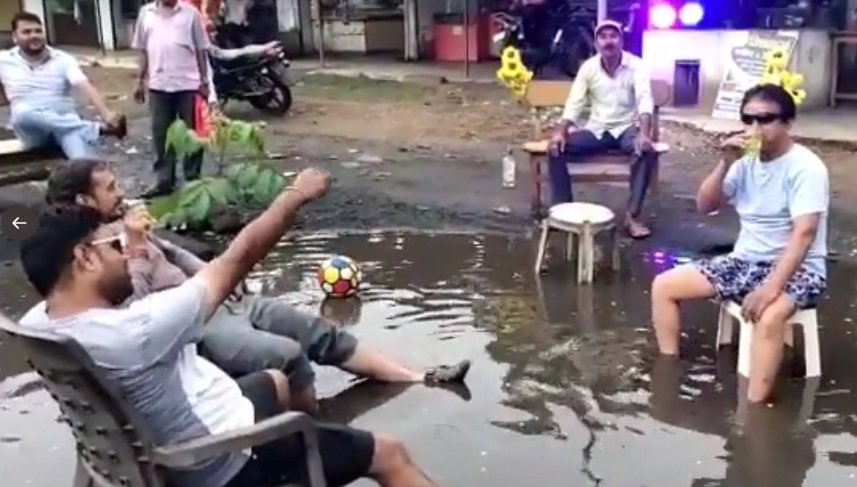 What an Idea! MP Residents Throw Party on Pothole-Filled Road

BHOPAL, (IANS) – In an effort to draw the attention of the authorities towards the poor condition of roads ridden with potholes, the residents in Anuppur district in Madhya Pradesh have found a unique way of protest.

In a viral video filmed to highlight the poor condition of a road connecting Anuppur with Bijuri Manendragarh, the residents of the area could be seen sitting on chairs on a big crater on the road, dipping their legs in the muddy water that has accumulated after the rains to “chill”.

To add to the ambience, they also put up some disco lights with dance music playing in the background along with beach balls to play.

Setting the mood with party music, the residents could be seen having a blast, enjoying drinks and snacks.

The video also shows saplings planted in the smaller potholes around the crater as decoration.

In a similar symbolic protest last year, the residents of Jammu and Kashmir’s Budgam district planted paddy on the muddy road leading up to their village to highlight the poor condition of the road.