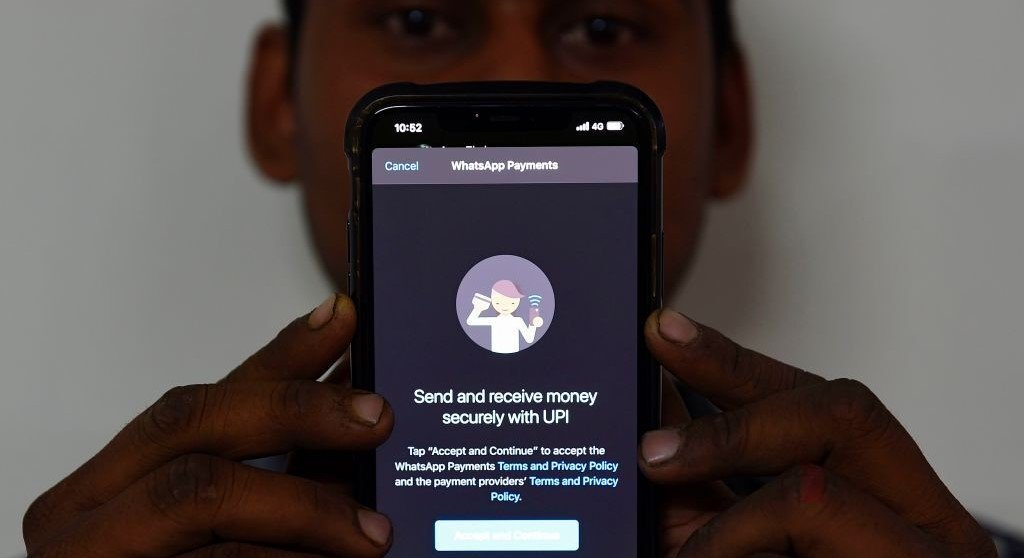 In this photo illustration taken on Nov. 6, a user displays the Facebook’s WhatsApp application payment feature on his mobile phone in Faridabad. (Money Sharma/AFP via Getty Images)

NEW DELHI — The messaging app WhatsApp has sued the Indian government seeking to defend its users’ privacy and stop new rules that would require it to make messages “traceable” to external parties.

WhatsApp filed the lawsuit May 25 in the Delhi High Court. It is arguing that government rules regarding the traceability of messages are unconstitutional and undermine the fundamental right to privacy.

The company currently uses end-to-end encryption for its messaging service, which encrypts messages in such a way that no one apart from the sender and receiver are able to read the messages sent between them.

The lawsuit follows sweeping regulations for technology companies announced in February that hold them more accountable for content shared on their platforms. A 90-day grace period for complying with the rules ended Wednesday.

“Civil society and technical experts around the world have consistently argued that a requirement to ‘trace’ private messages would break end-to-end encryption and lead to real abuse,” WhatsApp said in a statement.

“WhatsApp is committed to protecting the privacy of people’s personal messages and we will continue to do all we can within the laws of India to do so.”

The new regulations require internet platforms such as Facebook and Twitter to erase content authorities deem to be unlawful and to help with police investigations, including identifying the originators of “mischievous information.”

The government said it would respond to the lawsuit.

IT minister Ravi Shankar Prasad said that the government is committed to ensuring the right to privacy, but that it is not an absolute right and comes with “reasonable restrictions.”

He said in a statement that asking for details of the “first originator of information” is an example of a “reasonable restriction.”

The lawsuit is part of a struggle between some of the world’s biggest technology companies and governments grappling with disinformation, hate speech and other troubles.

Singapore in 2019 passed a law requiring technology platforms to issue corrections of false information if the authorities order them to do so, or face hefty fines. In Britain, tech companies could also face heavy fines if they fail to prevent the spread of illegal and harmful content, such as terrorism or child pornography.

Nikhil Pahwa, a New Delhi-based digital rights activist said the WhatsApp lawsuit is an important case for India and the world.

“What happens in India is what governments across the world would see and like to implement,” Pahwa said.

If WhatsApp loses its case, it either may choose to leave the market and lose over 500 million users, or redesign its platform to make messages traceable, he said.

“The introduction of the new IT rules can essentially kill the entire idea of end-to-end encryption in India. This will potentially compromise all its users across and not just India,” he said.

WhatsApp said in a statement posted on its website that traceability breaks end-to-end encryption and would “severely undermine the privacy of billions of people who communicate digitally.”

“Through such an approach, innocent people could get caught up in investigations, or even go to jail, for sharing content that later becomes problematic in the eyes of a government, even if they did not mean any harm by sharing it in the first place,” WhatsApp said.

It reiterated that its team responds to valid law enforcement requests, providing them with limited categories of information available that is consistent with relevant laws and policies.