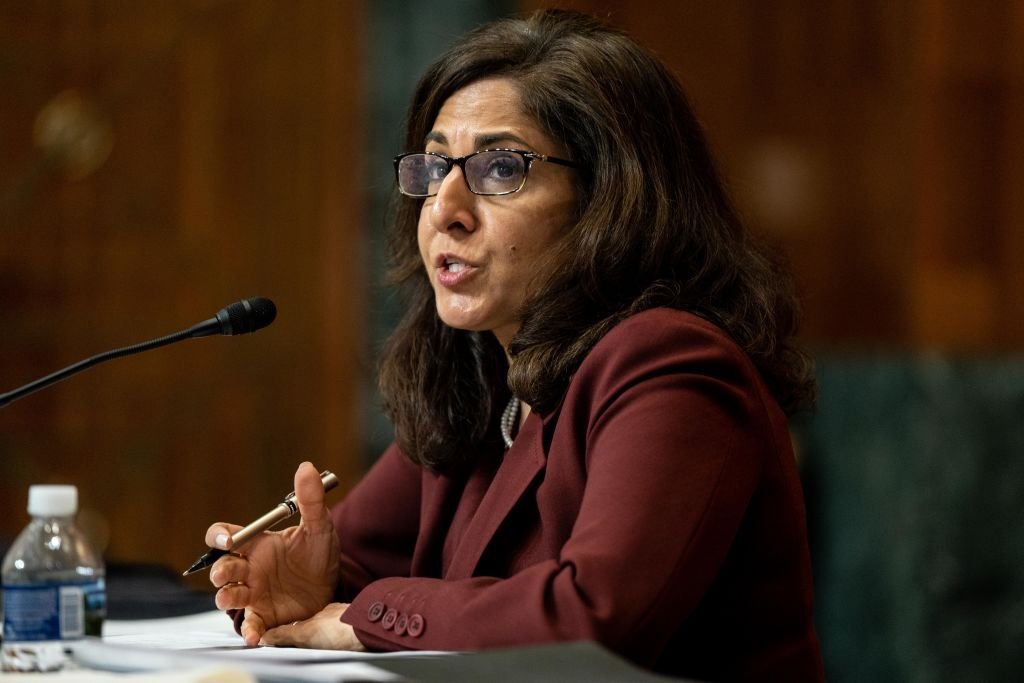 Neera Tanden, Indian American former nominee for director of the Office of Management and Budget, testifies at her confirmation hearing before the Senate Budget Committee on Feb. 10, 2021 at the U.S. Capitol in Washington, DC. Tanden helped found the Center for American Progress, a policy research and advocacy organization, and has held senior advisory positions in Democratic politics since the Clinton administration. (Anna Moneymaker-Pool/Getty Images)

Tanden is the former president of the Center for American Progress. Her nomination as White House budget director was pulled earlier this year, but was later named as a White House senior adviser (see India-West article here: https://bit.ly/2XGTWo8).

Her added responsibility as the staff secretary is to control the flow of documents to Biden and other senior staff, the reports said.

“The Staff Secretary role is the central nervous system of the White House and moves the decision-making process and manages a wide variety of issues for the president,” a White House official said in a statement.

The White House staff secretary is a behind-the-scenes but critical role in the West Wing, responsible for managing paper flow to the president from other areas of the administration and federal government. The person filling the job has been viewed as one of the most powerful in the building.

The role was once held by now-Supreme Court Justice Brett Kavanaugh and John Podesta, who later served as then-President Bill Clinton’s chief of staff, reports added.

As a senior adviser to Biden, Tanden had been tasked with preparing for different contingencies that could result from the Supreme Court’s consideration of Republican lawsuits seeking to strike down the Affordable Care Act, NBC News reported in May.

She was also assigned to launch a review of the United States Digital Service whose mission is to make government accessible through technology, the report said.

A White House official said Oct. 22 that Tanden has also been working on the president’s Build Back Better agenda. The official said that she will keep her senior adviser title “and will continue to provide leadership on particular projects and initiatives, and will report to the chief of staff.”

The White House withdrew her nomination to lead the Office of Management and Budget in early March after Sen. Joe Manchin, D-West Virginia., voiced opposition to confirming her. Manchin and many pointed to what they described as inflammatory statements she had previously made publicly, according to reports.

Tanden was a longtime aide to Hillary Clinton who became president of the liberal Center for American Progress after leaving the Obama administration. Her new role does not require Senate confirmation.

In the days after the election, Tanden deleted more than 1,000 tweets from her personal account, some of which were reviewed by CNN’s KFile, a CNN report noted.

During the confirmation process, Tanden appeared before the Senate Homeland Security Committee and apologized for some of the criticism she has previously directed at congressional Republicans and expressed regret over past tweets, the report said.

Tanden later faced senators on the Budget Committee, including Sen. Bernie Sanders, an independent who caucuses with Democrats, who said some of her past comments amounted to “vicious attacks made against progressives.”

Tanden is a founding member and former president and CEO of CAP, a major liberal-leaning think tank based in Washington, her bio notes.