Why India Has Opted for Neutrality in the Ukraine Crisis 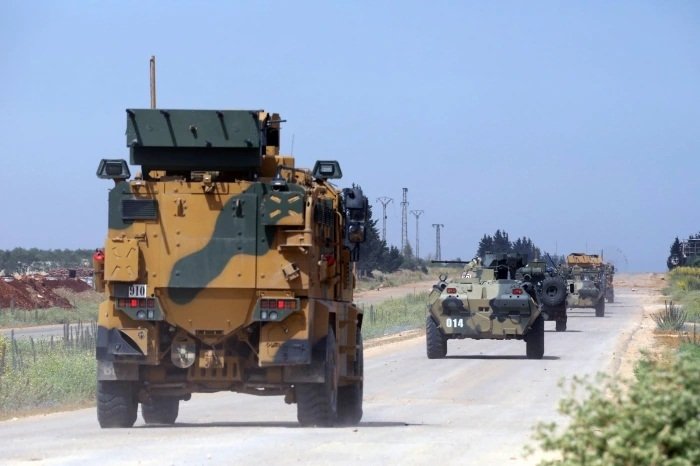 Why India Has Opted for Neutrality in the Ukraine Crisis

NEW DELHI – Russian President Vladimir Putin crossed the Rubicon when he ordered his troops in the early morning of Feb. 24 to launch what he called a “special military operation” but what in reality was a full-blown invasion of Ukraine. This action, coming as it did two days after Putin’s announcement of recognition of the two provinces Luhansk and Donetsk in east Ukraine as independent States stunned the whole world, including Ukraine.

Prime Minister Narendra Modi dialed President Putin on the evening of Feb.24 to urge an immediate cessation of hostilities and resolution of all disputes through dialogue. He also sensitized President Putin about the highest priority that India attaches to the safety of 16,000 Indian nationals, mostly students, currently stranded in Ukraine.

Ukrainian President Volodymyr Zelensky called PM Modi (the two leaders had met most recently in Nov. 2021 on the side-lines of COP26 in Glasgow) two days later to discuss the ongoing crisis. PM Modi expressed “deep anguish” over the loss of life and property, reiterated his call for “immediate cessation of violence” and return to dialogue, and conveyed “India’s willingness to contribute in any way towards peace efforts.”

India maintains excellent relations with the USA, Russia, EU and Ukraine and enjoys the confidence and trust of all parties to the conflict. This provides a singular opportunity to India to provide its good offices to bring the contesting parties around the negotiating table to settle the conflict through discussion and diplomacy.

Evolution of the Crisis

Russia’s all-out attack on Ukraine from three sides i.e. from the east through the Donbass region, from the north through Belarus, and from the south from the Black Sea, Sea of Azov and Crimea, was the culmination of the drama that started several months ago with the sharp escalation of tensions on the Russia-Ukraine border, as also, more recently on the Belarus-Ukraine border and in the Black Sea. The unease had arisen due to Russia amassing about 100,000 troops and military hardware including tanks, artillery, and armored troop carriers on the border with Ukraine and another 30,000 for exercises in Belarus, stoking fears of an imminent invasion. Putin maintained that he had no intention of doing so. The US however insisted that it had compelling intelligence that a Russian attack on Ukraine was imminent.

In his end-of-the-year interaction with the press, Russian president Vladimir Putin had declared that he did not wish a conflict with Ukraine. But he urgently demanded security guarantees from the West inter alia including assurance that Ukraine will never be admitted to NATO, and that there would be no further eastward expansion of NATO.

A silver lining in the increasingly darkening war clouds till recently was the frenetic travel by a number of European leaders to capitals in Europe, USA and Russia. Recent weeks witnessed travel by French President Macron, UK Prime Minister Johnson and German Chancellor Scholz to various capitals urging talks to resolve outstanding issues. Discussions in the Normandy format comprising representatives of Russia, Ukraine, Germany and France were revived after 2 years.

In the end, this shuttle diplomacy was not successful in resolving the dispute or lessening tensions. In a move that dismayed and appalled much of the world, Putin launched a fierce, no-holds barred air, sea and ground invasion in the early hours of February 24 to “demilitarize and de-nazify” Ukraine.

Much greater responsibility devolves upon India during the current crisis as it is a non-permanent member of the UN Security Council for 2021-’22. In addition, its growing global profile and status gives greater weight and respect to India’s voice and views.

A fundamental objective that has dictated India’s position in the evolving conflict is safeguarding the legitimate security interests of all countries. This element finds mention in all statements delivered by India during discussions on this subject in the UNSC.

In addition, India has focused on the imperative need of resolving all issues peacefully through diplomacy and dialogue. This aspect informed the conversation that Modi had with Putin on the evening of Feb. 24 when he urged Russia for immediate cessation of hostilities and to come to the negotiating table. This also comprised a critical substance of the conversation between PM Modi and President Zelensky on Feb. 26.

The overriding priority for India has been the safe and early repatriation of its 21,000 nationals, including students, stranded in different cities of Ukraine. India had earlier commissioned a few chartered flights and encouraged students to return to India. After the airspace over Ukraine was closed after the war began on the fateful Thursday, India’s External Affairs Minister spoke to his counterparts in Poland, Slovakia, Hungary and Romania to facilitate the evacuation of Indian nationals through their countries. The first flights from Bucharest, Romania and Budapest, Hungary landed in Delhi and Mumbai in the late evening of Feb. 26.

While espousing the above principles, India has ensured that its strong relations with both USA and Russia are fully safeguarded. India and the United States enjoy a comprehensive, global, strategic partnership, covering almost all areas of human endeavor. With Russia, India shares a special and privileged strategic partnership. Russia has been a longstanding and time-tested partner for India.

In keeping with the above objectives and principles, India has abstained in all the votes that have taken place in the UNSC over the last 4 weeks.

In a vote on Jan. 30, India advocated the “immediate de- escalation of tensions taking into account the legitimate security interests of all countries.” India strongly advocated the use of diplomatic dialogue to resolve the issue. The US sponsored Resolution tabled on Feb. 25 criticizing Russia for its aggression was supported by 11 members of UNSC with three abstentions, including India, and veto by Russia. In its explanatory Statement on Feb. 25, India emphasized the imperative need to respect the UN Charter and “the sovereignty and territorial integrity of states.”

In advocating its position, India is also mindful of the fact that it cannot support the coercive, military takeover of a country’s territory by another.

By abstaining in the UNSC and staying neutral, India is not abdicating its responsibility. On the contrary, by advocating the path of dialogue and diplomacy, India is safeguarding its interests and pushing for peace, security and stability of all countries concerned.

(Sajjanhar is a former ambassador of India to Kazakhstan, Sweden and Latvia)