Will India Benefit From Netanyahu’s Return As Israel’s Prime Minister? 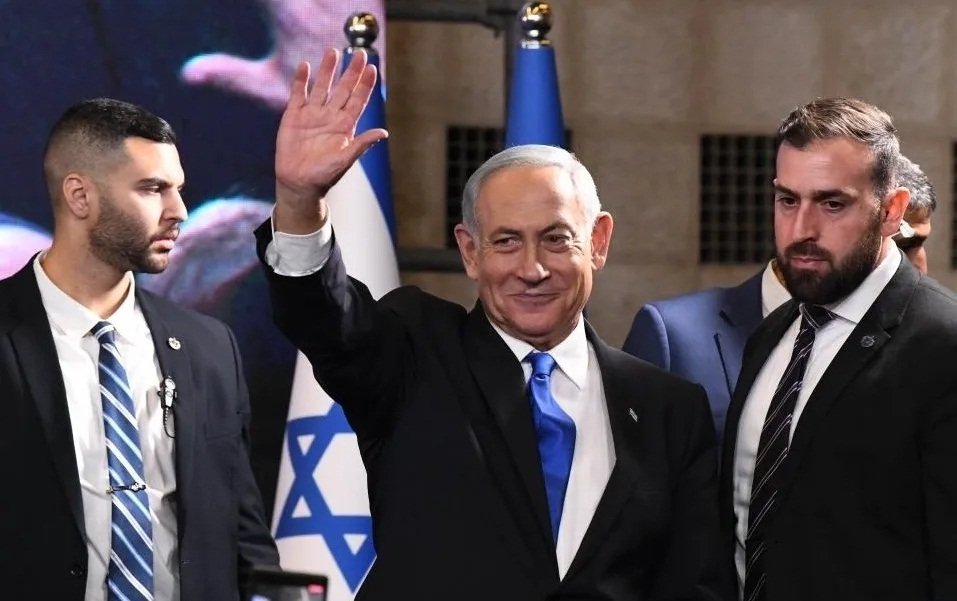 Will India Benefit From Netanyahu’s Return As Israel’s Prime Minister?

The re-election of Benjamin Netanyahu in Israel’s recent elections has gladdened many Indians. Ignoring Israel’s domestic policies, there have been breathless discussions on mostly external factors that may have given Bibi this spectacular comeback despite the many charges of corruption against him. However, Netanyahu’s victory is certainly important for India as it comes at a time of great geopolitical flux, where the personal chemistry between Prime Minister Narendra Modi and Netanyahu may be useful.

For one a conflict may be brewing up in the Caucuses — and this time India and its close pal Israel may find themselves on opposite sides of the divide. For long tensions have been simmering between Baku and Tehran. And a major cause is Azerbaijan’s sometimes overt claims on Iranian Azerbaijan, emboldened after the victory over Armenia and reclaiming of Nagorno-Karabakh in 2020. The two countries share a 700-km long border. Tehran is alarmed that Baku maybe pushing for change in the international borders of Armenia, which can effectively cut off Iran from its borders with Armenia, thereby cutting it off from a vital land sea route to Russia and the Black Sea. Iran also accuses Azerbaijan of allowing Israeli surveillance and intelligence gathering on Iran from its territory.

On the other hand, Azerbaijan recently opened its embassy in Tel Aviv. The rapprochement between the two countries also happened in the wake of the Karabakh war, following which Baku first opened a trade office in Israel in 2021. No doubt it had Turkey’s blessings, without which it is difficult to envisage this happening. Earlier this year it opened a trade office in Israel and most recently the Azerbaijan parliament announced that it would open its embassy in Israel, three decades after the two countries established diplomatic ties. Israel already has an embassy in Baku, and according to 2021 report by the Stockholm International Peace Research Institute (Sipri), has been the top supplier of arms to Azerbaijan in recent years.

Recently, on a visit to the Armenian capital Iran’s foreign minister warned that no one in the neighborhood should allow their territory to be used by third countries against each other, in a clear allusion to Baku’s cooperation with Israel. While the Azerbaijan-Israel track is moving fast and beneficially, India is trying to stitch up cooperation with Armenia and Iran to counter growing Turkish and Azerbaijani belligerence against it. Of course, India has also been doing a delicate balancing act for decades between its close bilateral relations with Iran, vis-a-vis those with Israel.

But there is more happening behind the scenes. A major track is happening between Israel and Pakistan. In the wake of the Abraham Accords signed that Israel signed with the UAE, the normalization of ties between Israel and a host of Muslim countries has been taking place. The process is ongoing, and a major plank will be devoted to normalization of ties with Pakistan.

Of course, Israel and Pakistan have collaborated earlier, albeit covertly, during the Afghan jihad. Since then, small steps have been taken every now and then for restoring ties. Former Pakistani president Gen. Parvez Musharraff had been a proponent of such ties though recently ambiguity shrouds such ties. For instance, it is widely believed that an aircraft carrying President Benjamin Netanyahu had secretly visited Islamabad in 2018. The office of then Prime Minister Imran Khan had stoutly refuted the claim. This came soon after Netanyahu paid an official visit to Oman.

More recently, however, Pakistani journalist Ahmed Quraishi, travelled to Jerusalem to promote “interfaith harmony”, and then in September a Pakistani delegation openly travelled to Israel and met Israeli foreign ministry officials. Of course, it was not a government delegation, but comprised representatives from American Muslims, the Multifaith Women’s Empowerment Council and Sharaka, a US-based non-government group founded in the wake of the Abraham Accords. It was led by former Pakistani development minister and chairman of the Pakistani Cricket Board, Nasim Ashraf. This, of course, is how normalization is set in motion.

Israel is well within its rights to normalize relations with Pakistan. Given India’s close relations with Iran and the Arab world, including consistent support for Palestinians, it will also have to greet with understanding any Israeli normalization of relations with Pakistan. Yet, the actual process may be long in making. Even though it is sure to raise eyebrows in Delhi and any such move will require an understanding and assurance that can be possible only when there is a strong chemistry between strong leaders of both sides as exists between Modi and Netanyahu.