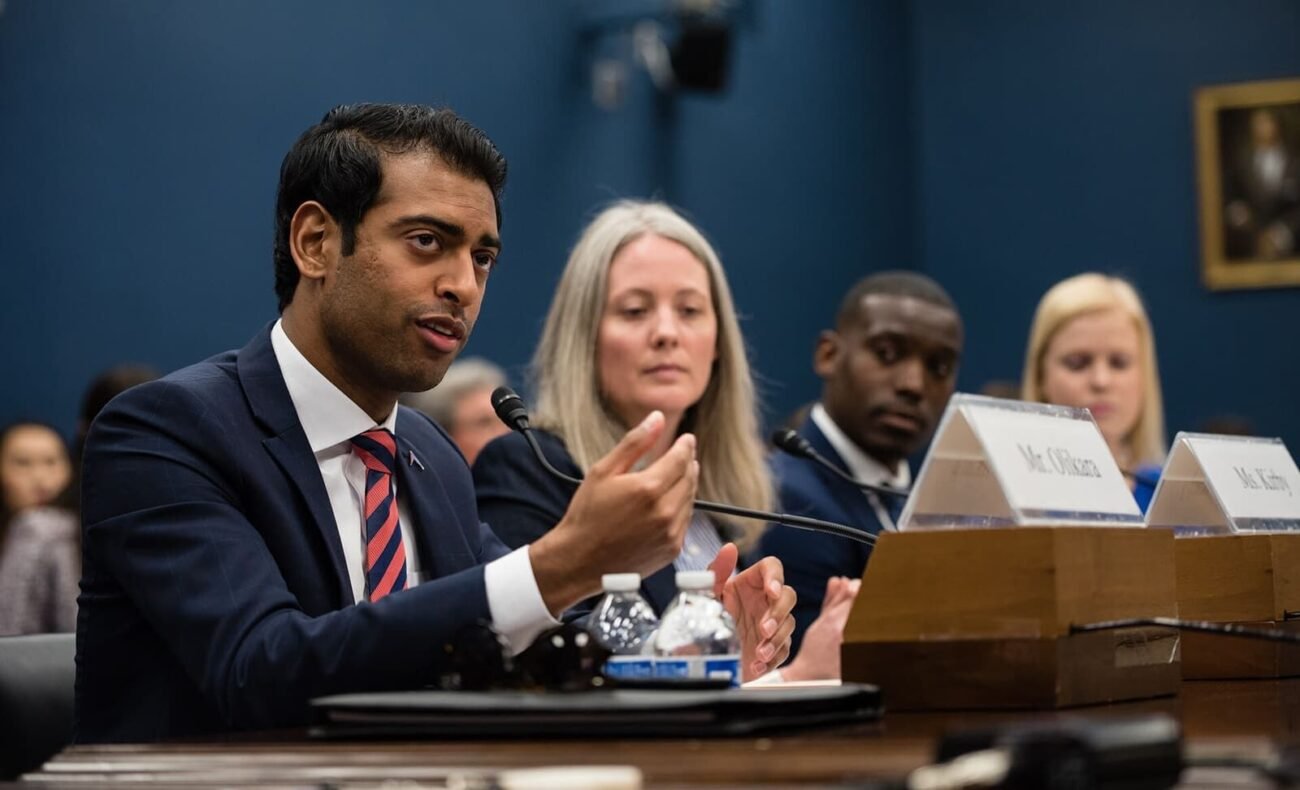 The Indian American did not state his party affiliation in the press release announcing his exploratory bid, nor does he state it on his Web site. But in an interview with the Milwaukee Journal Sentinel, Olikara said he would run as a Democrat.

“While the politicians have the food fight at the top, the people at the bottom are stuck,” Olikara said in a press statement. “That’s why I’m calling on all Wisconsinites to join us in a movement to elevate a more inclusive, compassionate and honest form of politics.”

“The current political system is unsustainable. It profits on dehumanization. I don’t think that’s going to work for Wisconsin and I don’t think it works for the very idea of a diverse democracy,” said Olikara in an interview with the Sentinel. “Our mission is to elevate a more inclusive, compassionate and honest form of politics and bring people together who have been left out of the system in a new coalition for dignity.”

The Hill, an insider politics Web site, predicted May 29 the nine Senate seats that would most likely flip in 2022. Democrat Tammy Baldwin and Republican Ron Johnson currently represent Wisconsin in the Senate.

“The Senate race in Wisconsin is still taking shape, but Democrats are particularly eager to take out Sen. Ron Johnson (R-Wis.), a key Trump ally and archvillain for the left,” The Hill reported.

“Johnson hasn’t yet said whether he’ll seek another term in the Senate, though he previously vowed not to run for a third term after winning reelection in 2016. It’s not clear whether he’ll stick to that pledge, and Wisconsin Republicans say he can still make the case for remaining in Washington,” reported the Web site.

Olikara is currently traveling across Wisconsin on a “Dignity Tour,” bringing together people from all walks of life with the aim of developing his agenda for “a more inclusive and compassionate form of politics that rejects the current system that pits people against each other,” according to a press statement. He hopes to bring together people from both sides of the aisle.

A decade ago he founded the Millennial Action Project, a multi-million dollar national nonprofit that trains elected officials to build coalitions that pass innovative laws to promote greater economic mobility, a cleaner environment and a healthier democracy.

For two years, Olikara hosted “Red & Blue Dialogues” across Wisconsin with political leaders and constituents from across the ideological spectrum, conversations that focused on issues including the future of work, higher education, and the environment. The Milwaukee Journal Sentinel named it one of “10 big ideas to help fix Wisconsin’s problems.”

“We have to model the leadership we want to see,” Olikara said. “Our democracy needs us. If we have the courage to stand up, organize and wake up from this dark moment in our politics, we will change the future of our state and our country.”

Olikara grew up in the Greater Milwaukee area of Wisconsin. He said that he found his path to public service through music, playing in multiple bands and DJing for a community-focused radio station. “Through these experiences, he discovered the power of bringing diverse people together to positively impact communities,” said the possible candidate on his Web site.

In 2018, Olikara testified before the U.S. House Committee on Small Business on protecting workers in the gig economy, such as Uber and Lyft drivers. And when the COVID-19 pandemic threatened 2020 elections, he successfully advocated for safe voting reforms as a leader in the Vote Safe Wisconsin Coalition and organized the only statewide bipartisan public service announcement to promote voting.

Olikara is featured in director Ben Rekhi’s new documentary, “The Reunited States,” which follows Americans who are on the difficult journey of bridging political and racial divides. He has also advised multi-platinum recording artists on youth empowerment and sustainable energy initiatives in Africa.

Olikara was a member of the U.S. delegation to Kenya for President Obama’s Global Entrepreneurship Summit.