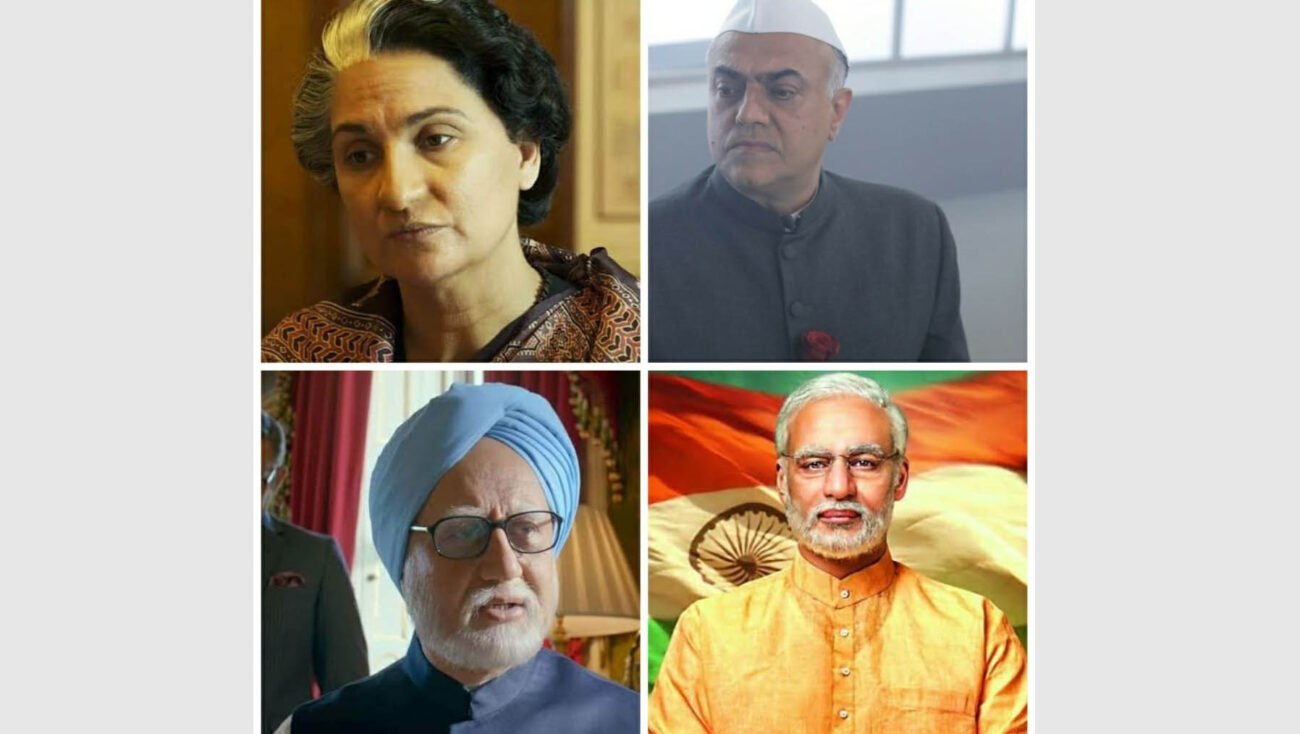 MUMBAI, (IANS) – After films based on the lives of Manmohan Singh and Narendra Modi, late former prime minister Atal Bihari Vajpayee will now be the subject of a biopic titled ‘Main Rahoon Ya Na Rahoon, Yeh Desh Rehna Chahiye – ATAL’.

The makers have not announced who’ll get the lead role, but a host of Bollywood actors have essayed prime ministers on the big screen, with Rajit Kapur having the distinction of playing both Jawaharlal Nehru and Modi.

Rajit Kapur, who appeared as Gandhi in Shyam Benegal’s ‘The Making of the Mahatma’, played Nehru in the Nikhil Advani web series ‘Rocket Boys’, a role also reprised, though briefly, by YouTuber Rahul Vohra in ‘Gangubai Kathiawadi’. Kapur’s character in the Vicky Kaushal-starrer ‘Uri: The Surgical Strike’, albeit not presented as Modi, is every bit like the Prime Minister.

More recently, Mohan Agashe essays a similar unnamed role in the Army action thriller series ‘Avrodh 2’, which is set against the backdrop of demonetization, presented by the makers as a fight against counterfeit currency notes pumped into India by Pakistan.

But the Prime Minister has been the subject of a biopic, ‘PM Narendra Modi’, where Vivek Oberoi played him. The film, which was controversially timed with the 2019 general elections, was directed by the production designer-turned-filmmaker Omung Kumar, who has earlier helmed the biopics ‘Mary Kom’ and ‘Sarbjit’.

The man Modi replaced — Manmohan Singh — was played by Anupam Kher to much acclaim in the biopic, ‘The Accidental Prime Minister’, directed by Vijay Ratnakar Gutte. The film was based on a memoir of the same name by the former prime minister’s media adviser and senior journalist, Sanjaya Baru, who is played by Akshaye Khanna.

The film attracted much interest because it featured the German-born actress Suzanne Bernert as Sonia Gandhi. International Emmy-nominated ‘Made in Heaven’ actor Arjun Mathur played Rahul Gandhi and Priyanka Gandhi was essayed by Ahana Kumra, who’s now seen in a negative role in ‘Avrodh 2’

Indira Gandhi has made the most appearances in popular cinema. Suchitra Sen’s character of Aarti Devi in Gulzar’s ‘Aandhi’, which was banned during the Emergency, was first allusion to the slain former prime minister.

Lara Datta’s prosthetic transformation as Mrs G in the Akshay Kumar-starrer ‘Bell Bottom’ may have excited widespread positive comment, and she herself called it her most challenging role, but Indira Gandhi has also been played, creditably, by ‘Pyaar Mein Twist’ actress Kishori Shahane in Vivek Oberoi’s ‘PM Narendra Modi’ and Avantika Akerkar in Kabir Khan’s World Cup cricket drama, ’83’.

Akerkar has the distinction of playing Indira Gandhi twice. She reprised the role in Abhijit Panse’s Marathi and Hindi 2019 biopic, ‘Thackeray’, where Nawazuddin Siddiqui is cast as the lead character.

Mrs. G will be played next by ‘Dangal’ star Fatima Sana Shaikh in the upcoming film ‘Sam Bahadur’, which is based on the life of the Bangladesh War hero, Field Marshal Sam Manekshaw. The film is being directed by ‘Talvar’ filmmaker Meghna Gulzar and will star Vicky Kaushal in the titular role.

Also, undeterred by the failure of her most recent film, ‘Dhaakad’, Kangana Ranaut will play Indira Gandhi in her second self-directed film, ‘Emergency’. The film will be Kangana’s second directorial after the 2019 release, ‘Manikarnika: The Queen of Jhansi’. The actress recently visited London to meet the Academy Award-winning make-up and prosthetics artist David Malinowaski to discuss the possibilities of her transformation as Mrs. G.

Vidya Balan, too, was toying with the idea of playing Indira Gandhi in a web series based on journalist Sagarika Ghose’s biography, ‘Indira: India’s Most Powerful Prime Minister’. The project, it is believed, has been deferred for the moment.

Ironically, Indira Gandhi’s predecessor, Lal Bahadur Shastri, does not figure even in ‘The Tashkent Files’, although he is the central character in it!