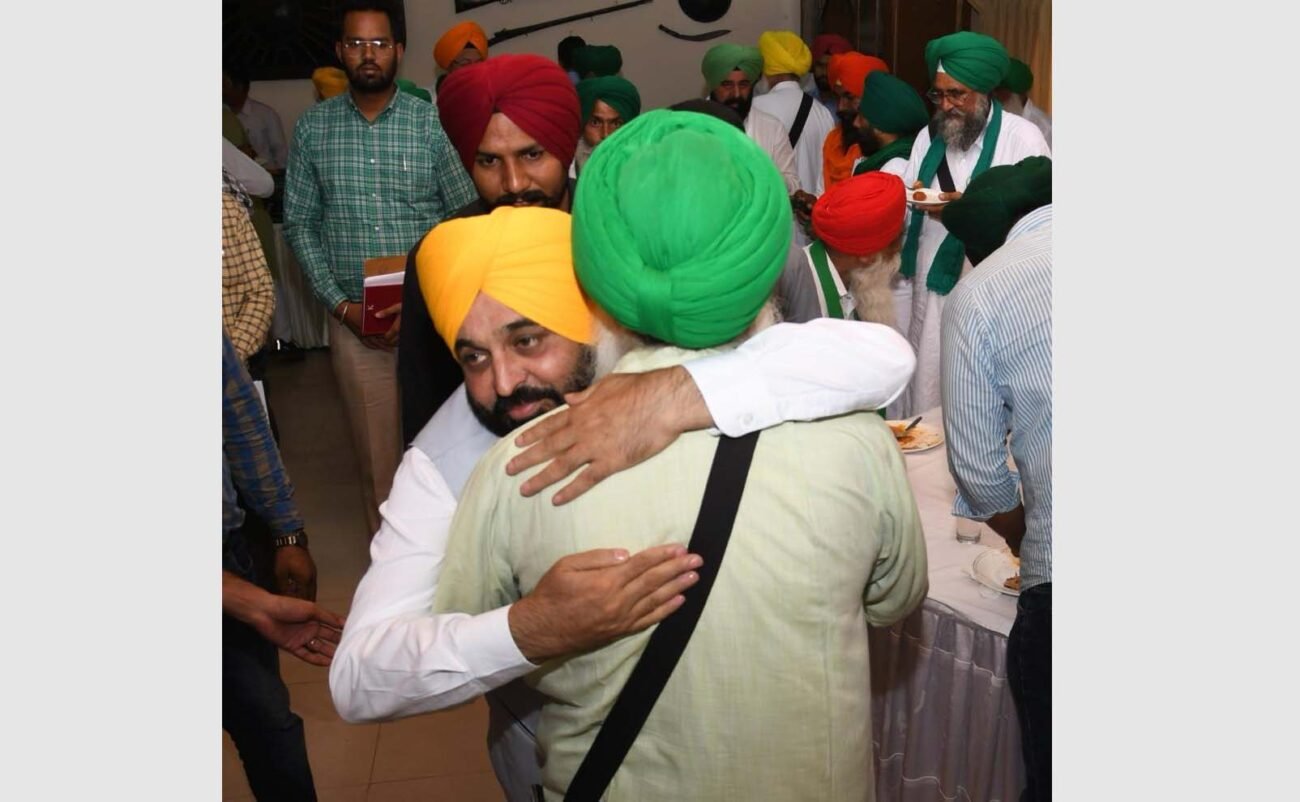 CHANDIGARH, (IANS) – The stalemate between protesting farmers and the Punjab government led by Bhagwant Mann ended on May 18 with a consensus on most of their demands, comprising beginning paddy sowing from June 10.

They later called off their protest that began a day earlier on borders of the state capital Chandigarh, similar on the lines of the year-long protest the Centre’s farm laws at the Delhi borders that ended with the revoking of the three Central farm laws.

The meeting between the Chief Minister and leaders of 23 farmers’ unions under the banner of the Sanyukt Kisan Morcha lasted for over two and half hours here.

After the meeting, Rural Development and Panchayats Minister Kuldip Singh Dhaliwal reached the protest venue in Mohali, where thousands of farmers had been staging a sit-in protest.

He said the meeting of the farmers with the Chief Minister was fruitful and the farmers accepted to end the protest. There was a consensus on 12 out of 13 demands of farmers.

The prominent demands include minimum support price for the purchase of maize, basmati, and moong (pulses) that the government has assured, ending staggered paddy cultivation from June 18, electricity prepaid meters not to be installed, besides a compensation of Rs 500 per quintal for those who suffered losses due to early onset of early summer.