HomeMain SliderWith Harris and Jayapal in Attendance, Biden Signs Bill For a National Musuem on Asians

With Harris and Jayapal in Attendance, Biden Signs Bill For a National Musuem on Asians 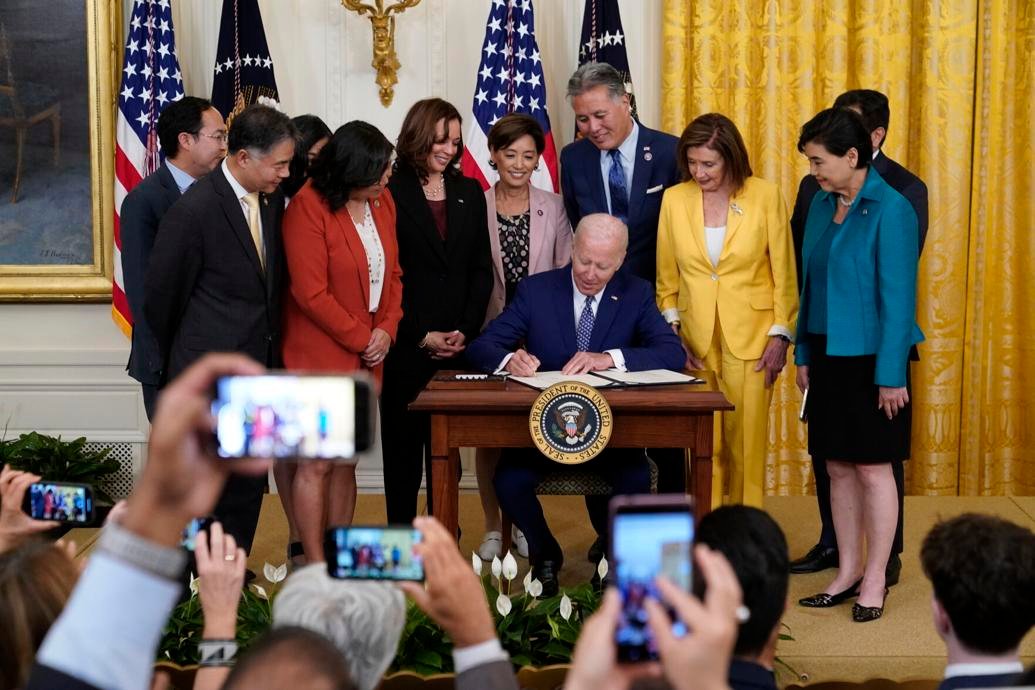 With Harris and Jayapal in Attendance, Biden Signs Bill For a National Musuem on Asians

WASHINGTON, DC – President Joe Biden has signed into law a bill to explore the possibility of establishing a museum of Asian Pacific American history and culture, which will include documentation of Indian Americans.

During the ceremony at the White House, Biden said, “I am honored to sign into law something that is long overdue, and — the National Museum of Asian and Pacific American History and Culture here in Washington, DC.”

Harris spoke of her Indian heritage and her mother Shyamala who had come to the US as a teenager from South India and become a leading cancer researcher. “Growing up, my mother made sure that my sister Maya and I learnt of the important glorious history of Asian Americans, Native Hawaiians, and Pacific Islanders in America. Because that, of course, is part of the history of America,” she said. “To teach this history is to help all of us as Americans understand where we come from and who we are. The National Museum of Asian Pacific American History and Culture will teach and tell the story of our country,” she said.

Observing that the battle for the soul of America continues, Biden asserted that is why a museum like this is going to matter so much.

Museums of this magnitude and consequence are going to inspire and educate. More than anything else, it is going to help people see themselves in the story of America — a story that makes us a better America and it has made us a better America, Biden said.