With Policy Making Embroiled in Politics, Pak Envoy in US Confused 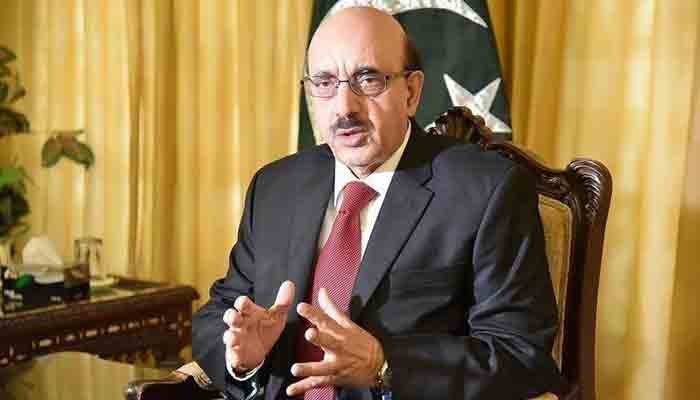 With Policy Making Embroiled in Politics, Pak Envoy in US Confused

ISLAMABAD, (ANI) – With the ouster of Pakistan’s former Prime Minister Imran Khan’s government and his outbursts against the US allegedly conspiring to throw him out of power, the country’s Ambassador to the US Sardar Masood Khan, is now left confused and embarrassed about how to tackle the diplomatic affairs, media reports said.

Pakistan’s local media outlet The News Today reported that the envoy was also the former President of Pakistan Occupied Kashmir, and he was appointed by Imran Khan. Imran at the time of Masood’s appointment sought to give impetus to Islamabad’s ties with Washington. However, now with the change of guard in Pakistan, he now does not know how to tackle diplomatic affairs.

Forget about good relations with US President Joe Biden, the envoy now does not even have an idea about what kind of policy he needs to maintain in the capital, as per the media portal.

During the envoy’s recent visit to Houston, he was heard talking about his confusion over the rapid changes in Pakistan’s politics openly.

A businessman in Houston quoted Khan telling a private gathering, “First Imran Khan’s statements got us in trouble, then his anti-American campaigns and now coalition of different political parties in the Federal government is trying to impose their respective agendas.”

Due to the embarrassment, at times, the diplomats had to avoid American officials since it was difficult for them to defend their premier.

As if this was not enough, now the tussle between the Pakistan People’s Party (PPP) and Pakistan Muslim League-Nawaz (PML-N) over foreign policy matters has once again put him under tremendous pressure.

According to sources in Pakistan’s diplomatic community, there are reports of skirmishes as the policies of foreign minister Bilawal Bhutto Zardari are not in sync with the policies of the country’s Prime Minister Shahbaz Sharif.

A senior diplomat while speaking to a journalist said, “This is the reason the Ambassador is not making high-level engagements in Washington DC, because he has nothing to say.”

Notably, the relations between US and Pakistan are at the lowest level for the past three years.