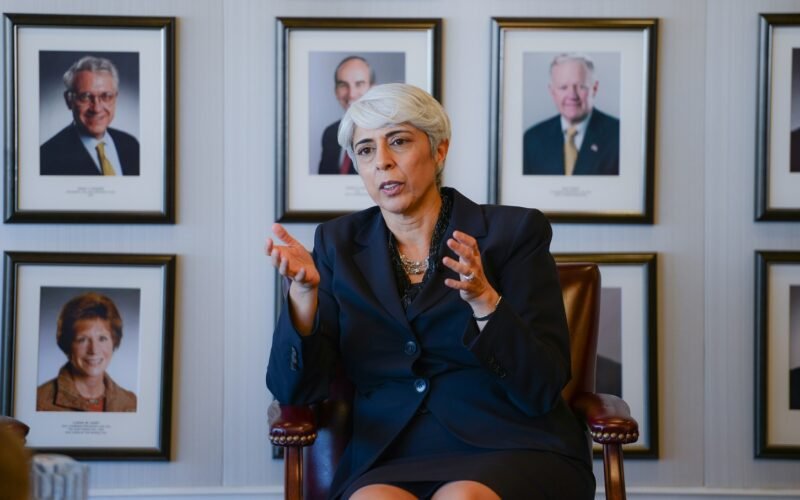 WASHINGTON, DC – On September 21 the US Senate voted to confirm Indian American Dr. Arati Prabhakar as the next director of the White House Office of Science and Technology Policy (OSTP). With this, she becomes the first woman, immigrant, and person of color to serve in the position.

President Joe Biden has announced Prabhakar’s nomination in June, saying in a statement that she was “a brilliant and highly-respected engineer and applied physicist,” adding, “I share Dr. Prabhakar’s belief that America has the most powerful innovation machine the world has ever seen.”

Under Biden, OSTP has worked with the National Security Council to develop the American Pandemic Preparedness Plan and leads the White House’s Cancer Moonshot initiative.

Alondra Nelson the acting OSTP director issued a statement saying Prabhakar’s confirmation ,“ is a testament to her sterling track record of leadership and innovation stewardship, as well as her extensive expertise in science and technology policy.”

Prabhakar’s family came to the US when she was three and made their home in Lubbock, TX. She has an electrical engineering degree from Texas Tech and in a sign of things to come, became the first woman to earn a Ph.D. in applied physics from the California Institute of Technology.

She began her professional career with the legislative branch as a Congressional Fellow at the Office of Technology Assessment. She then spent 15 years in Silicon Valley. In 2019, she founded Actuate, a non-profit organization bringing new actors to the table to develop solutions to the challenges of climate, health, trustworthy data, and information technology, and opening access to opportunity for every person.

Prabhakar has served as director of the National Institute of Standards and Technology – again as the first woman to do so.