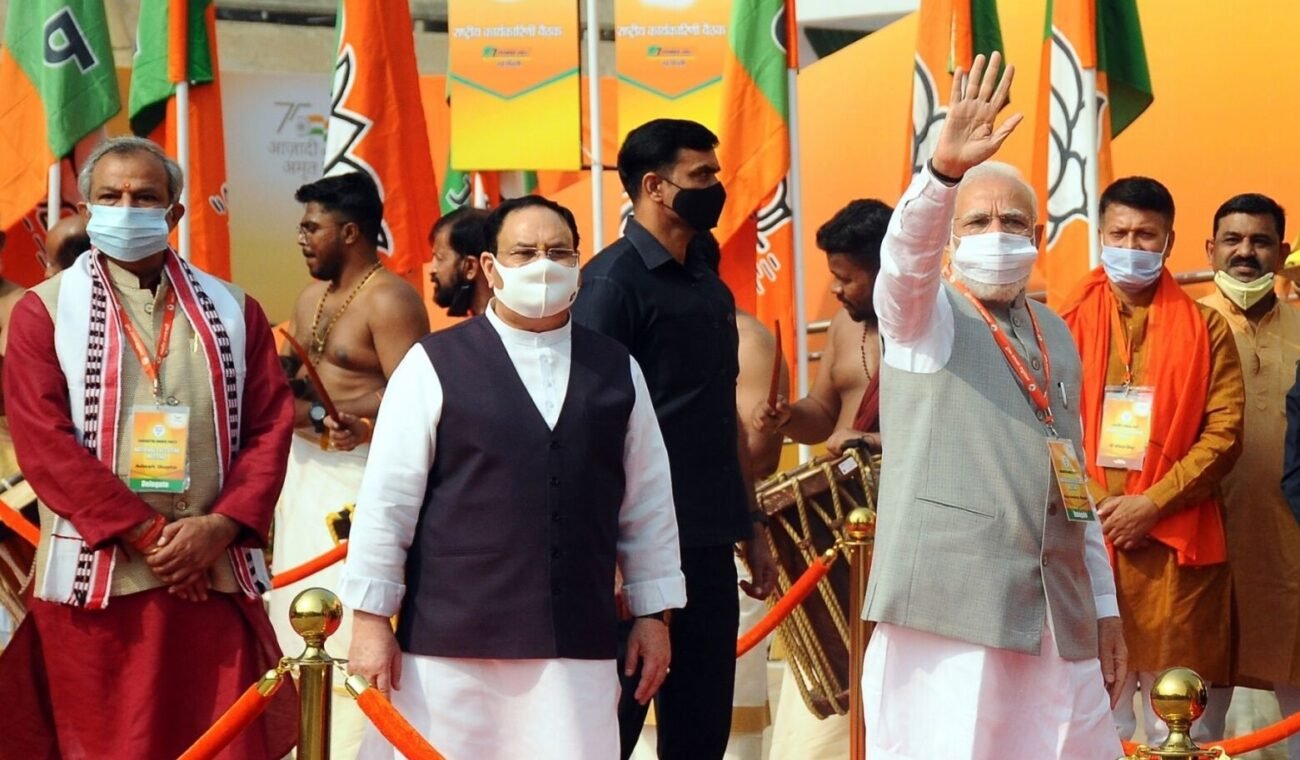 Prime Minister Narendra Modi waves to supporters on his arrival at the BJP National Executive Meeting at the NDMC Convention Centre in New Delhi on Nov. 7, 2021. (Qamar Sibtain/IANS photo)

NEW DELHI – Prime Minister Narendra Modi on Nov. 7 asked BJP workers to reach out to the people and work as a “bridge of faith” for the common man.

At his address at the concluding session of the day-long BJP national executive meet at the NDMC Convention Centre here, he also highlighted that today the place that the BJP is at is due to the fact that it has always been connected with the common man since its starting days, and has moved ahead with hard work and dedication of workers, Union Minister Bhupender Yadav said.

“Prime Minister said that BJP workers have to become a bridge of faith for the common man. BJP is not a family-based party.

“The prime minister also called service to people is the highest form of worship and advised workers to be with the people and stay in touch with common man,” he added.

Sources said that Modi advised BJP leaders to focus on the issues the party has raised for the people during and before and after elections and to continue doing so. “We must continue to address the issues concerning people,” he said, as per the sources.

Before the prime minister’s address, state presidents of five poll-bound states presented a report about their preparedness, and the Punjab chief said that they were gearing up to contest all 117 seats. Chief Ministers of poll-bound Uttar Pradesh, Uttarakhand, Goa, and Manipur also present a report card about their works.

“After hearing the reports of state presidents and chief ministers of poll-bound five states, the prime minister said that seeing the confidence, BJP will perform exceptionally well and this is beauty of service,” Yadav said.

He also said that the state chiefs and chief ministers have derived this confidence from work they have done for their states in the past five years, Yadav added.