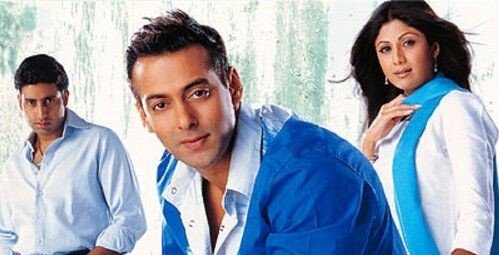 NEW DELHI – Art has the power to influence and cinema is a strong proof of that. A lot of people love movies and are often inspired and moved by them to reflect on their lives – whether personal, romantic, social or environmental.

On World AIDS Day 2021, observed worldwide on Dec. 1, we recall some of the remarkable Bollywood movies that have helped raise awareness about the disease and break the baseless stigma around it.

The film revolves around Shilpa’s character Tamanna, who tests positive for HIV, and is fired from her job due to the taboos surrounding the disease. She decides to fight a legal case to keep her job, but no one accepts to represent her. Finally, Abhishek, who plays the role of her lawyer, takes her case. Salman Khan plays the role of her college sweetheart, who was himself infected with the deadly disease.

The film is directed by Revathi, who also played the role of Tamanna’s doctor in the film.

Starring Sanjay Suri as the protagonist Nikhil and Juhi Chawla as his sister Anamika, this film is about a swimming champion whose life falls apart when he gets diagnosed with HIV. He is kicked out from the swimming team and his parents do not support him either.

His strongest support in these trying circumstances is his sister Anamika, who stands by her brother in the times when he needs to be supported the most.

Directed by Onir, ‘My Brother… Nikhil’ proved to be a landmark film as it dealt with the stigma associated with HIV and homosexuality. The film is set in the late 1980s when awareness about the disease was significantly low. Purab Kohli also played a pivotal role in the film.

‘Dus Kahaniyaan’ is a collection of 10 short films and the film ‘Zahir’, starring Dia Mirza and Manoj Bajpayee, is based on the subject of HIV/AIDS.

Directed by Sanjay Gupta, the short film tells the story of a Sia (Dia) who befriends her new neighbor Sahil (Manoj). After the two become friends, Sahil makes advances for intimacy but Sia refuses to consent. One night when he visits a bar with his friends he sees that Sia works as a bar dancer. Frustrated and drunk, he visits her apartment and despite her attempts to have a conversation, he rapes her. Later, it is revealed that Sia was suffering from AIDS.

The story is narrated by Sahil who reveals that Sia passed away two years back and he is now waiting for his death.

Farhan Akhtar directorial ‘Positive’ was a part of short films made for creating awareness about AIDS.

Starring Shabana Azmi, Boman Irani and Arjun Mathur in the lead roles, the film is about a boy (Arjun) who knows about his father’s (Boman) extra-marital affairs but keeps it hidden from his mother (Shabana). When after a point he cannot stand his father’s choices, he leaves for abroad to study. Later, he gets to know that his father is ill as he has contracted AIDS. With only a little time left, he has to make the conscious choice to forgive his father for cheating on his mother and comfort him on his death bed.

The film tries to bring out the emotional conundrum a family faces when hit with such shattering circumstances.

Directed by Sridhar Rangayan, the film is based on an HIV/AIDS counsellor and four of her clients – a commercial sex worker, an intravenous drug user, a homosexual and a transsexual bar dancer.

The movie tells the story through the counselor (Mauli Ganguly) who avoids emotional attachment with her clients but is still moved from their pain. She writes her experience in ’68 pages’ of her personal diary. The film portrays how society stigmatizes and shuns those diagnosed with HIV/AIDS.