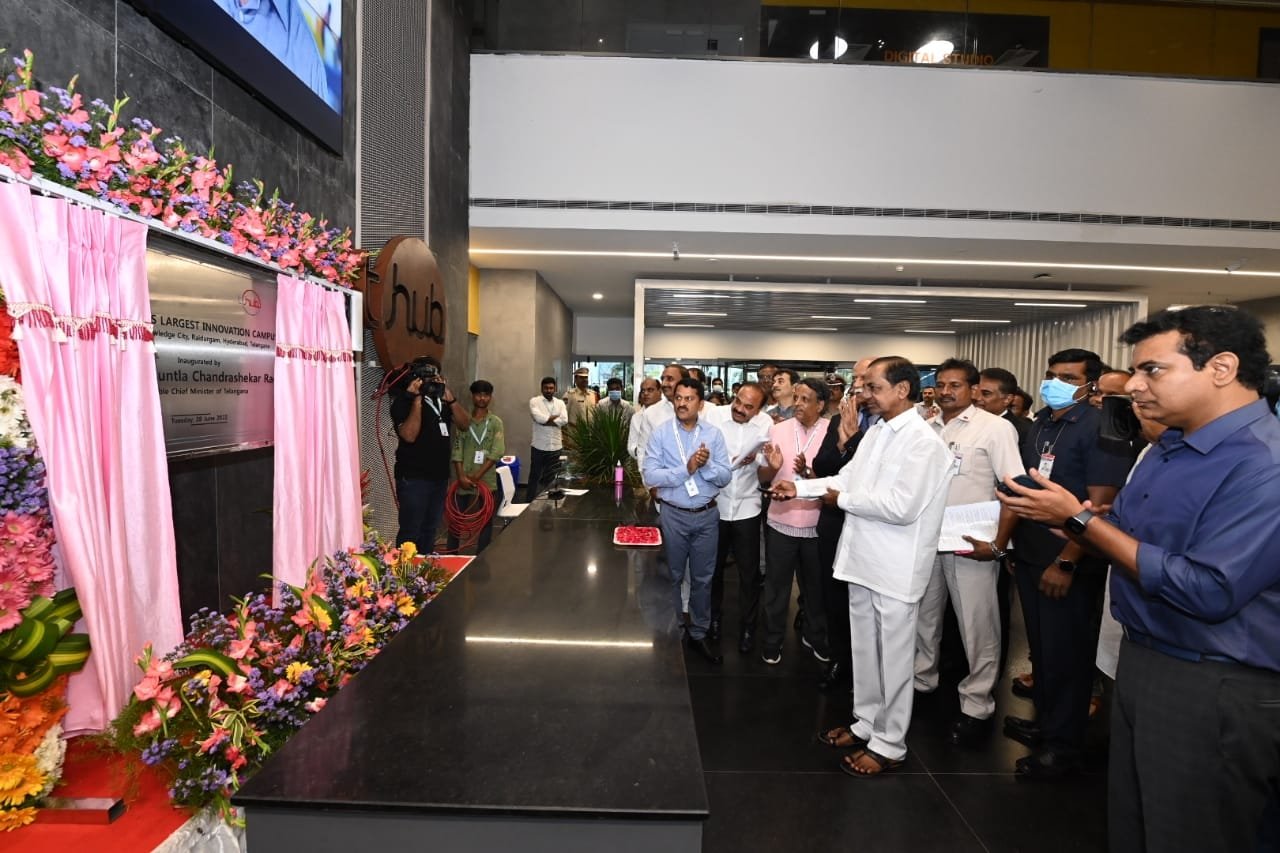 HYDERABAD, (IANS) – Telangana Chief Minister K. Chandrasekhar Rao on June 28 said that his government wants Telangana to be known as the startup state of India and Hyderabad as the startup capital of India.

He was speaking after inaugurating the second phase of T-Hub, billed as the world’s largest technology startup incubator, in Hyderabad.

Spread over 370,000 square feet and designed to house more than 1,500 startups, the swanky campus has come up at Raidrugi, a part of the information technology corridor.

The Chief Minister said that T-Hub, which was launched in 2015, has now become a national role model. He recalled that it was founded to bring in the best talent from across the country to nurture a startup ecosystem.

KCR, as the leader is popularly known, pointed out that T-Hub has impacted over 2000 entrepreneurs and seen $1.19 billion raised in funding by T-Hub startups. It has facilitated connections with venture capitalists and angel investors, establishing a brand name synonymous with innovation.

Noting that many startups have also created products and solutions relevant for social sectors like education, health, agriculture, sanitation, and environment, KCR said all this became possible due to the very progressive policies in the state like TS-IPass, TSBpass, and Telanganaas start up and innovation policy.

He recalled that the journey of T-Hub started as an idea, eight years ago, when Telangana became the youngest state in India.