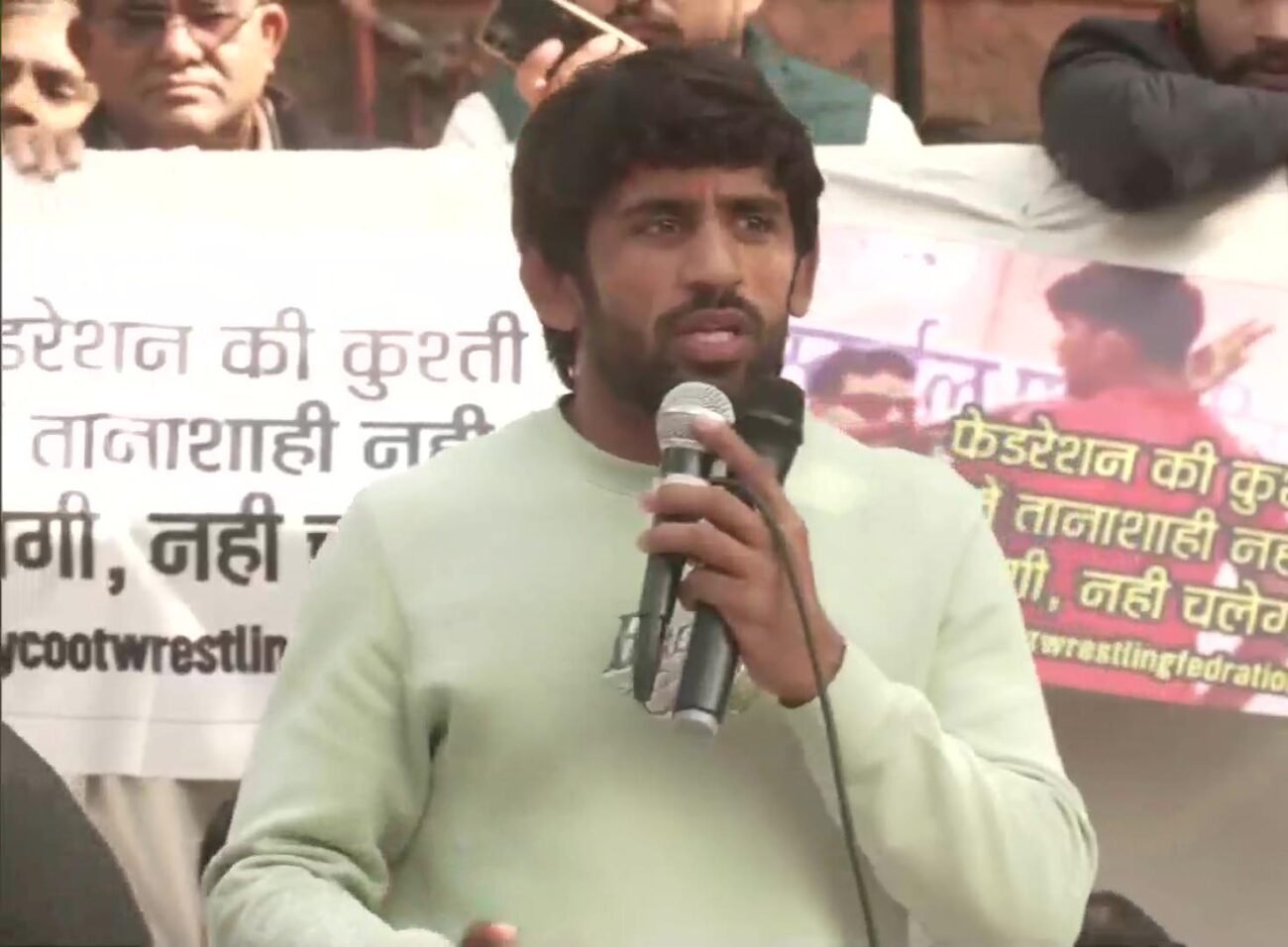 NEW DELHI, (IANS) – Tokyo Olympics bronze medalist Bajrang Punia on January 20 addressed the media in a press conference held by protesting wrestlers here at Jantar Mantar and said that if needed, they “will take the legal route” to get their demands fulfilled.

Punia said, they “have only one demand which is to dissolve the federation” adding that the protesting wrestlers will go back to their homes if their demands are fulfilled by the government.

“Still, many players are scared that there are many tournaments ahead, and what will happen to them. So, we have canceled them. Hopefully, this information will reach the young athletes through media,” Punia added.

He further said, like the WFI president Brij Bhushan Sharan said that he will hang himself if the allegations against him are to be proven then “we hope that day will come soon.”

Punia also brushed aside rumors of the involvement of political parties and businessmen in the protest, saying that “Any person can give it the name of casteism or point at political involvement, anyone can say anything, we are just the athletes here. You can go through our phone records or have a CID investigation; I have made it clear that there is no involvement of any politicians in the protest.”

On January 20, the protesting wrestlers wrote to PT Usha, President of the Indian Olympic Association.

The IOA announced a seven-member panel will probe the charges against Singh after an emergency meeting. The panel will include noted athletes Mary Kom, Dola Banerjee, Alaknanda Ashok, Yogeshwar Dutt and Sahdev Yadav.