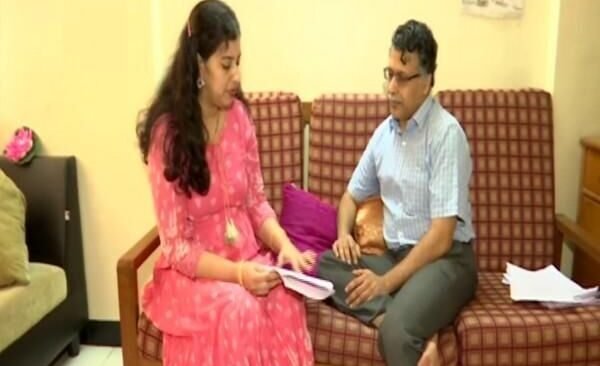 PUNE, Maharashtra – An Indian scientist couple is working with netizens globally and has discovered some compelling evidence to support the hypothesis that the SARS-CoV-2 virus (COVID-19) originated from a lab in Wuhan rather than a seafood market as China as widely informed.

The Pune-based scientist couple, Dr. Rahul Bahulikar and Dr. Monali Rahalkar, said their theory that was initially dismissed as a conspiracy has again grabbed global attention after the President Joe Biden ordered a probe into it. Talking about their research, Rahalkar said they do not know exactly if the virus had leaked but it is a strong hypothesis as their research points towards a possible lab leak.

“We started our research in April 2020. We found that a relative of SARS-CoV-2, RATG13, a coronavirus, was collected from a mineshaft in Mojiang of Yunnan province in South China by the Wuhan Institute of Virology. We also found out that the mineshaft was infested with bats and six miners hired to clean the fecal matter were infected with pneumonia-like illness,” said Rahalkar.

“Wuhan Institute of Virology and other labs in Wuhan are experimenting on the virus, and there is a suspicion that they did some changes in the genome of the virus, and it may be possible that the current virus was invented in the process,” she added.

Bahulikar informed that after they published their first pre-print, they were contacted by Twitter user SEEKER, who is part of a group called DRASTIC, who is working on a common goal to discover evidence to support the hypothesis of the lab leak theory.

“SEEKER specialize in finding hidden research material. He shared a thesis in the Chinese language that described in detail the severe illness in miners. Their symptoms were very similar to that of COVID-19 infection. Their CT scans were also compared with the COVID parents and it was discovered that they were almost similar,” said Bahulikar.

Adding to Bahulikar’s statement, Rahalkar said the theory about COVID-19 spread from the Yunnan mineshaft does not stand because there are no cases in Yunnan.

“Other theory that virus was transmitted to someone from a bat and later spread through a market also does not have any proof. Also, the structure of the virus is such that it was ready to infect humans, and that indicates that it might have come from a lab,” she said.

The scientists also alleged that World Health Organization has not done enough research to probe the possible lab leak theory.

“We are demanding a proper probe into the theory. We have written three letters to WHO, that were published in international publications. WHO has done very limited research on the theory that the virus may have leaked from a lab. Now, U.S. president is also saying that the matter should be investigated within 90 days, and India has also supported the notion,” Rahalkar added.