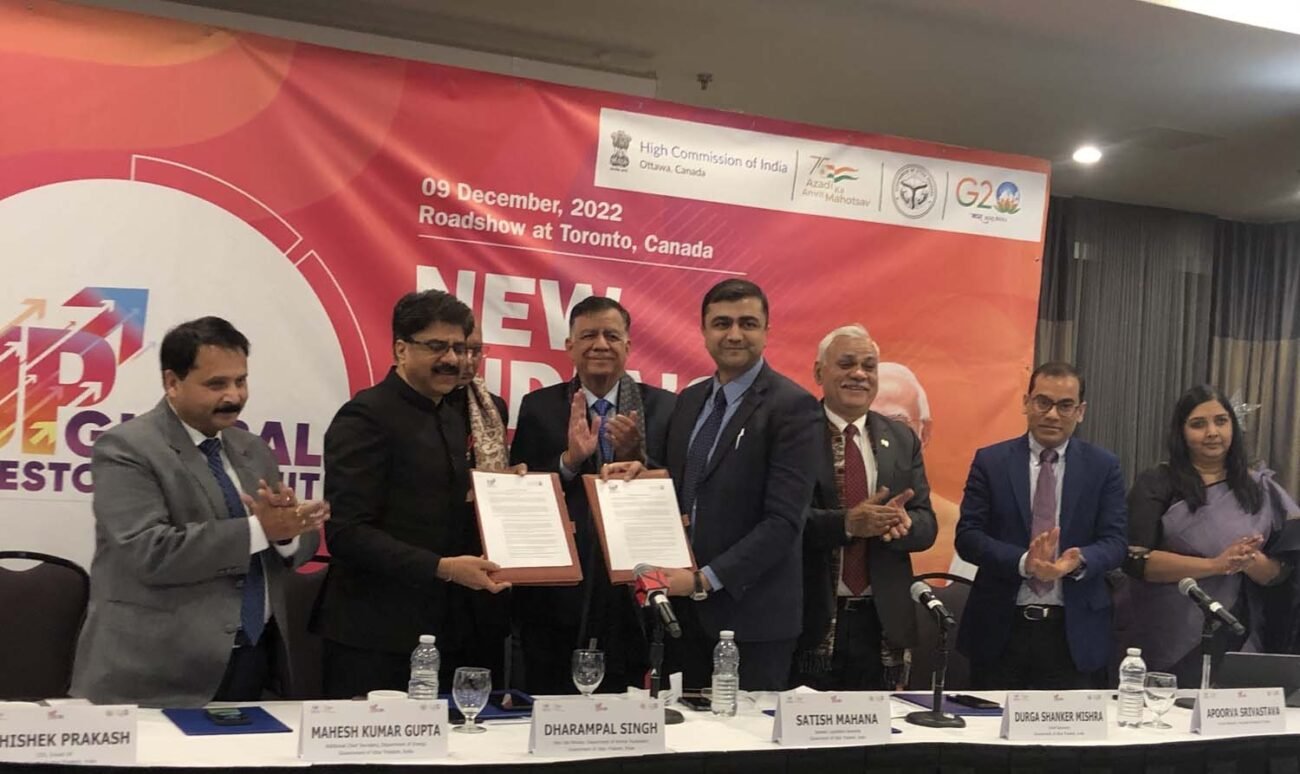 The Yogi Adityanath government, which is aiming to attract over Rs 10 lakh crore from investors, has sent delegations to 17 countries to woo investors.

Around 10,000 investors are expected to attend the three-day summit in Lucknow from February 10 to 12.

At a dinner hosted on December 9 for the visiting delegation, led by Assembly Speaker Satish Mahana and others, the Canada India Foundation signed an MoU with UP to facilitate investment from Canada.