HomeAmericasIndo AmericaYou Reflect The Soul Of The Nation: Biden To Indian Americans At Largest Ever WH Diwali Festivities

You Reflect The Soul Of The Nation: Biden To Indian Americans At Largest Ever WH Diwali Festivities 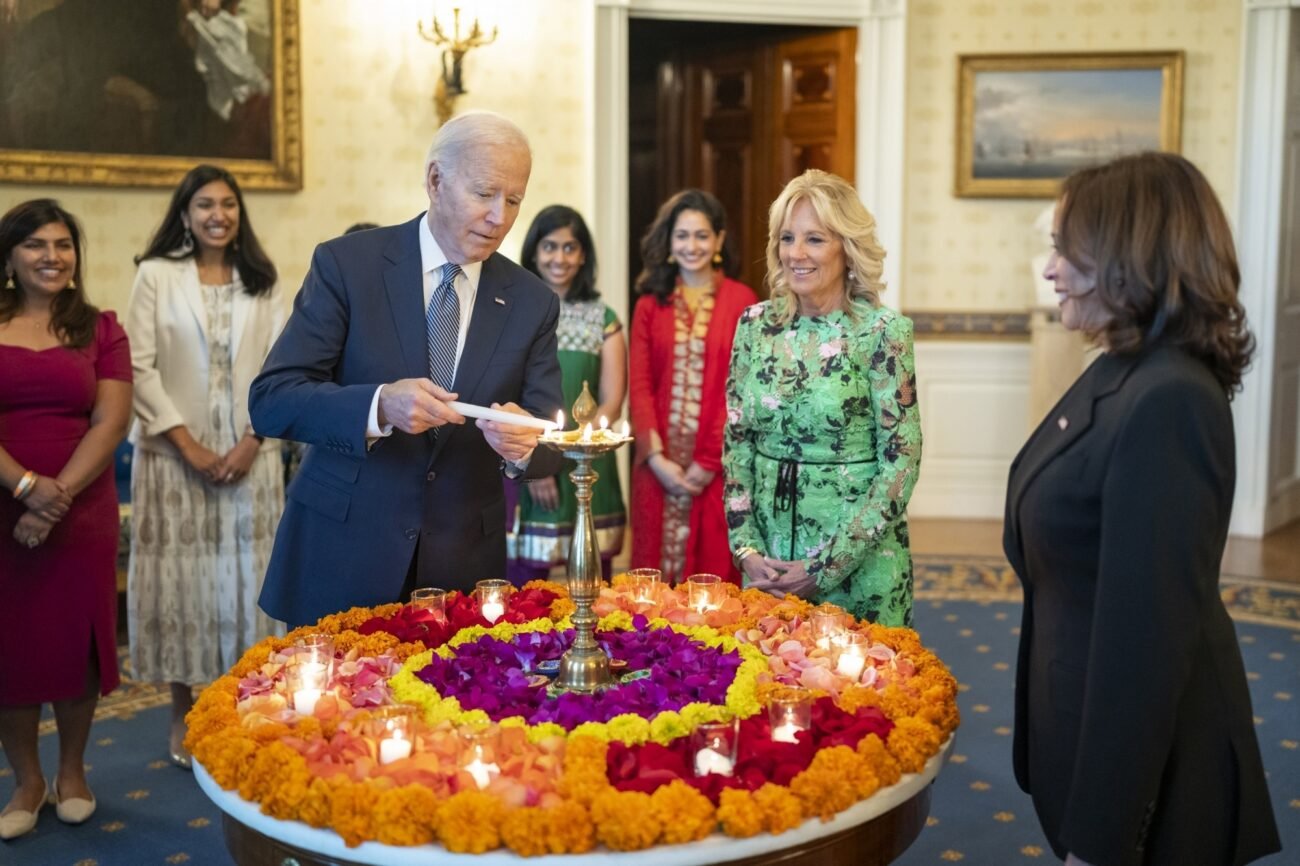 You Reflect The Soul Of The Nation: Biden To Indian Americans At Largest Ever WH Diwali Festivities

WASHINGTON, DC – Hosting a Diwali reception at the White House, which was attended by more than 200 prominent Indian Americans, President Joe Biden thanked the community for making the festival of lights a joyous part of the American culture.

“We are honored to host you. This is the first Diwali reception of this scale in the White House ever to be held. We have more Asian Americans than ever before in history, and we want to thank you for making the Diwali celebration a joyous part of American culture,” Biden said while addressing the Indian American community at the East Room on October 24.

“As we host the official White House Diwali reception, we are honored to light the diya surrounded by members of the most diverse Administration in American history–led by Vice President Kamala Harris, the first Black American and South Asian American to become Vice President,” he added.

Biden, along with First Lady Jill Biden and Vice President Kamala Harris, thanked the South Asian community across America for their optimism, courage, and empathy.

“Together, South Asian Americans reflect the soul of who we are as a nation, whether helping us emerge stronger from this pandemic, building an economy that works for everyone, or serving and protecting our communities and our country,” Biden said.

Harris in her remarks said the, “White House is the people’s house and together our president and first lady have made this place where every American can celebrate their honor and tradition.”

First Lady Jill Biden praised the community for “helping us light our way forward.” And she said, “With persistence, with faith, with love, I am grateful that today these diyas have guided you to this home. A home that belongs to all of you.”

The Bidens called the reception the largest since the People’s House started celebrating the festival during the George Bush administration.

The Bidens also called up CA Congressman Ro Khanna’s children who later tweeted, “It’s a testament to this President’s belief in the future. The President was right. I did marry up and the kids are our light.”

The reception was also marked by cultural events, including performances by sitarist Rishab Sharma and the Sa Dance Company.