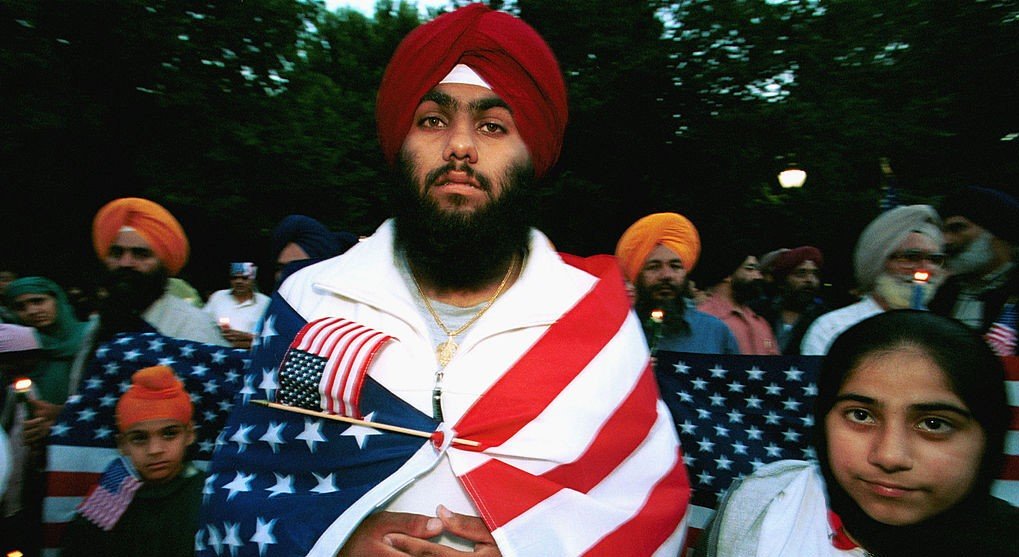 In the days following the Sept. 11, 2001 terrorist attacks, which killed an estimated 2, 977 people, Muslim and Sikh Americans were viewed with hostility and suspicion and became the targets of hate crimes.

Indian American gas station owner Balbir Singh Sodhi, fatally shot in the head five times Sept. 15, 2001 at his place of business in Phoenix, Arizona, was the first reported 9/11-related hate crime: Sodhi’s killer Frank Roque said he mistook him for an Arab Muslim because of his turban and beard and wanted revenge for the terrorist attacks.

“There was discussion of banning Muslims and Sikhs from flying and even putting them into internment,” said Norman Mineta, who served as Transportation Secretary in the George W. Bush administration at the time of the attacks, speaking Sept. 9 at the OCA–Asian Pacific American Advocates Virtual 9/11 memorial.

Twenty years later, little has changed, said Indian American activist Deepa Iyer, who founded South Asian Americans Leading Together in the wake of the 9/11 attacks, with the aim of bringing the community together. At the time, she noted, there was very little organizing in the South Asian American community, whose small numbers were almost invisible in the political landscape.

“There has not been the systemic change we need in the national security architecture,” she said, noting that several policies enacted at the time still haunt the South Asian American community today.

A precursor to the Trump Administration’s Muslim ban of 2017 was “special registration,” the National Security Entry-Exit Registration System program which required men over the age of 16 from Muslim majority countries to register with the federal government. The rationale, said advocates of the NSEERs program, was to target potential terrorists in the U.S., before they could take action. The program was dismantled in 2016.

“Foreign-ness has always been suspect,” she said, noting that approximately 71 percent of the South Asian American community is foreign-born. “Twenty years later, there is still racial profiling at the national level, and so many loopholes. Congress has still not acknowledged the racial profiling of our community post-9/11,” said Iyer, a strategic advisor at the Building Movement Project and director of Solidarity Is.

Iyer is also the author of the book “We Too Sing America,” a study of hate crimes against the South Asian American community post 9/11.

At a news briefing the same afternoon organized by the Islamic Network Group, Gurwin Singh Ahuja, co-founder of the National Sikh Campaign who served in the Obama White House, spoke about the impact of 9/11 to his sense of self as a 12-year-old Sikh American. “We suddenly found ourselves as the targets of hate.”

“I was so aware of how it impacted my day to day life. When we went to the grocery store, or even at school, people looked at me with a bit of panic. I was perceived as a threat, someone willing to commit mass murder at a moment’s notice,” said Ahuja.

“The turbans and beards that we wear to symbolize our tolerance for all people suddenly became symbols of terrorism,” he said, emotionally referring to Sodhi, who, he said, was “a victim of ignorance.”

“It was the immediate realization that, overnight, everything had changed for Muslims in America,” said Ameena Jindali, a founding member of ING. She noted that hate crimes against the community spiraled from just 20 in the year 2000 to over 400 a year later, with many hate crimes going unreported. In 2020, the FBI reported 124 bias-motivated attacks against Muslim Americans. Attorney General Merrick Garland said in a press statement announcing the release of the data that it was an undercount, as law enforcement agencies voluntarily participate in the FBI’s Uniform Crime Reports program.

“Women and girls wearing hijabs were targeted,” said Jindali, who herself wears hijab. “Boys were called terrorists,” she said, adding there was widespread wiretapping.

“The Patriot Act made it easier to demonize us,” she said, referring to a law implemented a month after 9/11, which sought to intercept and obstruct terrorist activity in the U.S., and abroad.

The vilification of Muslims continued into the 2016 presidential election, as candidate Donald Trump called out the community, and immediately implemented a “Muslim ban,” barring people from several Muslim majority countries from entering the U.S. Jindali noted the negative portrayal of Muslims in popular culture, including television, films, and social media.

Raju Rajagopal, who serves on the board of directors of Hindus for Human Rights, said at the ING briefing that the 9/11 terrorist attacks have led to the worldwide demonization of Muslims. “The attacks left deep wounds for many communities. It was a marked shift of animosity towards immigrants. But the brunt of hate was borne by Sikhs and Muslims.”

“The real impact post 9/11 was to increase the suppression of Muslim minorities, said Rajagopal. “Nowhere is that more evident than India, where it has allowed the validity of Hindutva,” he stated.

“Our once secular society has been taken over by Hindu nationalists, rendering Muslims a faceless minority,” said Rajagopal. He noted that Indian Americans are deeply divided on the issue, at a time when it is critical for the community to come together, and to participate in interfaith forums.

Iyer and Ahuja both noted that 9/11 was an inflection point for the small South Asian American community. The Sikh Coalition, SAALT, and several other community organizations were birthed post 9/11 with the aims of advocacy and education.

In a blog post, Satjeet Kaur, executive director of the Sikh Coalition, noted the duality of response to Sikh Americans post 9/11. Sat Hari Singh, a train operator with the Metropolitan Transit Authority, was called a ‘hero of 9/11’ for making a snap decision to drive his passengers away from the chaos unfolding in the city. But in the weeks after the attacks, he soon faced discrimination–his employer refused to let him wear a turban without the MTA logo branded on it, she wrote.

“We instantly experienced a wave of backlash against our communities across the nation–with suspicion, discrimination, and even targeted violence alienating us from our neighbors, employers, and government.”

“Two decades on, we continue to insist that these experiences be recognized,” wrote Kaur, noting that Reps. Pramila Jayapal, D-Washington, and Judy Chu, D-California, have introduced a resolution recognizing the racist backlash faced by South Asian Americans after 9/11 and calling for a full review of the ways that the U.S. government allegedly furthered that backlash.

IMPACT’s executive director Neil Makhija issued a statement in memory of the victims of 9/11. “Twenty years ago, Americans watched in horror as the twin towers collapsed and 2,753 lives were taken. Today, we honor their legacies and remember the first responders who risked their health and safety.”

“We also recognize the effect that 9/11 had on our society as heinous acts of terrorism were ascribed to millions of South Asian Americans. In 2001, we witnessed a surge of hate crimes against Sikh and Muslim Americans, warrantless surveillance of Muslim Americans, and South Asian communities at large become subjects of hate and discrimination.”

“Twenty years later, that surge of hate crimes has yet to recede,” said Makhija, noting that IMPACT and other organizations are aiming to get elected “diverse leaders who reflect our inclusive values, fight back against bias, challenge stereotypes, and advocate for the rights of our communities, as we continue to forge our path forward towards unity and healing.”