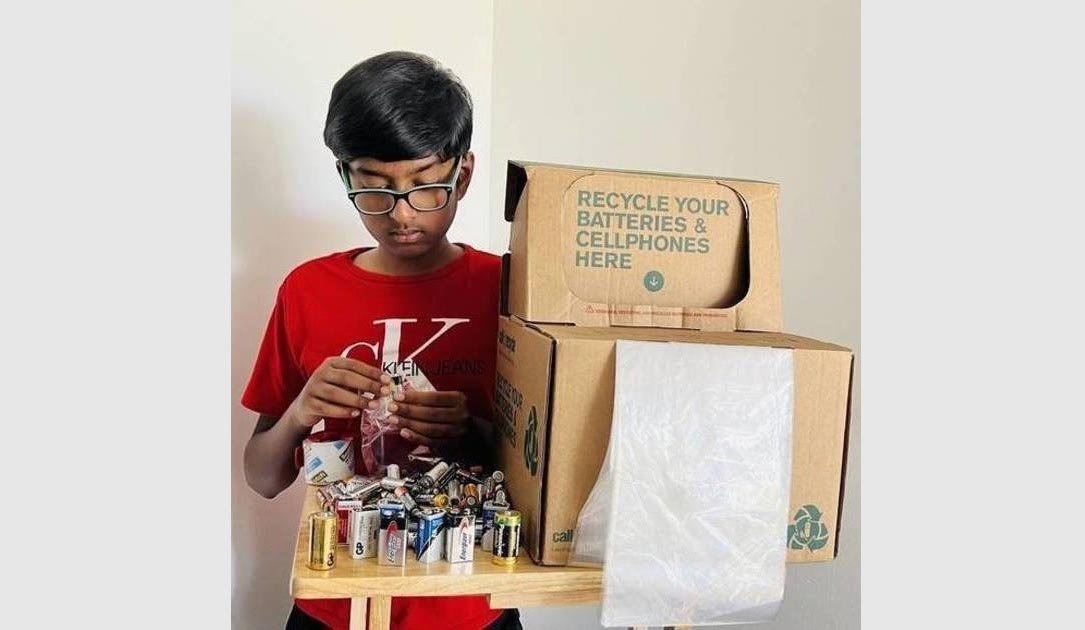 Every year, 15 winners are awarded $10,000 each to support their service work or higher education.

Samuel was honored for founding the FLchapter of Bye Plastic Bags, a student-led non-profit committed to reducing the amount of plastic on the planet. In the past three years, she has mobilized more than 1,000 volunteers to join over 175 coastal cleanups across the state.

Karun Kaushik has created X-Check-MD, an Artificial Intelligence software that can diagnose Covid-19 and pneumonia with 99 percent accuracy in under one minute.

Laalitya Acharya has invented Nereid – a low-cost, globally applicable device that can detect water contamination within seconds. Her system uses Artificial Intelligence and can be placed directly into water pipes to detect microbial water contamination at low concentrations before it spreads.

Nihal Tammana’s non-profit, Recycle My Battery, installs free battery recycling bins and educates young people and adults about battery recycling. In just three years he has built a team of 220 student volunteers across the globe who have recycled nearly 200,000 batteries and educated millions of people.