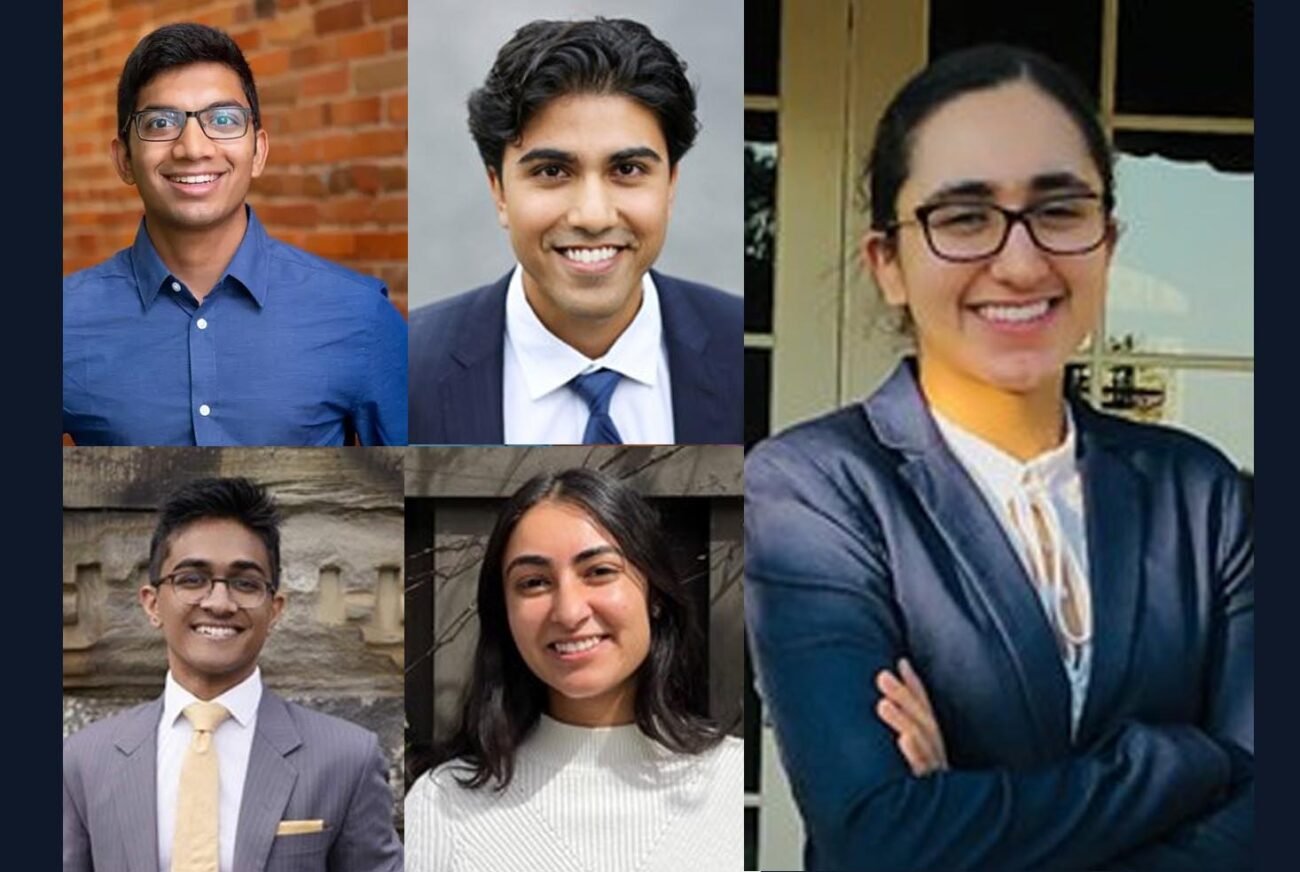 NEW YORK, NY (IANS) – Five Indian American students have been selected from a pool of 840 applicants to join the ranks of Rhodes Scholars Class of 2023.

Shreyas Hallur, Atharv Gupta, Veer Sangha, Amisha Kambath, and Jupneet Singh are among 32 scholars who will begin their graduate studies at Oxford in October next year.

The Rhodes Scholarship is a fully funded, full-time graduate fellowship awarded by the University of Oxford since 1903. The selected scholars can come to the UK for two or more years and can apply to study most full-time postgraduate courses offered by Oxford University.

Hallur of Phoenix, AZ, is a senior at Duke University with majors in Statistics and in Public Policy. He plans to continue his passion for healthcare reform by studying medical anthropology and evidence-based social intervention and policy evaluation at Oxford. Hallur has also taken a leap in making STEM education more inclusive for autistic children, having won a $1 million grant from the National Science Foundation for his work at the Southwest Autism Research and Resource Center.

Sangha of Columbia, MO is a senior at Yale College with majors in Computer Science, Statistics and Data Science. He will pursue a D Phil in Health Data Science at Oxford, as he aims to explore how artificial intelligence can revolutionize health care.

Jupneet K Singh of Somis, CA, is a senior at the Massachusetts Institute of Technology where she majors in Chemistry. A cadet lieutenant colonel in the US Air Force ROTC program, she plans a career as a military surgeon. At Oxford, she will pursue an M Sc in Evidence-Based Social Intervention and Policy.

Kambath of San Ramon, CA, is a senior at Harvard College where she majors in Social Studies. A Truman Scholar, who is passionate about criminal justice reform, Kambath intends to do M St in English (English and American Studies).

Gupta of Fairfax, VA, is a senior at Georgetown University, where he is majoring in Science, Technology, and International Affairs. At Oxford, Gupta intends to do the MSc in Social Science of the Internet.