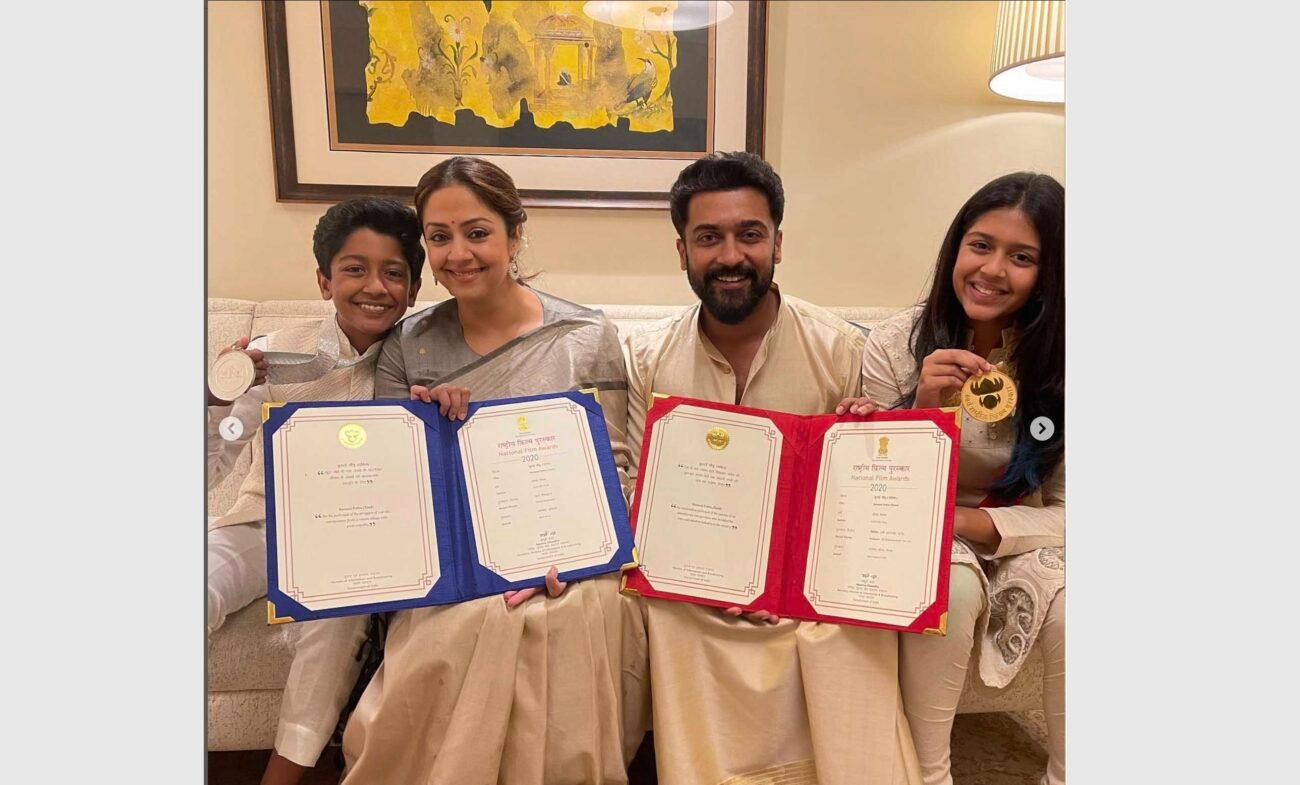 NEW DELHI (ANI) – Actor Suriya was given the National Award for Best Actor for ‘Soorarai Pottru’ on September 30 by President Draupadi Murmu at a ceremony here. The film was co-produced by his film star wife Jyotika and it was a double celebration in their home. Jyotika posted pictures on her Instagram handle.

Upon receiving the honor, Suriya, expressed his elation and said, “Huge honor. Truly grateful to the National Film Award jury and the Government of India. A lot of emotions running in my mind. I have a lot of people to thank…Getting goosebumps. Truly a moment which I’ll never forget.”

Suriya whose real name is Saravanan Sivakumar won the National Award for his work in the film ‘Soorarai Pottru’ which is a dramatized portrayal of retired Army Captain GR Gopinath’s life as the founder of the low-cost airline Air Deccan.

Despite having a straight OTT release, the film was a big success, with fans flooding Twitter with rave reviews. Suriya and Guneet Monga both co-produced the film.

‘Soorarai Pottru’ is currently being made in Hindi, with actors Akshay Kumar and Radhika Madan in the lead roles.