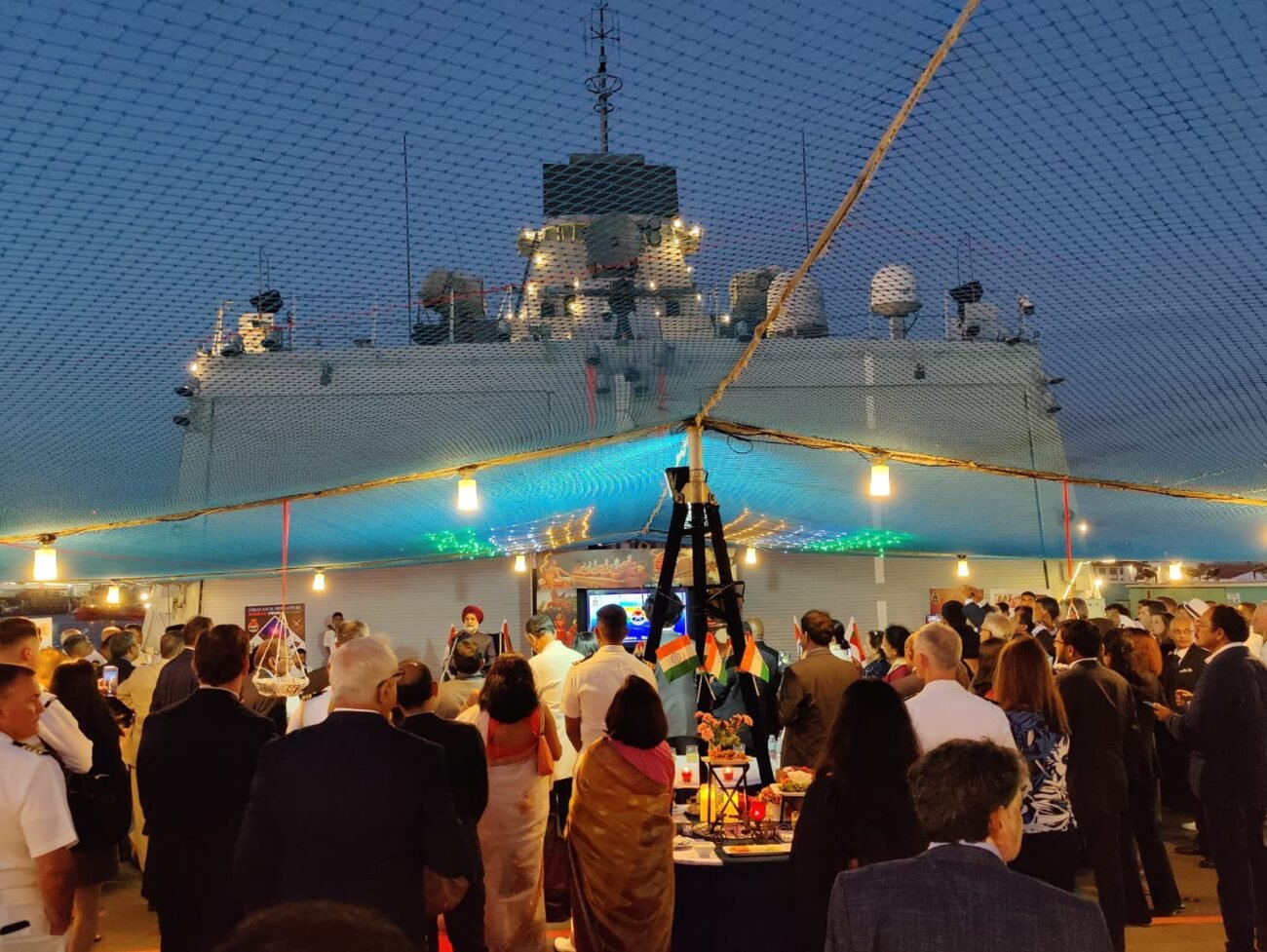 SAN DIEGO, CA – For Indo-US defense relations it was a historic moment; for the select Indian American community members present it was a moment to belong to something bigger other than garnering personal praise for writing a check or rendering a service.

On August 16, Taranjit Singh Sandhu, Ambassador of India to the US, hosted a ‘National Reception’ as part of the ‘Azadi Ka Amrit Mahotsav’ commemoration, onboard the Indian naval warship INS Satpura.

The ship’s visit to San Diego was historic, being the first time ever that an Indian warship had docked on the west coast of North America.

Commanding Officer Captain Saket Khanna underscored the moment as the strengthening of friendship and cooperation between the US and Indian Navies. Speaking to the gathering, Khanna narrated how he had gone offshore into the city when the driver of his car had asked how it was possible for an Indian ship to be docked at a US Naval Base. “I guess they trust us,” Khanna said was his response, drawing immediate approbation from the gathering which included Carlos Del Toro, US Secretary of the Navy, and senior leadership and officers from the US Navy.

Del Toro too, in his brief remarks, was quick to emphasize the shared values between both the democracies and remarked on the growing military cooperation led by the Navies in particular.

The Secretary was not the only one from Washington. Mingling in the crowd were executives from aerospace and defense organizations speaking of their visits to Bangalore and Delhi; there were professors who run their own labs and others who hedged what they were about but were clearly involved in defense and security matters. There were others too, including cultural and social leaders of San Diego, who perhaps tend to be eclipsed by the larger Indian American communities in LA and the Bay Area.

A notable presence in the gathering was Retd. Commodore and Stanford University Professor Emeritus Arogyaswami Paulraj, inventor of the MIMO wireless technology that today lies at the heart of today’s cellular and wi-fi connections.

The brief speeches were preceded by guests networking and savoring chicken and shrimp bites, pani puri and bhel puri while sipping colorful mocktails and cocktails. The only time the guests stilled, was for a moment as the INS Satpura crew marked the beautiful California sunset with the blowing of bugles.

For the INS Satpura, the August 16 reception was the culmination of one of the longest deployments by the Indian Navy, having traveled a distance of about 20,000 kms to reach San Diego. On August 15, the Indian flag was hoisted as part of the Indian Navy’s deployment of ships across all six inhabited continents to commemorate the 75th Independence Day. The crew also conducted a 75-lap ‘Azadi Ka Amrit Mahotsav Run’ at the San Diego Naval Base and paid homage to 75 stalwarts of India’s freedom movement.

About INS Satpura: Designed and built in India, the 6000-tonne guided missile stealth frigate is equipped to seek and destroy adversaries in air, surface, and underwater. It is a frontline unit of the Eastern Fleet based at Visakhapatnam.