HomeAmericasCommunityAmbassador Sandhu Lavishes Praise on Indian Americans Gathered From Across US

Ambassador Sandhu Lavishes Praise on Indian Americans Gathered From Across US 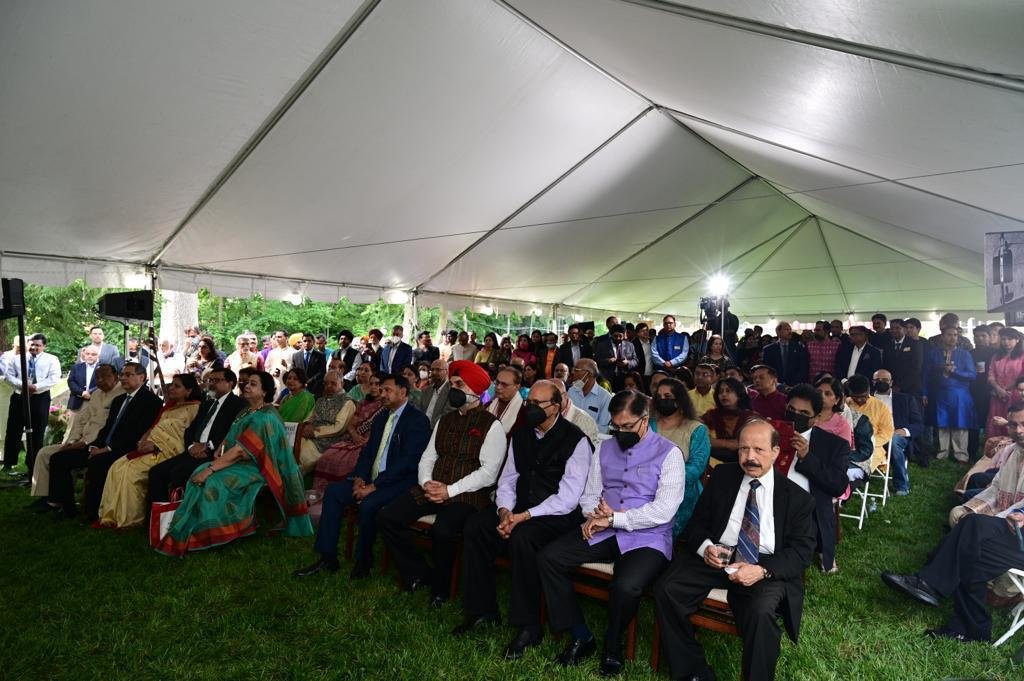 Ambassador Sandhu Lavishes Praise on Indian Americans Gathered From Across US

WASHINTON, DC – India’s Ambassador to the US on June 11 applauded Indian Americans for their accomplishments in almost every walk of life in the United States, while addressing a gathering of Indian Americans from across the country, the first-of-its-kind since the pandemic, at India House here.

The reception was also attended by the Indian Consul Generals from its other diplomatic missions in the US in Houston, San Francisco, Atlanta, Chicago, and New York.

“We have a number of CEOs of multinational companies this evening, hardworking professionals, spirited entrepreneurs, self-made farmers from California and other states, members of the think-tanks, leading academics and scientists. We also have even nonprofit workers who are helping women in distress,” he said.

Turning to US-India relations, Sandhu said, “In fact, two months ago, three of our top four ministers within the span of 10 days visited the United States. These are among the top four top members of the Cabinet Committee on Security. We had the External Affairs Minister, that Defense Minister and the finance minister visiting here,” he said.

Sandhu said the bilateral trade has reached an all-time high.

“Of course, it’s still the tip of the iceberg. It’s $160 billion despite the supply chain constraints, despite the pandemic, despite not having an FTA between our two countries,” he said.