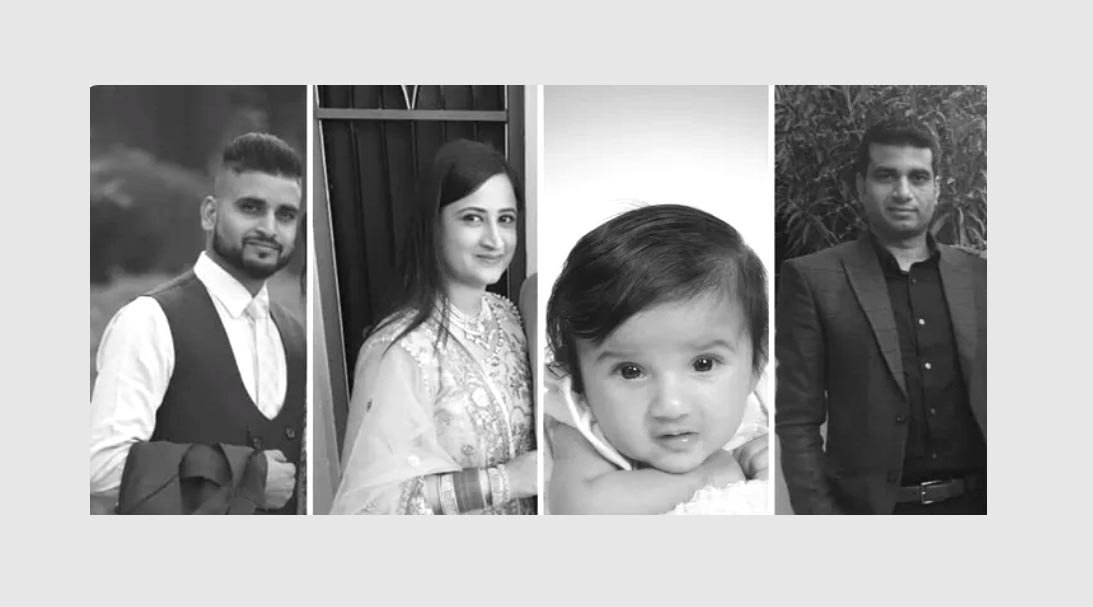 MERCED, CA (IANS) – “American dream gone wrong”, said the family of the Indian American Sikh family of four, including an eight-month-old infant, who were murdered here.

Their immigrant dream ended when eight-month-old Aroohi Dheri, her parents Jasleen Kaur, 27, and Jasdeep Singh, 36, and her uncle Amandeep Singh, 39, were violently kidnapped from their trucking business on October3 and found murdered two days later.

The family said on gofundme.com: “As immigrants to America, they worked tirelessly for 18 years to achieve safety, security, and community for themselves and their families.”

The Merced County Sheriff’s Office verified that the fundraiser was indeed the family’s and the only one authorized by them after it had issued an alert about the possibility of unauthorized appeals.

The two brothers were “the primary bread earners for the family (and) supported their elderly parents”, the appeal said.

The appeal has a goal of $250,000 to support the education of Ekam and Seerat and “provide financial relief” to Jaspreet Kaur and the elderly parents.

The GoFundMe page gave a picture of a tight-knit, happy family now shattered by the tragedy.

The family said on the GoFundMe page that Amandeep Singh “routinely donated food to the local food bank and found comfort in his faith, never missing Sunday service in the temple”.

Jasdeep Singh and Jasleen Kaur married three years ago in India and were re-united two years ago in the US after her immigration came through.

“They were barely starting to make memories together as a family with their baby,” the family said.

“Aroohi loved to run around the house in her walker and was a joyous child” much loved by her grandparents and cousins, they added.

Randhir Singh and Kirpal Kaur were “overjoyed” by the birth of their granddaughter and “recently traveled to India to plan a Lohri celebrating Aroohi’s arrival in the family”, they said.

Jesus Manuel Salgado, a former convict who had worked for the family’s trucking business, has been arrested formally and charged with four murders and kidnappings, according to the Sheriff’s office.

His brother, Alberto Salgado, was arrested “for criminal conspiracy, accessory, and destroying evidence”, the office added.