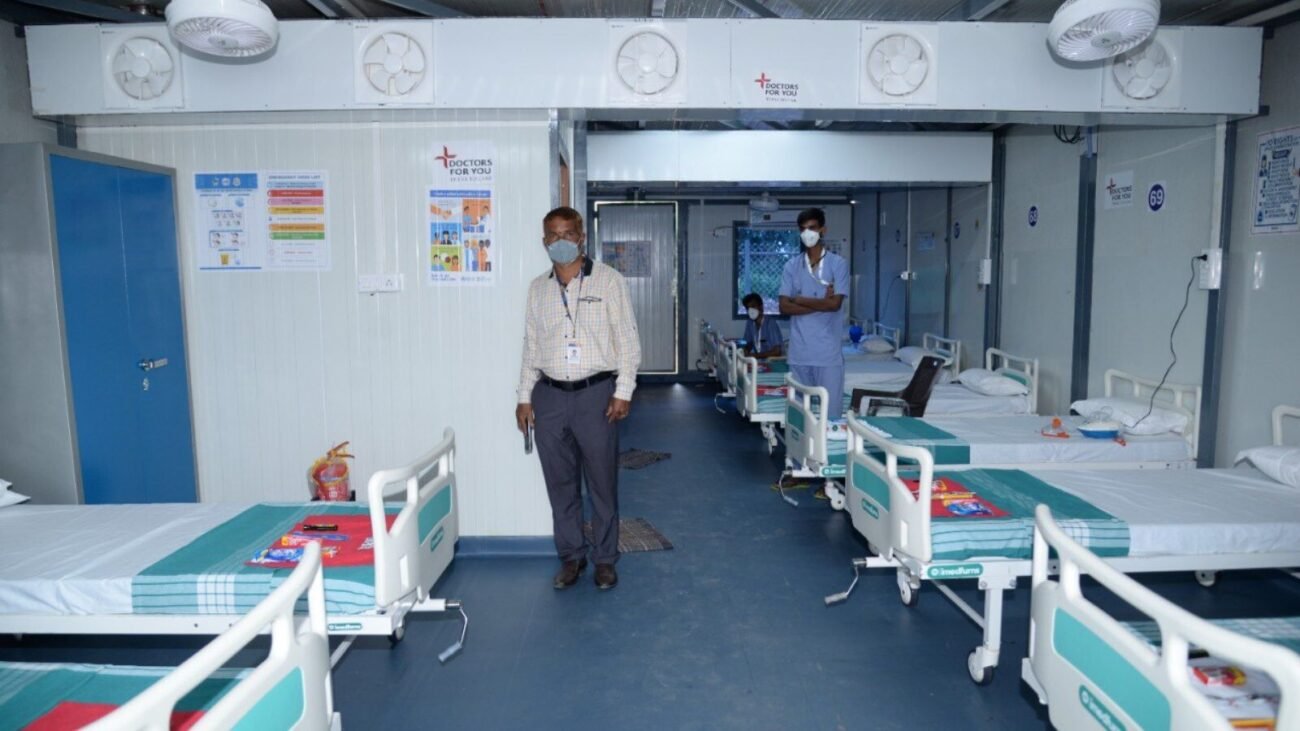 The facility has been installed by AIF as part of the philanthropic efforts of GS and Lenovo India towards COVID care. The second wave, starting April 2021, was much more severe and challenged the public health system with extreme shortage of oxygen supplies resulting in unprecedented number of morbidities. To ensure future preparedness, there emerged a great need for augmentation of the healthcare system including hospital beds equipped with ventilators, oxygen concentrators and other medical supplies to meet the current and future crises of this nature.

The newly upgraded facility includes triage and treatment centers, of which 62 beds are in isolation units and 8 are in the intensive care unit. The additional 70 new beds increase the hospital’s current 70-bed capacity, boosting its ability to treat and care for those affected by COVID-19. The modular portable bed units have 25-year durability and each unit can easily be deconstructed or repurposed as extra space for various community needs or disaster relief.

AIF also organized a vaccination drive for the first batch of persons with disability at Apollo Hospital, Jasola Vihar, New Delhi July 5, as part of its The First Million initiative to vaccinate 1 million people from the most vulnerable communities.

On this occasion, AIF also launched the brand identity of Mission Corona Vijay-Har Baazu Mein Taaqat, a behavior change communication campaign, under The First Million, aimed to address and decimate myths, misinformation and untruths propagating vaccine hesitancy. Gathering nuanced findings through qualitative research, the campaign will nudge behavior change, remove hesitancy and mobilize the vulnerable population in the identified geographies. AIF has recognized persons with disability, migrant laborers along with street vendors, sex workers, tribal population and women working in the unorganized sector, as the five most vulnerable groups in need of immediate intervention.

In related news, IANS reports from Washington: The highly transmissible Delta strain has overtaken the Alpha variant to become the dominant variant in the U.S., according to new estimates from the U.S. Centers for Disease Control and Prevention.

Delta, which was first found in India and is now in over 100 countries, represented 51.7 percent of new infections in the U.S. over the two weeks ending July 3, Xinhua news agency reported citing the CDC.

Recently, health officials and experts have warned that the Delta variant was on track to become the dominant variant in the U.S., as its prevalence in the nation doubles about every two weeks.

They are concerned the variant will cause a surge in new cases this fall, hitting the unvaccinated population the hardest.

Increasing cases were reported in states with lower vaccination rates, including Alabama, Arkansas, Louisiana and Mississippi, according to the CDC.

Although Delta is highly contagious, research show that most vaccines still remain highly effective at preventing hospitalizations and deaths caused by the variant.

U.S. President Joe Biden July 6 pushed for all eligible Americans to get Covid-19 vaccinations, stressing the importance of being protected against Delta.