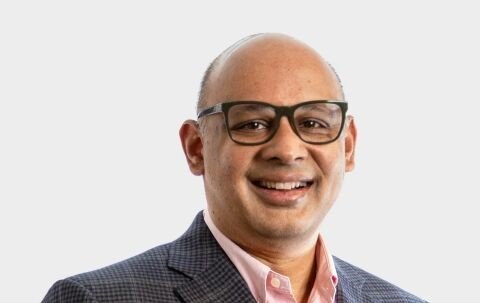 Close on the heels of Indian American Parag Agarwal being appointed as CEO of Twitter, another Indian American executive, Anand Eswaran, has made it to the high-profile league of global honchos calling the shots at Big Tech.

Veeam Software, a leader in backup, recovery and data management solutions that deliver modern data protection, Dec. 16 announced that it has appointed Eswaran as its new Chief Executive Officer and a member of the company’s Board of Directors. William H. Largent will step down as CEO to focus on his role as chairman of the Board of Directors, according to a Business Wire report.

Veeam, which crossed $1 billion in ARR this year and has over 400,000 customers, is at the heart of the data ecosystem and orchestrates data movement, control and trusted protection in any environment and across Hybrid Cloud, it said.

Eswaran joins Veeam from a successful tenure at RingCentral where he was president and Chief Operating Officer, overseeing exponential growth and customer expansion. In the company’s most recent financial results under Eswaran’s leadership, it reported ARR of $1.6 billion, a 39% increase year-over-year.

“I am excited to welcome Anand as Veeam’s new CEO. Anand brings extensive experience in developing new business models, executing on market expansion and driving growth with an inclusive purpose-led and people-first culture. To have someone with Anand’s experience on board will lead us into a new era of success, as we further accelerate into the cloud and evaluate the opportunity for Veeam to be a publicly traded company in the future,” said Largent.

“Veeam is a unique company that is growing significantly faster than the market. I am delighted to be joining such a talented team at an exciting time in its journey,” commented Eswaran, according to the report. “Data is exploding and has become one of the most important assets for all organizations. As such, data management, security and protection are pivotal to the way organizations operate today, and failure to have a robust strategy can be catastrophic. Veeam has a unique opportunity to break away as we sit in the middle of the data ecosystem, with the most robust ransomware protection and ability to protect data wherever it may reside.”

Eswaran’s strategic vision, inclusive leadership and track record in driving growth is well recognized, and he has the perfect background to lead Veeam to achieve the next $1B in ARR and beyond, noted the report. At RingCentral, he led Product, Engineering, Sales, Marketing, Services, Customer Care, Operations, IT, and Human Resources. Prior to RingCentral, Eswaran was responsible for Microsoft’s Enterprise Commercial and Public Sector business globally; earlier in his tenure at Microsoft, he led Microsoft Services, Industry Solutions, Digital, Customer Care, and Customer Success — a global team of 24,000 professionals.

Prior to joining Microsoft, Eswaran was the executive vice president of the $5.4B global services business at SAP, leading 17,000 business process and technology professionals to accelerate customer and partner value creation through SAP’s enterprise applications.

IANS adds: “Today my RingCentral chapter closes with unforgettable experiences and lasting friendships. My next chapter begins – promising opportunities to learn and grow. New beginnings as CEO of Veeam,” he said in one of his tweets.

He is a founding member of the Technology Services Industry Association and served on the executive advisory board for 12 years.