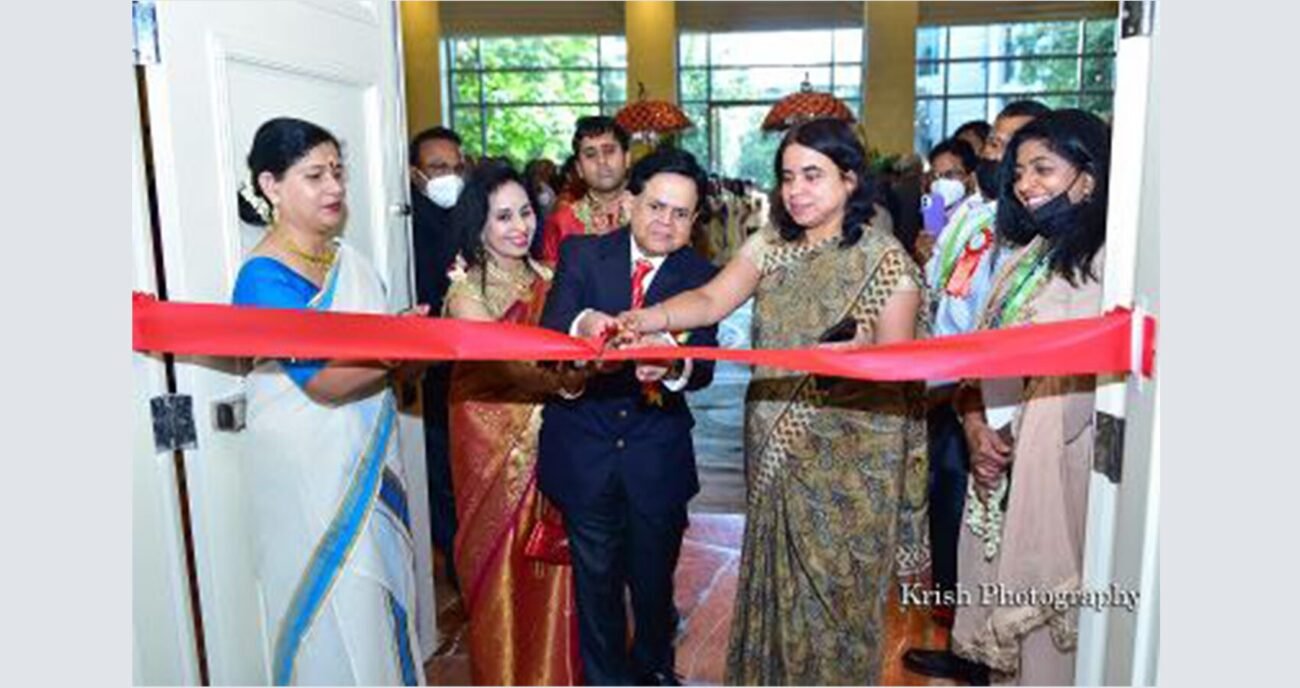 The Association of Kerala Medical Graduates Aug. 13 held its 42nd annual convention in Atlanta, Georgia, with hundreds of fully-vaccinated Indian American doctors of Kerala origin and their families, as well as from Canada, attending the proceedings. (photo provided)

The Association of Kerala Medical Graduates Aug. 13 held its 42nd annual convention at the Inter-Continental Buckhead Hotel in Atlanta, Georgia, with hundreds of fully-vaccinated doctors of Kerala origin and their families from the U.S. and Canada attending the proceedings.

“We have added close to 400 new life members to the AKMG organization. We have started a mentorship program for young physicians who are working on improving their craft,” said the Indian American. “We have supported several food banks that have fed the hungry. In addition, our teams raised enough funds to feed 10,000 homeless people last Christmas.”

The consul general of India in Atlanta, Dr. Swathi Kulkarni, kicked off the convention with the traditional lamp lighting.

Kulkarni shared with the audience about the many programs and plans offered by the Government of India to alleviate the sufferings of the people of India during the pandemic.

In addition, Kulkarni stressed the importance of the Indo-U.S. Strategic Alliance, especially in the health sector, while pointing out India’s contributions to providing the world with quality drugs for lower prices, a news release said.

The Center for Disease Control’s Dr. Vikas Kapil delivered the keynote address. Dr. Asha Thomas, an IAS officer and head of Health and Human Services and Medical education in Kerala, attended the convention.

Vijayan praised the achievements of the Indian doctors using the knowledge gained from India. He also congratulated AKMG for being the oldest medical organization with 42 years of history and for its members being the ambassadors of Kerala.

“The AKMG, the pioneering organization of Indian physicians in the U.S., formed three years earlier than the American Association of Physicians of Indian Origin, AKMG inspired the formation of AAPI,” Dr. Sudhakar Jonnalagadda, immediate past president of AAPI, said.

Also, during the convention, Bhat handed over the charge to incoming president Dr. Nigil Haroon.

“I am humbled and honored by the opportunity to serve as your president for its 42nd year. As I undertake to represent the AKMG as its president for 2021-22,” Haroon said, and promised to work to strengthen the organization and enhance its relationship with organizations of other medical professionals.

As always, AKMG will continue focusing on charitable activities and helping the medical colleges back in Kerala.

More information about the AKMG can be found by visiting www.akmg.org.