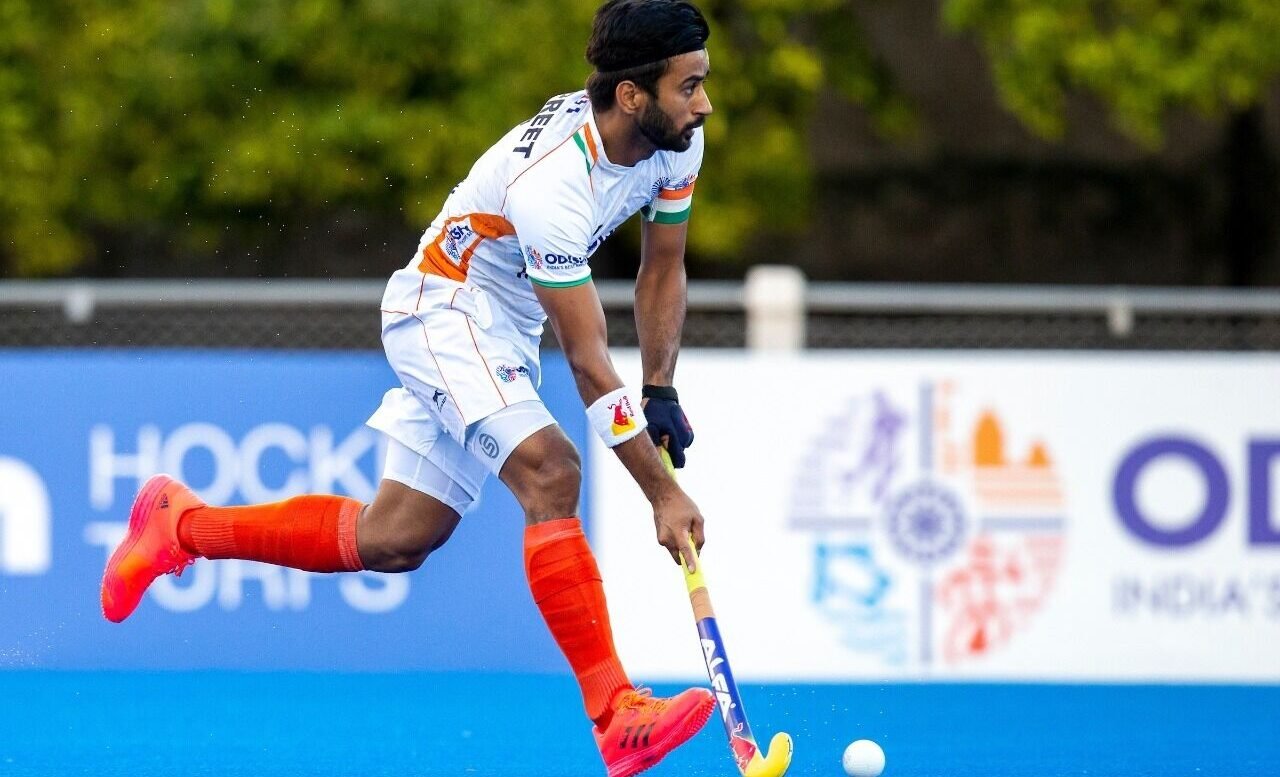 India’s Manpreet Singh, the FIH Player of the Year in 2019, at the Tokyo Olympics July 23. (photo via IANS)

The Australia men’s field hockey team has put on an offensive show to start the Olympics.

The No. 1 team in the world rankings rolled past No. 4 India 7-1 on July 25. The outburst came a day after the Kookaburras rallied from a 3-1 deficit to defeat Japan 5-3.

“To come out and put a performance in like that after yesterday is really pleasing for us,” said Australian midfielder Flynn Ogilvie, who scored a goal.

“We haven’t had a lot of international competition in the last 18 months like a lot of teams. So to come out against a quality team like India and put on that performance really gives us some confidence for the rest of the tournament.”

“When you score seven goals you’ve got to be pretty happy with it,” said Australia’s Daniel Beale, a midfielder who also scored a goal.

“I think we’re just more happy with putting four quarters together. Yesterday we had a second-quarter lapse, so today to get ahead and then I think we made a pretty good save on the line at 1-0 up, and then from that momentum we can put seven on which you’re never going to be unhappy with.”

India’s Manpreet Singh, the FIH Player of the Year in 2019, said his team’s mistakes are correctable. He said Sunday’s score difference doesn’t mean much, and the squad still has high hopes heading into the July 27 match against Spain.

“We are disappointed today with the result because we gave them easy opportunities,” he said. “They produced goals and we should work on our skills, be much tighter marking and also whenever we get opportunities in the opponent’s circle, we should score the goal because today we missed a couple of good opportunities.”

The Netherlands was trying to bounce back from a loss to Belgium on July 24, but the Dutch nearly found themselves winless for the weekend.

South Africa, which had never placed higher than 10th at an Olympics and was ranked just 14th in the world, took a 3-0 lead in the second period. The Dutch bounced back, scoring five goals in a 25-minute span to win 5-3.