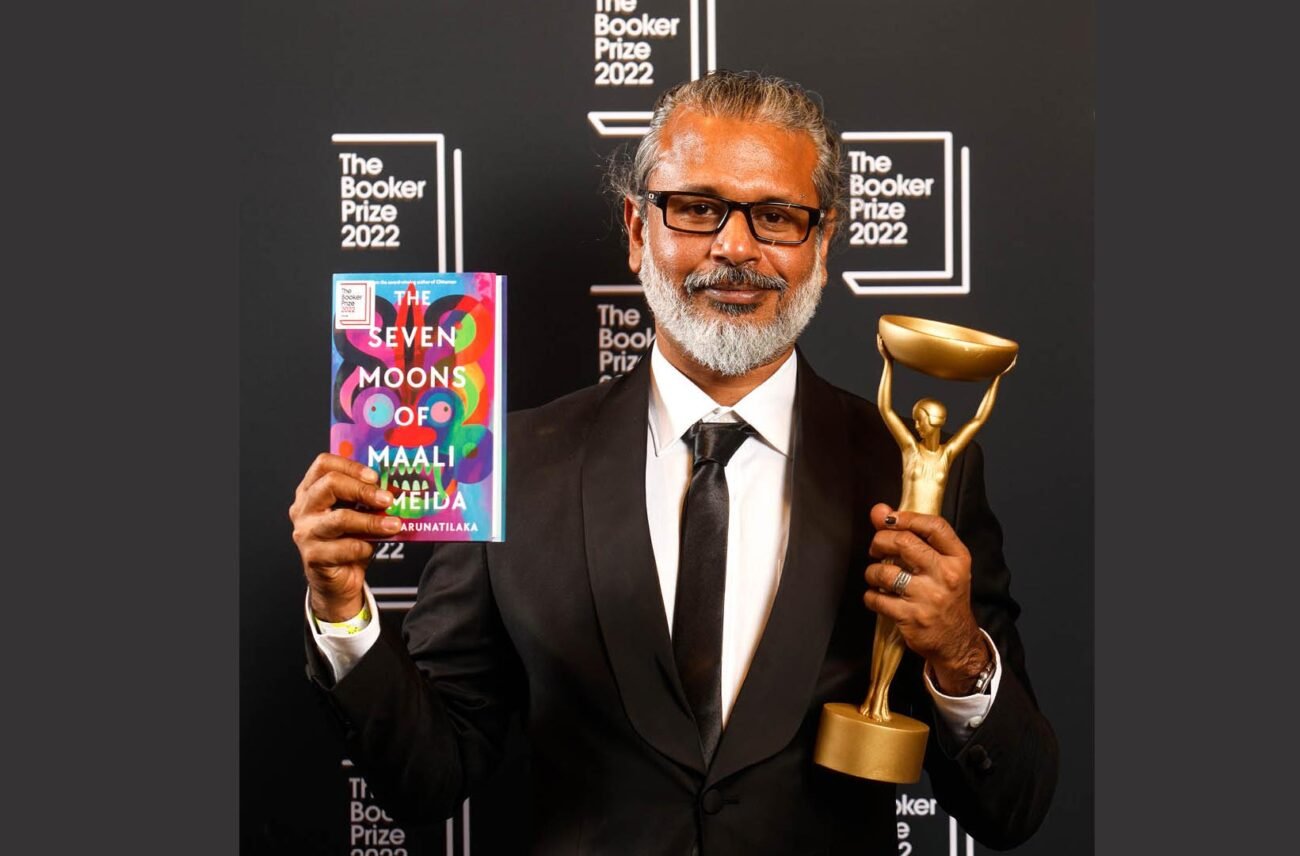 “We are delighted to announce that the WINNER of the #BookerPrize2022 is ‘The Seven Moons of Maali Almeida’ by Shehan Karunatilaka,” tweeted The Booker Prizes.

Shehan Karunatilaka’s second novel is a searing, mordantly funny satire set amid the murderous mayhem of a Sri Lanka beset by civil war.

The protagonist, Maali Almeida, war photographer, gambler, and closet gay, has woken up dead in what seems to be a celestial visa office. His dismembered body is sinking in the Beira Lake, and he has no idea who killed him. At a time when scores are settled by death squads, suicide bombers and hired goons, the list of suspects is depressingly long.

But even in the afterlife, time is running out for Maali. He has ‘seven moons’ to try and contact the man and woman he loves most and lead them to a hidden cache of photos that will rock Sri Lanka.

Karunatilaka is considered one of Sri Lanka’s foremost authors. In addition to his novels, he has written rock songs, screenplays, and travel stories.

“To have a novel about Sri Lanka’s chaotic past come out just when the world is watching Sri Lanka’s chaotic present also requires an alignment of dark forces. Unlike my protagonist Maali Almeida, I don’t gamble. So, I don’t expect to roll two more sixes, though I will scream with joy if I do,” said Karunatilaka earlier in an interview with The Booker Prizes.

The Sri Lankan author said that he began thinking about it in 2009, after the end of the civil war, when there was a raging debate over how many civilians died and whose fault it was.

“A ghost story where the dead could offer their perspective seemed a bizarre enough idea to pursue, but I wasn’t brave enough to write about the present, so I went back 20 years, to the dark days of 1989,” said Karunatilaka.

The war in Sri Lanka between the separatist Tamil forces and the government was a heavy one with a death toll of over 150000 from both sides including civilians. Starting in 1983 as a minor insurgency, it took almost 26 years for the government to finally suppress the bloody civil war.

Meanwhile, Sri Lanka, a country of 22 million people, is under the grip of an unprecedented economic turmoil, the worst in seven decades, leaving millions struggling to buy food, medicine, fuel, and other essentials.