HomeEntertainmentCinemaAyushmann Trends After Posing In Front Of SRK’s Home

Ayushmann Trends After Posing In Front Of SRK’s Home 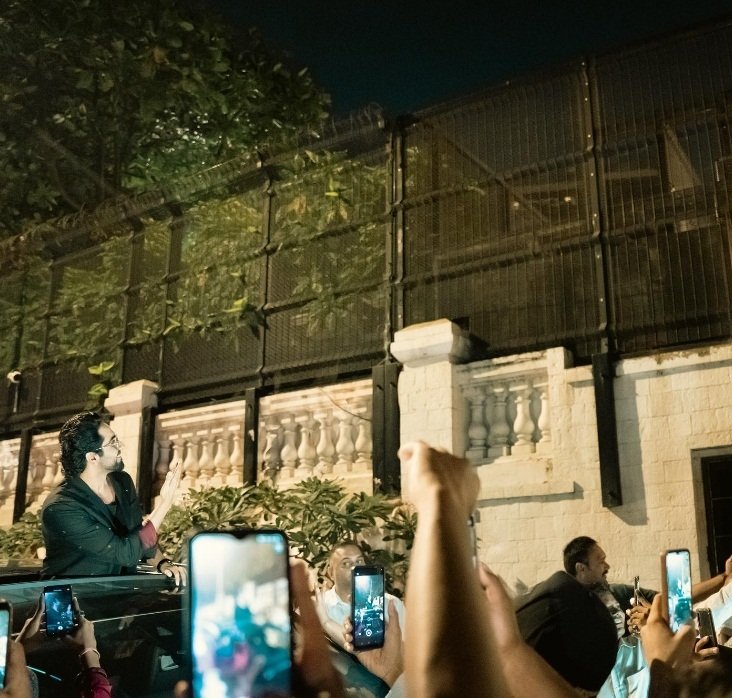 Ayushmann Trends After Posing In Front Of SRK’s Home

MUMBAI, (IANS) – Bollywood star Ayushmann Khurrana, who is currently busy with the promotions of his upcoming movie ‘An Action Hero’, is a Shah Rukh Khan fan.

Well, who isn’t? But the ‘Andhadhun’ star took it a bit further and confessed about being an “SRKian” on his social media.

The actor shared a picture of himself passing by SRK’s iconic Mumbai bungalow – Mannat. In the picture, Ayushmann can be seen surrounded by scores of SRK fans as he waves at the bungalow.

Writing in the caption, Ayushmann noted: “Mannat se guzar raha tha. Toh ek mannat maang li (I was passing by Mannat so, asked for something from God). #AnActionHero #2ndDecember #SRKian.”

Recently, the makers unveiled the item number ‘Aap Jaisa Koi’, which features Malaika Arora along with Ayushmann and is garnering a positive response from the audience.