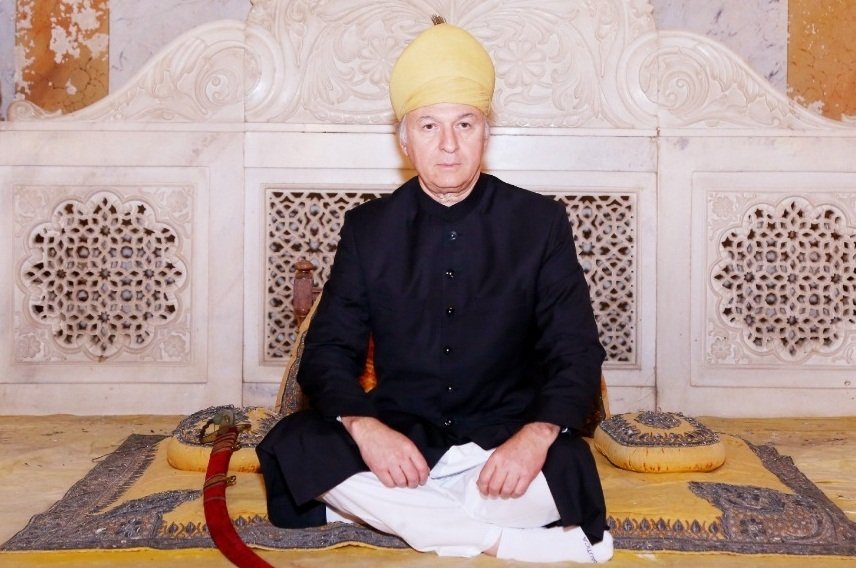 HYDERABAD, (IANS) – Azmat Jah, a professional photographer, and filmmaker who has worked with leading Hollywood directors, has taken over as successor of his father Mukarram Jah, the eighth and last formal Nizam of Hyderabad who passed away in Turkey.

In a ceremony held at Chowmahalla Palace which was attended by close family members, Azmat Jah was coronated as the successor to Mir Barkat Ali Khan Mukarram Jah Bahadur.

It was at the same palace that Mukarram Jah was coronated in 1967 after the death of his grandfather and seventh Nizam Mir Osman Ali Khan, who was the last ruler of Hyderabad State.

His coronation will have no official status or title of ninth Nizam as the government of India had abolished princely titles and privileges in 1971. As per the wish of his late father, he will be the caretaker of Nizam’s properties and Nizam Trusts.

According to sources, Mukarram Jah desired his eldest son to become his successor. It is believed that the coronation as successor will be symbolic but significant for legal purposes.

Mir Mohammed Azmat Ali Khan, also known as Azmat Jah, was born in London on July 23, 1960. He had an early education in London and later studied at the University of Southern California.

A professional photographer and filmmaker, he has worked with leading Hollywood directors such as Steven Spielberg and Richard Attenborough.

Mukarram Jah Bahadur, the titular eighth Nizam of Hyderabad who passed away in Turkey on January 14, was buried at the historic Mecca Masjid in Hyderabad on January 19 with full state honors.

Mukarram Jah, grandson of the last Nizam of Hyderabad Mir Osman Ali Khan Bahadur, passed away in Istanbul at the age of 89.

Born to Prince Azam Jah and Princess Durru Shehvar, the imperial princess of the Ottoman Empire, on October 6, 1933 in France, Mukarram Jah was coronated as Asaf Jah the Eighth on April 6, 1967, after the passing away of Mir Osman Ali Khan in February 1967.

Mukarram Jah was called Prince of Hyderabad till 1971, when then Prime Minister Indira Gandhi abolished all titles. He was also said to be India’s richest person till the 1980s. He lived most of his life in Turkey and Australia.