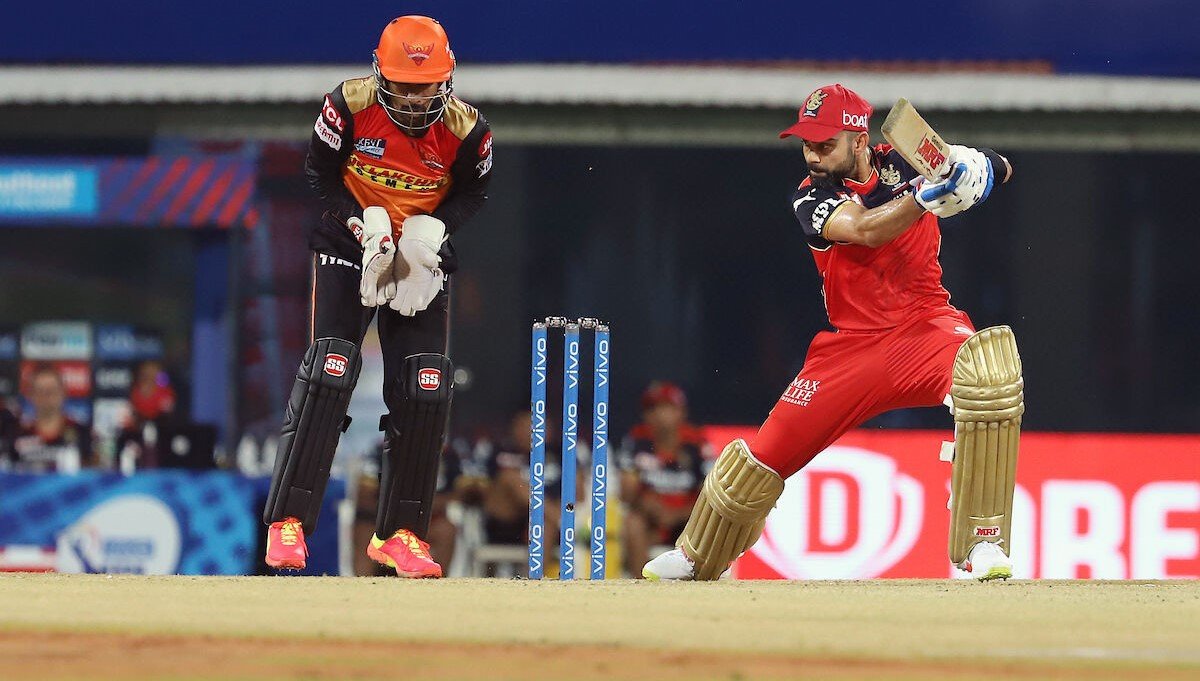 Hyderabad was cruising to victory at 96-1 in the 14th over, but the departure of captain David Warner triggered a collapse.

Bangalore’s innings was led by captain and opener Virat Kohli, 33 off 29 balls, and man of the match Glenn Maxwell, 59 off 41.

They scored only 44 runs together off six overs, but ensured the team started well and finished better. In between, however, they struggled, especially against legspinner Rashid Khan, who took 2-18 including AB de Villiers for 1.

Fast bowler Jason Holder led with 3-30, including Kohli and Maxwell, who was out off the last ball after hitting three sixes and five boundaries.

Hyderabad captain David Warner looked like winning the match on his own as he struck a six and seven boundaries, but when he hit Kyle Jamieson to long on after 54 off 37, his side’s suspect middle order was exposed.

Nobody else, including a wasteful Manish Pandey, could get on top of the bowling except for Khan, who was run out for 17 off nine with two balls to go.

Left-armer Shabhaz Ahmed took 3-7 from two overs, and medium-pacer Harshal Patel was given the last over and conceded 5 from a no ball but little else, and took two wickets.

The 149 was the lowest total successfully defended by Bangalore in 12 years.