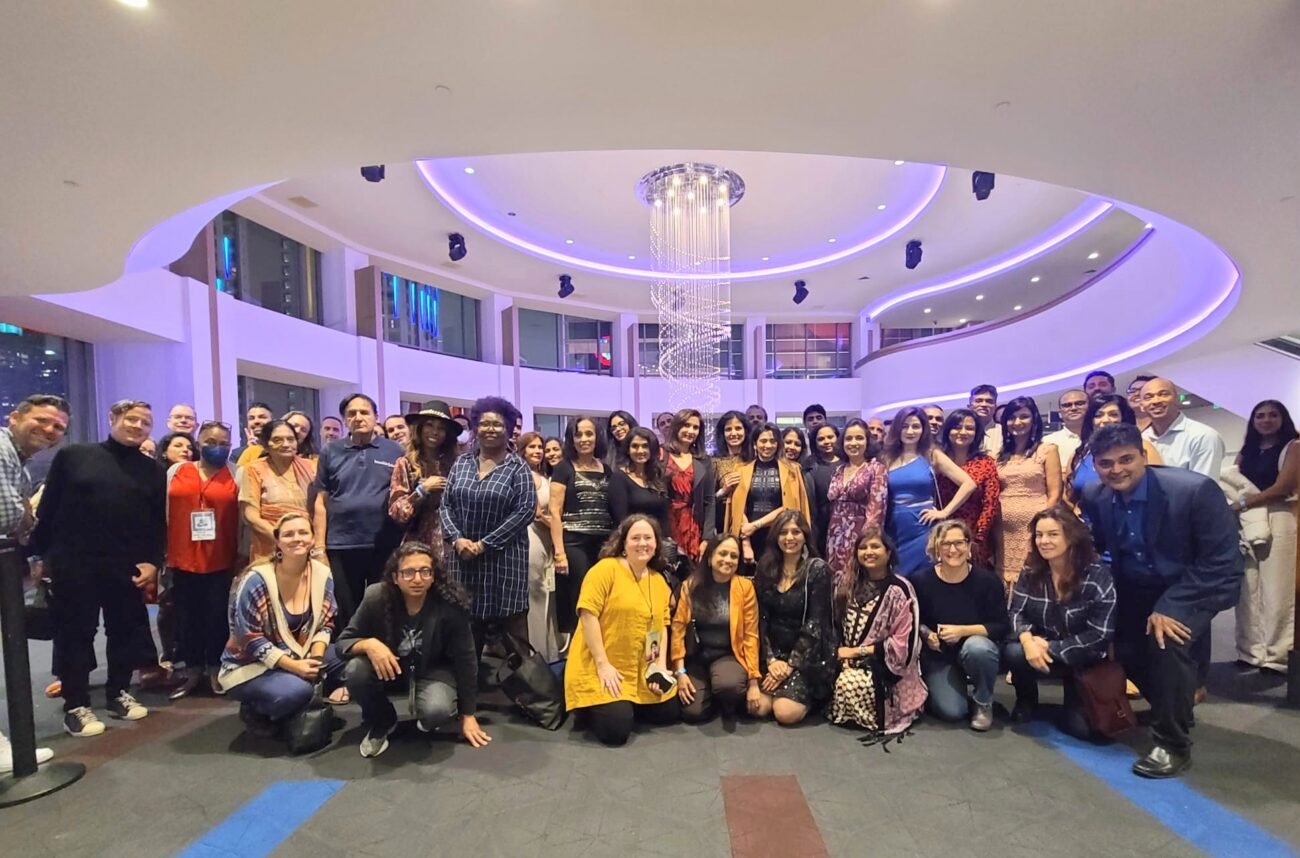 Executive Producers Priti (front row, 5th from right) and Rajiv Sanghvi (front row, right extreme) with some of those who attended the screening in Los Angeles, CA.

LOS ANGELES, CA – Rajiv and Priti Sanghvi, Executive Producers of the film ‘Being Michelle’ screen their film at an event hosted by the Beverly Hills Jain Social Group at Regal LA Live.

President of the group, Rajendra Vora while welcoming actors and other film talent pointed out with pride that the Sanghvis were members of the organization he helms.

The feature-length documentary is about a deaf woman with autism who survived incarceration and abuse and now uses her art to depict her trauma and become a source of healing. Michelle’s trajectory changed when she met Kim Law, a blind volunteer life coach who teaches classes to people in prison. Today, outside of prison, Kim and Michelle are doing the difficult work of unraveling Michelle’s history, of telling the story of Michelle’s traumatic childhood and her adverse experiences in the criminal justice system.

After the screening, Rajiv Sanghvi took questions from the audience.