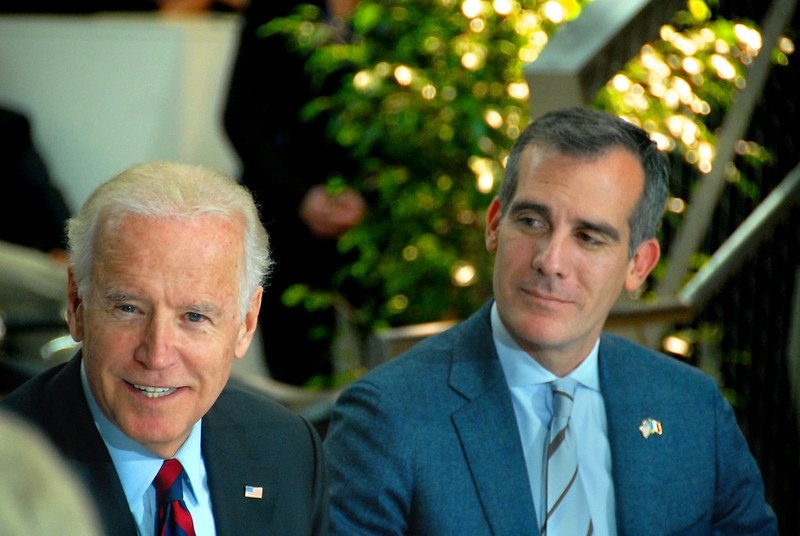 WASHINGTON, DC (IANS) – US President Joe Biden has re-nominated Eric Garcetti, the former mayor of Los Angeles, as the next ambassador to India, sending back the nomination to the US Senate whose Foreign Relations Committee, which clears all ambassadorial appointments, had sent it back to the White House a year ago.

No reasons were cited for the failure of his nomination to go through, but Garcetti had faced internal resistance from the Democratic party’s progressives for his alleged soft handling of sexual harassment allegations against a senior aide.

“I have read with some concern accusations that one of your advisors engaged in a pattern of sexual harassment while employed for you and that you did not respond to those allegations in a way that would have stopped the behavior,” Jeanne Shaheen, a Democratic senator, had asked Garcetti at his confirmation hearing in December 2021.

Garcetti had defended himself saying, “I want to say unequivocally that I never witnessed nor was it brought to my attention the behavior that’s been alleged and I also want to assure that if it had been, I would have immediately taken action to stop that.”

The nomination stalled and was finally deemed returned to the White House. Biden did not return it for a whole year or name a replacement, fueling speculation about the implications of this for the importance for the bilateral relationship for the Biden White House.

“Nearly two years since President Biden’s election to the White House – the Senate still hasn’t confirmed the administration’s nominee for ambassador to India,” Ronak Desai, a lawyer and associate at the Lakshmi Mittal and Family South Asia Institute at Harvard University, wrote in The Washington Post last November. He added: “US-India relations are suffering as a result.”

The US diplomatic missions in India have been led by deputy chiefs of mission since the last ambassador Kenneth Jester, an appointee of former President Donald Trump, finished his tenure and returned to the US just days before Biden took office in January 2021.

At his confirmation hearing, Garcetti had vowed to “double-down on our efforts to strengthen India’s capacity to secure its borders, defend its sovereignty, and deter aggression” – music to ears on Raisina Hill. He also plans to raise thorny issues such as the Indian purchase of the Russian S-400 air defense missile system, human rights, and democratic values.

Comparisons are odious, but Garcetti’s political clout and proximity to the White House had put him ahead of most of his recent predecessors. Also, he is widely expected to run for White House, given his credentials: Hispanic descent, top Democratic operative, a top operative in a presidential campaign, Rhodes scholar at Oxford and alumnus of the London School of Economics.

Fifty-one-year-old Garcetti is close to the White House and was once considered a potential member of the Biden cabinet but the same allegations that came up during his confirmation hearing had come in his way.