HomeIndiaBJP: Which Part of ‘The Kashmir Files’ Untrue? 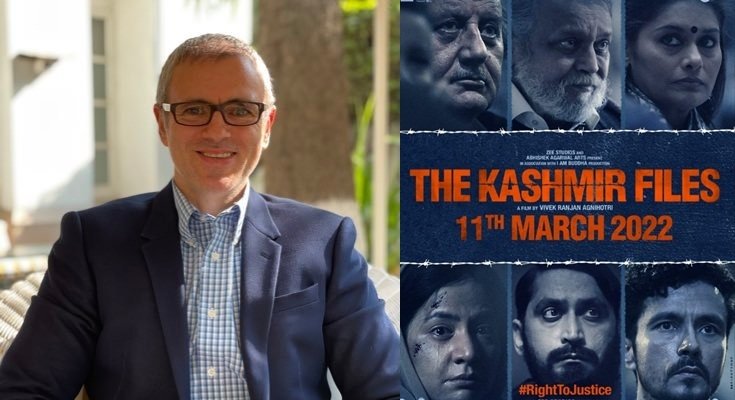 NEW DELHI (IANS) – Hitting out at former Jammu and Kashmir chief minister Omar Abdullah, the BJP asked which part of the movie “The Kashmir Files” does he find untrue. Abdullah has reportedly said that the film is not totally factual, and many lies are projected in it.

National in-charge of the BJP Information and Technology Department, Amit Malviya asked which part of “The Kashmir Files” does Omar find untrue? In a tweet, Malviya said, “Which part of #KashmirFiles does Omar find untrue? The fact that Farooq Abdullah, his father, resigned as CM on 18Jan1990, and as if on cue the genocide was unleashed on hapless Kashmiri Hindus starting 19Jan1990? That he ordered the release of 70 ISI trained dreaded terrorists?”

In another tweet, Malviya said, “Indira Gandhi appointed Jagmohan as Governor of J&K in 1984 and before resigning in July 1989, he had warned Rajiv Gandhi about the dark Islamist clouds threatening the valley. Thereafter Rajiv offered him a ticket to contest LS, which he declined. He was reappointed on 20 Jan 1990 after Farooq Abdullah had quit on 18 Jan1990.” “Jagmohan reached Srinagar on 22 Jan1990. By then (19Jan1990 onwards) jihadis had taken over the valley. Announcements were made from Mosques asking Kashmiri Hindus to convert, leave or die. Like a coward, Farooq had abandoned Hindus,” Malviya added.

Addressing the BJP Parliamentary Party on Mar. 15, Prime Minister Narendra Modi had said more films like this need to be made so that people can know the truth. “Truth should be brought in the right form before the country,” Modi had said.