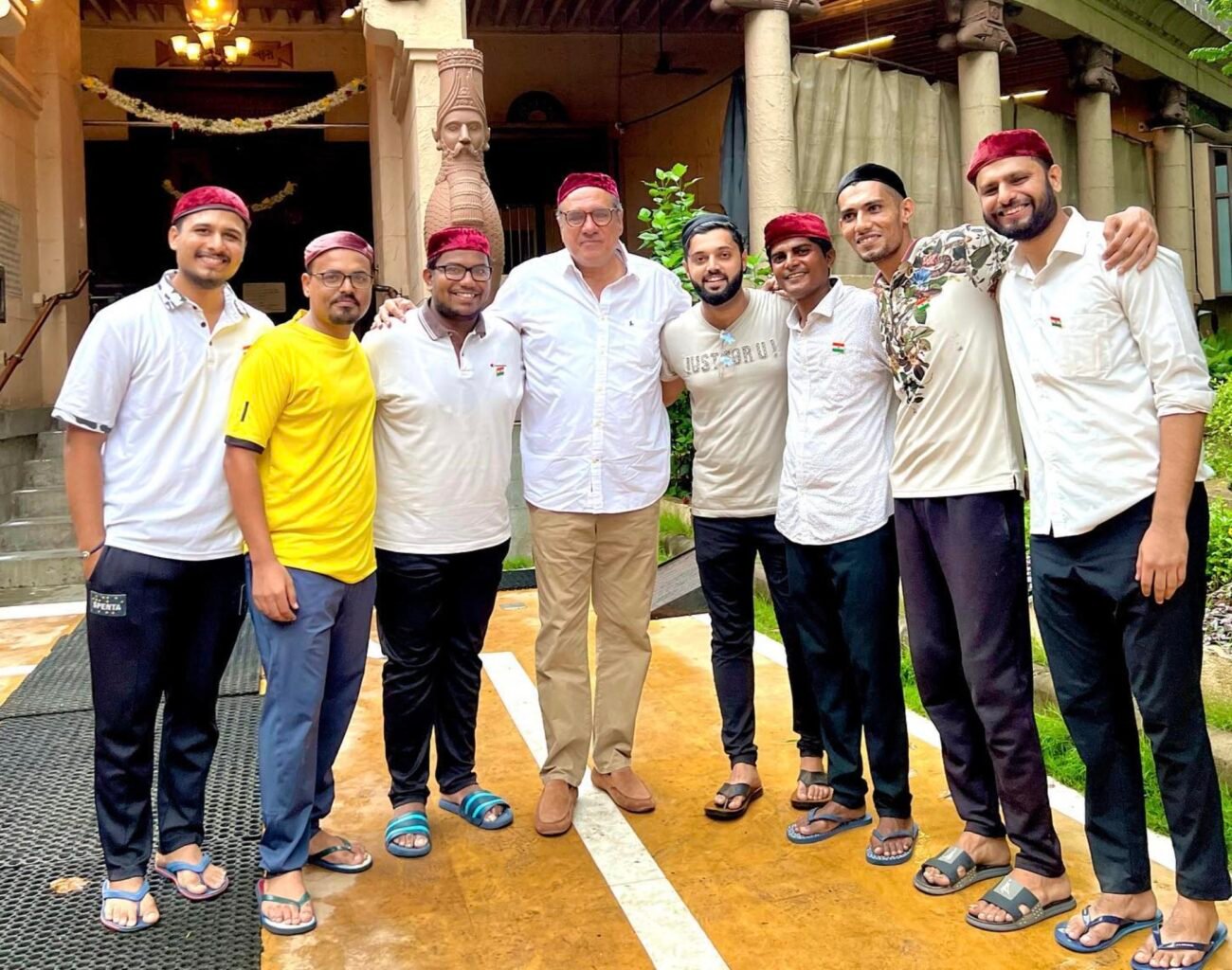 MUMBAI, (ANI) – Several stars Boman Irani, Amyra Dastur and Delnaaz Irani, among others, marked the occasion by celebrating Navroz with family and visiting the temple.

Boman Irani shared a picture from Dadar Parsi Agiary. He captioned the post, “Navroze Mubarak to one and all!!! At the Dadar Parsi Agiary with the lads who have helped out tirelessly during the ten days of mukhtad before Navroze.”

‘Issaq’ actor Amyra Dastur also wished her fans and followers Parsi New Year. She wrote, “May God paint the canvas of your life with the most beautiful colors. May your journey be filled with Peace, Luck, Success, and Joy. Wishing you all a Happy Parsi New Year.”

The ‘Kal Ho Naa Ho’ actor extended the Parsi New year wishes with a picture of herself and her boyfriend Percy Karkaria. She wrote, “Hello everyone, wishing lots of love and warm wishes on the occasion of Navroz to you. May you find happiness and peace, success and prosperity and be extra fortunate in the coming year. Navroz Mubarak to you and your family and as we like to say, “Khaavanu pivaanu hasvanu majeni life”

Navroz, which is the Parsi New Year is dedicated to the beginning of the spring and to promoting peace, solidarity, and friendship among people and different communities.

Navroz celebration is believed to date back to the time when Prophet Zarathustra founded Zoroastrianism, one of the earliest known monotheistic religions in the world, in Persia (now Iran). It was one of the most important religions in the ancient world until the emergence of Islam in the seventh century.

During the Islamic invasion of Persia, several Persians fled to India and Pakistan. Since then, their festivals have become a part of Indian festivities and are celebrated by people from diverse cultures.

Navroz marks the first day of Farvardin, the first month in the Zoroastrian calendar, also known as the Shahenshahi calendar.

For followers of Zoroastrian philosophy, this day represents the time when everything in the universe is completely renewed. Jamshed, a monarch of the ancient Sasanian Empire, is credited with introducing the Parsi calendar. Hence, this holiday is also called Jamshed-i-Nouroz.

On this occasion, Parsi families across India, especially in the states of Maharashtra and Gujarat as they have a sizeable Parsi population, visit the temples to offer prayers.