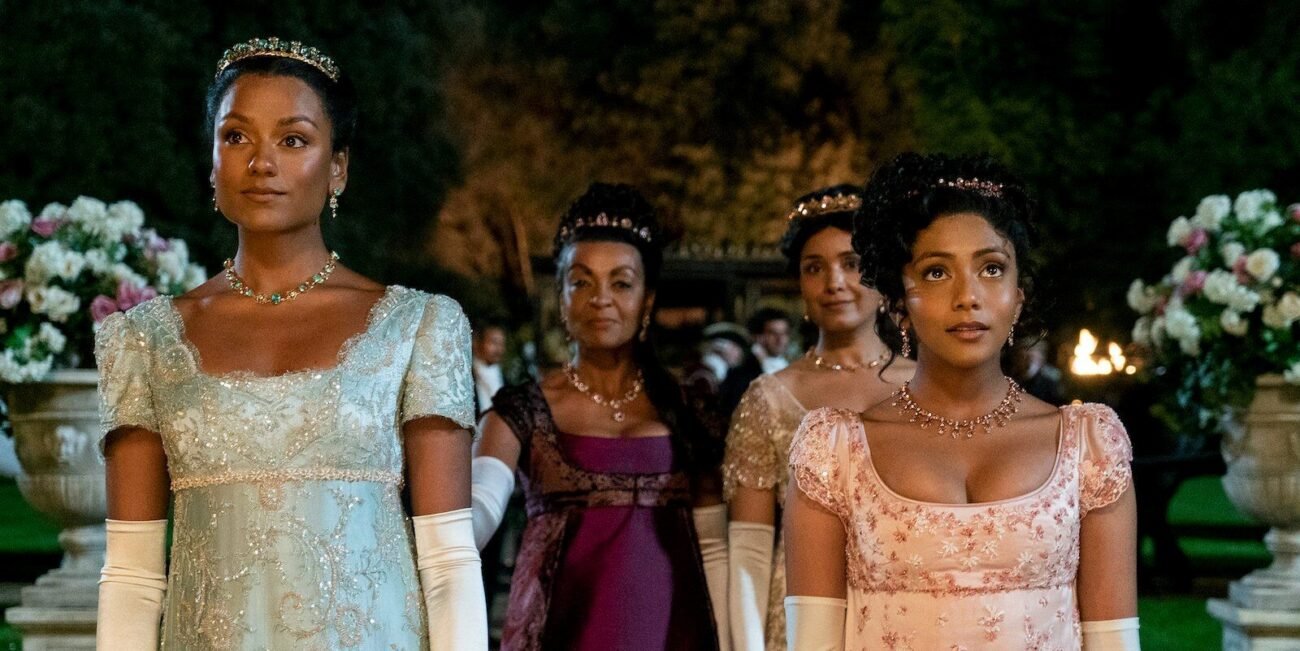 NEW YORK – “Bridgerton” fans may not have Regé-Jean Page (aka Simon, the Duke of Hastings) to drool over, but Netflix is promising that they’ll be swept off their feet in Season 2, this time, by a romance between Anthony Bridgerton (Jonathan Bailey) and British Indian actress Kate Sharma (Simone Ashley), reports Variety.com.

The “Sex Education” star and Bailey promised during a Tudum panel that in spite of all of the arguments you’ll see on-screen between the pair, they certainly aren’t lacking in passion.

On Sept. 25, an exclusive first look of “Bridgerton” Season 2 was released. The Shondaland-produced Regency-era drama is based on Julia Quinn’s novels.

“I couldn’t believe that someone who looked like me could be in those outfits and be in show like that,” Chandran said.

Coughlan noted that Kim Kardashian is a big fan of “Bridgerton” and has a WhatsApp group devoted to watching the show. She dubbed her “Lady Kardashian of Calabasas.” She pointed to the diversity on display in the show as helping to make the costume drama feel very contemporary.

“It’s not your grandmother’s period drama. It’s quietly revolutionary in a lot of things that it does,” Coughlan said. “It doesn’t follow the rulebook at all.”

As a newcomer, Ashley complimented the vibe on the set, stressing that the cast and crew are “a bunch of genuinely kind and lovely down to earth people.”

The new episodes will introduce the fan-favorite character, Kate Sharma. Each book in the Quinn novels (and subsequently, each season) is dedicated to each sibling’s love story, as they navigate the marriage scene in search of romance and adventure in nineteenth-century London.

“We pick up with Anthony after we’ve seen what he’s been through with his mistress. He’s thinking, ‘Was that love?’ Some would call it that, others would not. We’re exploring those concepts of duty and honor once again,” Chris Van Dusen told Variety in an earlier interview.