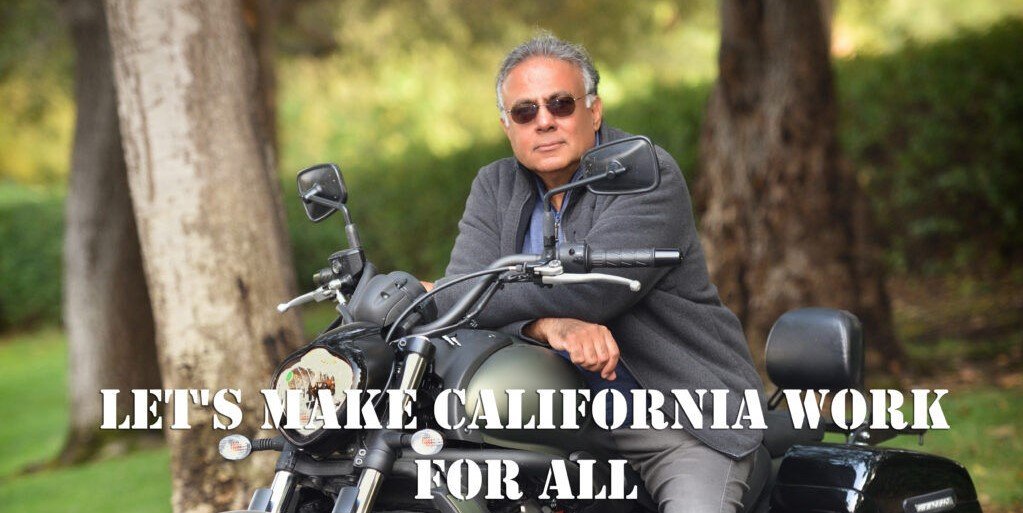 “Hey California! Why does the richest, most powerful state in the USA have so many 3rd world problems? Why are so many Californians angry or checked out? Worried about their future? Trying to make an honest living but falling behind?” These are some of the questions Vivek Mohan asks in his campaign bid to be the next governor of California.

The state’s gubernatorial recall election is set for Sept. 14.

Mohan, who is running as a write-in candidate with no party preference to replace Gov. Gavin Newsom, told India-West in an email he believes the golden state is losing its luster, with the rising rents, massive student loans, drought, not-so-business-friendly environment, high taxes, and high cost of living.

Votes for write-in candidates are only tabulated if the name is included on a list of certified candidates assembled by the secretary of state, according to the San Francisco Chronicle. That list, released Sept. 3, contains seven names, including Mohan’s.

On his official website, letsmakecawork.com, the Livermore-based businessman/corporate executive focuses on not just laying out the state’s complex problems – in particular highlighting that “few are rich and getting richer while the majority of the population is struggling to keep up” – but also offers long term solutions.

His dream and vision for California 2031 include enabling California to become the third largest economy in the world; keeping the bulk of the jobs from the new industries in-state; becoming a global leader in next-generation sustainable solutions; providing a world-class safety net for folks down on their luck or those who genuinely cannot participate in the economy; and ensuring health care and education as rights and not privileges.

Not just bullet points, his agenda is comprised of the elaborate ways in which he plans to execute his vision. For more information, visit letsmakecawork.com.

His website also features a FAQs section wherein he reveals how his friends and family reacted to his decision and why he is venturing into politics now.

He urges voters to support him if they need a “get-things-done person focused on the right problems.”

According to a Los Angeles Times article, a snapshot of Kaul is as follows: No party preference; in construction and real estate development; elective office held: None. Kaul first came to the U.S. from India to attend business school in South Dakota but moved west to escape the cold. The Long Beach resident and naturalized U.S. citizen now runs a construction business. “We immigrants are more loyal. That’s the reason I said I will run for governor,” Kaul said.

Information on Major Singh, said the LA Times report, is: No party preference; software engineer; elective office held: None. Singh seeks long-term solutions to homelessness and wildfires, which he named as two of the state’s biggest crises alongside COVID-19. He wants to harness technology to prevent wildfires and address the social and economic issues behind homelessness. Singh supports vaccination requirements for healthcare workers who interact with patients but would not support a statewide masking mandate.