HomeGlobalCameron To Rajamouli: If You Ever Want to Make a Movie Over Here, Let’s Talk

Cameron To Rajamouli: If You Ever Want to Make a Movie Over Here, Let’s Talk 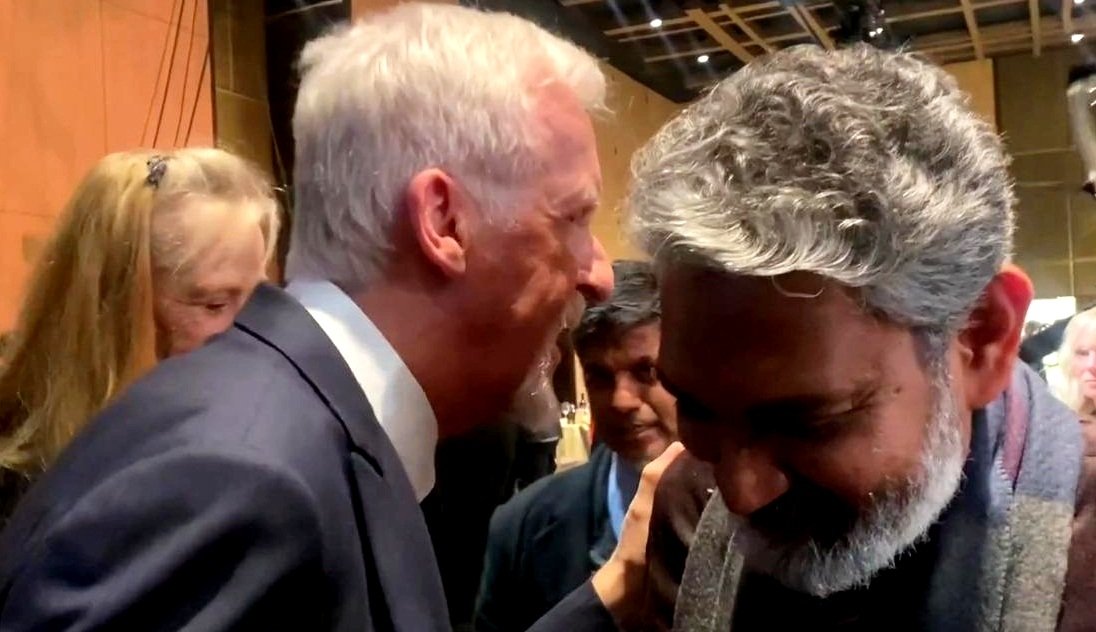 Cameron To Rajamouli: If You Ever Want to Make a Movie Over Here, Let’s Talk

LOS ANGELES, CA (IANS) – Hollywood filmmaker James Cameron, who spoke to Indian filmmaker S.S. Rajamouli, at length, was all praise for his vision, his genius storytelling, and the emotions that drive his characters.

In his conversation with S.S. Rajamouli, Cameron said: “It’s just such a feeling to watch your characters, and your setup, the fire, water, story, reveal after reveal, then moving on the backstory of why he’s doing what he’s doing, the twists and turns and friendship.”

“It’s just so powerful. And I love the fact that you just threw the whole thing out, it’s just the full show. I love that. I can only imagine the pride and power your country and your home audience feels you must feel on top of the world.”

Apart from speaking highly about the film, which Cameron’s wife revealed he watched not once but twice, the ‘Avatar’ and ‘Titanic’ director also extended an invitation to collaborate with Rajamouli on an international film.

James Cameron said while the two iconic directors parted ways: “And one thing, if you ever want to make a movie over here, let’s talk.”