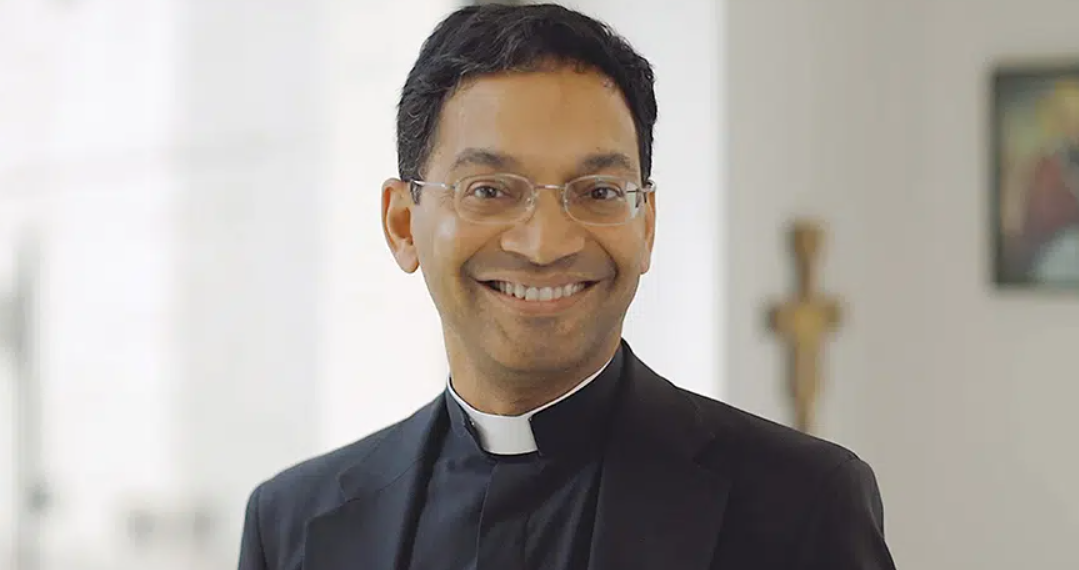 COLUMBUS, OH – On Apr.3, the Vatican announced that Pope Francis has appointed 49-year-old Indian American Cincinnati pastor, Father Earl K. Fernandes the next bishop of the Diocese of Columbus, OH.

He will become the first ever Indian American to head a U.S. Roman Catholic diocese. His episcopal ordination and installation will be on May 31.

The Catholic News Agency reported on the bishop-elect’s comments at a press conference. He said, “The pope wants a synodal Church, a Church that walks together…The Holy Father says sometimes the bishop has to walk in front of the people, leading them. Sometimes he has to walk in the midst of them, listening to them (and) their joys, their sorrows. And sometimes he has to walk behind him, so that no one gets left too far behind…I want to walk with the people of God here in the Diocese of Columbus.”

Bishop-elect Fernandes is a native of Toledo, OH, the fourth of five boys. His late father, Sydney Fernandes, died in 2019, was a physician and his mother, Thelma a school teacher in India who later earned master’s degrees in education and social work and worked at a university.

“I am grateful for the gift of life and faith that they imparted to my brothers and to me, and for the many hidden sacrifices they made for us boys,” he told the media.

Bishop-elect Fernandes enjoys sports, movies and hiking. He is an avid reader and writer and has particularly strong interest in education, culture and languages. Most of all, he enjoys people.