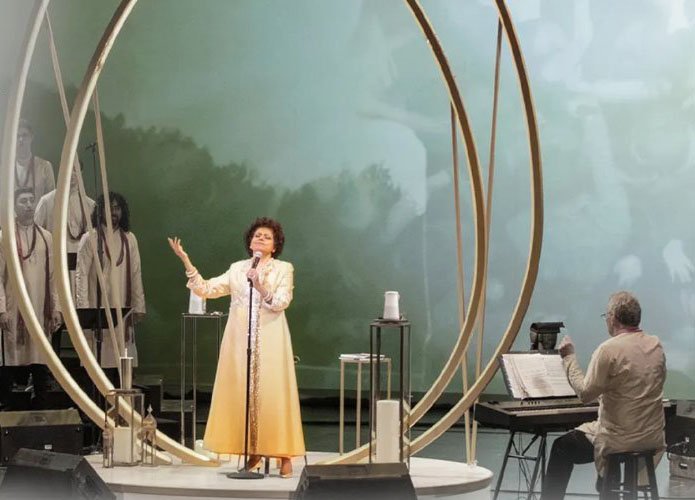 NEW YORK, NY –  The Tandon School of Engineering, named after Indian American philanthropists Chandrika and Ranjan Tandon at New York University will have a fresh infusion of $1 billion over the course of the next two decades. The investment, announced by NYU President Andrew Hamilton, aims to improve the ranking of the school as well as help the city itself get recognized as a technology hub.

Chandrika Tandon, who, along with her husband, Ranjan had donated $100 million to the school in 2015, and was also present at the announcement, tweeted, “Continuing the stunning upward trajectory! So, thrilling!”

The university in a statement said it had acquired a 350,000-square-foot building adjacent to the Tandon School and that it aims at recruiting 40 new full-time tenure track faculty, fueling groundbreaking research, and growing and modernizing its Downtown Brooklyn campus.

Chandrika was born in Tamil family in Chennai and is the sister of former Pepsi CEO Indra Nooyi. She established Tandon Capital Associates in 1992 and in her storied career also lays claim to musical excellence having been nominated for the Grammy awards.