HomeSportsChennai Back on Top of IPL After Beating Hyderabad 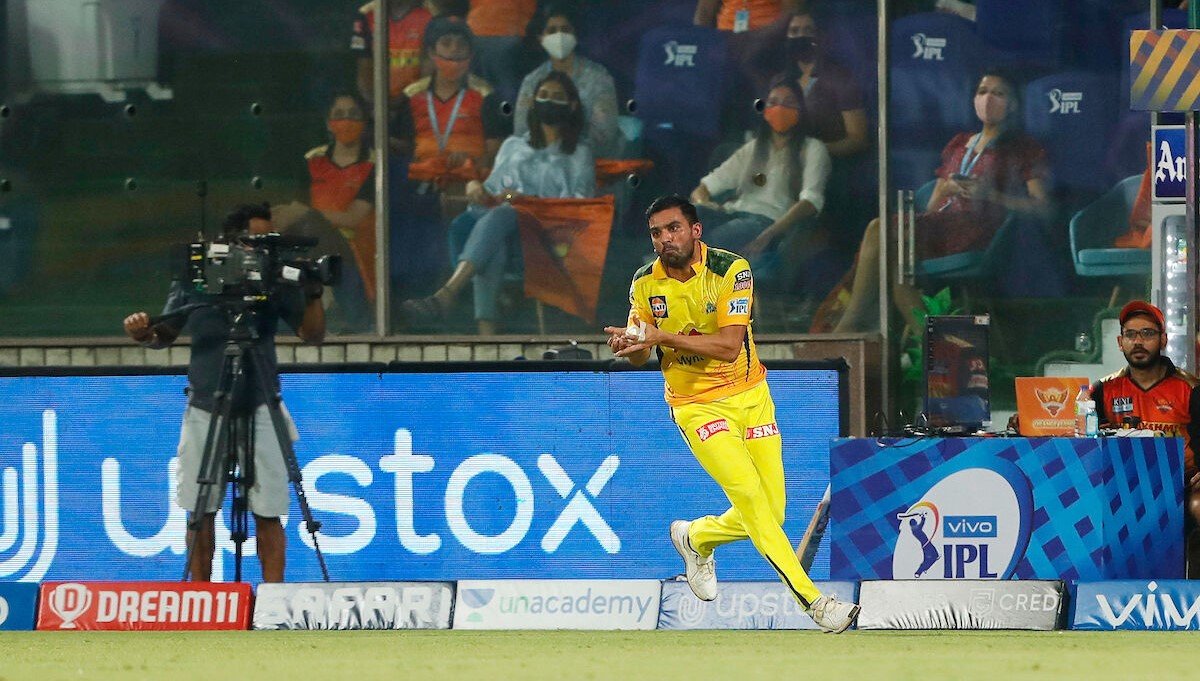 NEW DELHI — Chennai Super Kings returned to the top of the Indian Premier League with their fifth successive win as they beat Sunrisers Hyderabad by seven wickets April 28.

Chennai’s opening pair of Ruturaj Gaikwad (75) and Faf du Plessis (56) featured in an attractive century-stand to cruise their team to 173-3 with nine balls to spare.

Hyderabad, which won the toss and elected to bat, made 171-3 with Manish Pandey (61) and captain David Warner (57) consuming too many balls for a 106-run second wicket-stand.

“The batting performance was superb, but that doesn’t mean the bowling was not good,” Chennai skipper Mahendra Singh Dhoni said. “It was a surprisingly good Delhi wicket, there was no dew.”

Gaikwad’s dominance against the spin saw him smashing 10 of his 12 boundaries against Afghanistan’s ace leg-spinner Rashid Khan (3-36) and left-arm spinner Jagadeesha Suchith, who conceded 45 runs off his three overs.

With their fifth loss in six games, Hyderabad are at the bottom of the table with only two points. Chennai lead the table with 10 points on a better net run-rate than Royal Challengers Bangalore, which also have 10 points after playing six games.

Khan finally broke through the rollicking 129-run first wicket stand off 78 balls when he had Gaikwad clean bowled off a delivery which spun away from the right-hander.

Khan went on to claim two more wickets in his last over with de Plessis getting trapped leg before wicket and Moeen Ali (15) holing out in the deep before Suresh Raina (15 not out) sealed the game by hitting Sandeep Sharma through the cover boundary.

Earlier, Pandey scored more freely than Warner as Chennai kept both batsmen in check. South African fast bowler Lungi Ngidi removed both batsmen in his last over when Warner holed out at sweeper cover and du Plessis neatly caught Pandey at wide long on.

Kane Williamson (26 off 10 balls) hit Shardul Thakur for three fours and a six in the penultimate over and Kedar Jadhav smashed Sam Curran for 10 runs off the last two balls which lifted Hyderabad’s total in the end.

Warner took the responsibility for consuming too many balls — 55 deliveries — for his team’s yet another defeat in the tournament.